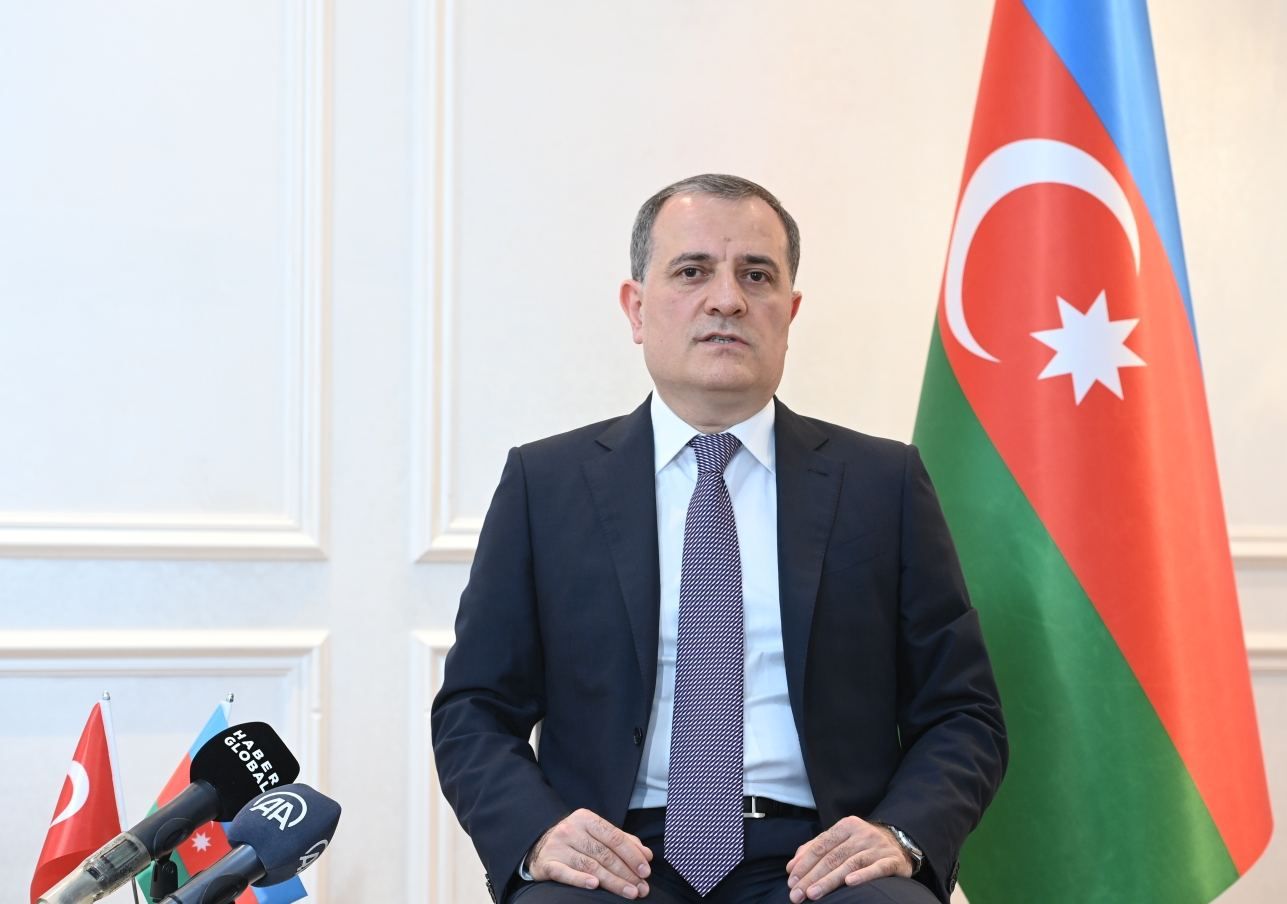 Azerbaijani Foreign Minister Jeyhun Bayramov gave an interview to the leading Turkish media agencies as part of his working visit to Turkiye on August 9, according to Azerbaijan in Focus, reporting Azernews, citing the ministry.

In the interview with TRT World, as well as Hurriyet, Anadolu Agency, Haber Global, and Daily Sabah reporters, Bayramov talked about Azerbaijan’s efforts to ensure peace and security in the region after the 44-day war.

He responded to questions about the Azerbaijani-Armenian peace talks under the auspices of the European Union, Armenia’s latest provocations against Azerbaijan, Armenia’s violation of the Trilateral Statements and non-fulfillment of its obligations, the Turkiye-Armenia normalization process, measures on the Zangazur Corridor, as well as related to the Shusha Declaration, and the attack on the Azerbaijani Embassy in London by a radical religious group.

The minister informed the media representatives about Azerbaijan’s high level of relations with Turkiye and numerous areas of cooperation, Azerbaijan’s views and steps to ensure peace, security, and development in the region, the country’s restoration and reconstruction efforts, the restoration of transport and communication lines, and the threat of landmines in the liberated lands.

According to the ministry, Bayramov also addressed other areas of mutual interest, during the interview.