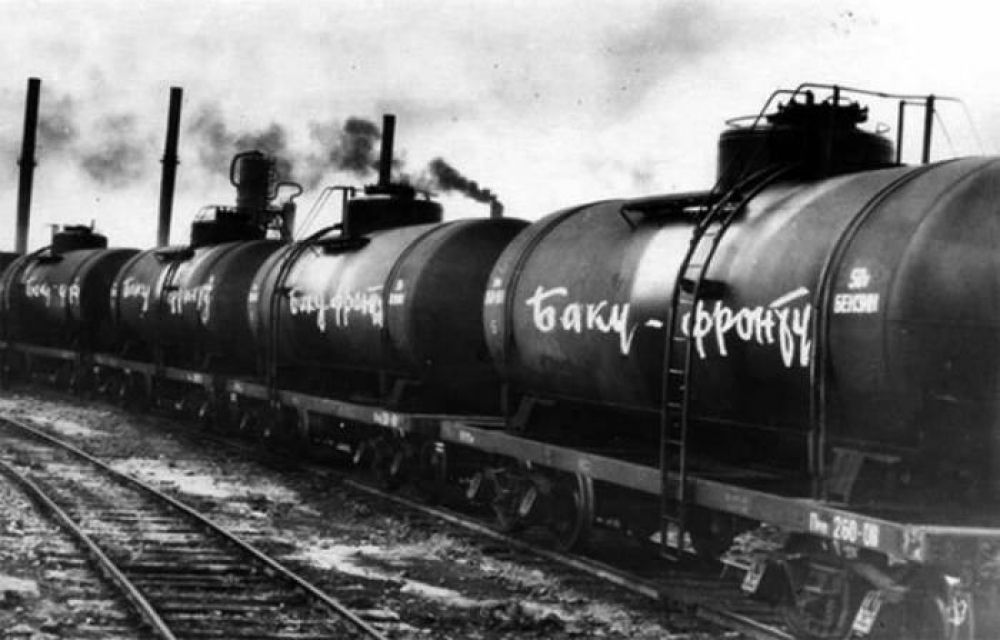 The film notes the strategic importance of Azerbaijani oil during the World War II. It mentions that Azerbaijan produced 75 million tons of oil in 1941-1945, providing 70% of oil and 80% of fuel to the Soviet army during WWII.

The film states that Hitler prioritised the invasion of Baku and its oil fields to cripple the USSR and win the war.

Emphasising the bravery of Azerbaijani people during WWII, the film underlines that 700,000 Azerbaijani soldiers courageously fought on the front lines, and that 400,000 of them lost their lives. It also notes that 128 Azerbaijanis were awarded the title of the Hero of the Soviet Union.

The film also stresses that Azerbaijan sheltered over 10,000 Jews fleeing the Holocaust, and notes the words by the President of the World Jewish Congress, Ronald Lauder: “During the Holocaust Azerbaijan became one of the few shelters and a real homeland for European Jews that saved their lives and their children’s lives from the Nazis.”

It concludes that every year, May 9 is celebrated as a Victory Day in Azerbaijan. The film has been translated into Spanish, Greek and Albanian languages by Azerbaijan’s Embassies in Argentina and Greece.

Considering the importance of short films in the current social media age, the Consulate General has produced 23 films on different topics about Azerbaijan since 2019. Some of them have been translated into many different languages.