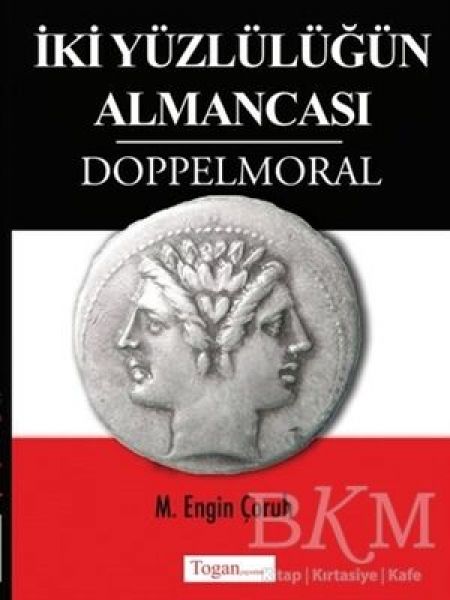 M. Engin Çoruh: We must fight for the Khojaly genocide not to be forgotten

The author of the book “German of Hypocrisy: Doppelmoral” (“İkiüzlülüyün almancası: Doppelmoral”), M. Engin Çoruh, gave a short interview from Stuttgart on the 30th anniversary of the Khojaly genocide, according to Azerbaijan in Focus, reporting Turan News.

Turkey began its effective fight against the slander of the “Armenian genocide” after the decision of the parties in the Parliament on April 13, 2005. We see that you started your study on the Khojaly genocide in the mid-1990s. Looking back, what points would you like to draw attention to?

Çoruh: When I look back, I get nervous and anxious. First of all, I must say that we were not informed about the “Armenian genocide”, which was first raised in 1965, while I was studying at university. Since there was no “Armenian genocide”, there was no need to inform us. However, this fish story was put into circulation with the click of a button by a secret hand. In the early 1970s, the Armenian terrorist organization began to kill our diplomats. The allegations of “Armenian genocide” based on lies were first made by the British in 1919. At the end of the First World War, the British were looking for a pretext to exterminate the Turks; therefore, they published “Blue Book” claiming the “Armenian genocide” and took many high-ranking officials in the Ottoman Empire to the island of Malta. As the British prosecutor’s office, looking for facts in government offices, could not find any facts, they were forced to release all the Turks they held captive in Malta. Since then, all allegations about the “Armenian genocide” are a lie. For example, in his speech on April 24, 2015, the former President of Germany referred to the book “The Forty Days of Musa Dagh” by Franz Werfel as a historical document. You say that the first step against these lies was taken in April 2005. So, it means we were delayed for 40 years. I started this study in 1995 because of the Khojaly genocide of 1992, and I searched the German archives. After 1995, it became fashionable to consider the events of 1915 as a “genocide.” In 1999, I organized a meeting in Stuttgart with the participation of American historian Professor Justin McCarthy, Professor Erich Feigl, and Turkish Ambassador to Germany, Pulat Tacar. The Bundestag passed a resolution recognizing the “Armenian genocide” in June 2016, and I wrote a book against that decision with the documents in my possession.

When you deepened your research on the Khojaly genocide, did anyone from Azerbaijan or Turkey show interest and support?

Çoruh: After my archival study showed that the allegations of the “Armenian genocide” were a pack of lies, I prepared a draft project and sent it to the Ministry of Foreign Affairs through the Turkish Consulate General in Stuttgart. The answer I received a year and a half later, unfortunately, was not satisfactory and we could not implement the project. Through our Consulate General, I was invited to the Ministry of Foreign Affairs in Ankara in 2012, and they asked me for a project. I wrote and sent, and after confirmation, I was invited to the embassy in Berlin. The project I wrote was changed and given to another researcher. If I continued that work, the Bundestag would not have made a decision recognizing the “Armenian genocide” in 2016. Doğu  Perinçek’s appeal to the ECtHR in June 2008, like all people in an objective position, encouraged me. The fact that the firstly, the ECtHR in December 2013, and secondly, the Grand Chamber in May 2015, proved Switzerland to be wrong helped me to deepen my study. The step taken by Doğu Perinçek was an appropriate, necessary, and historic step.

It is known that you are fighting against the decision of the Bundestag of June 2016. What would you say about this?

Çoruh: With the decision of the Bundestag on June 2, 2016, the Germans also joined the ranks of the imperialists. This decision is embarrassing for Germany. Because the documents in my possession show that after the Armenians revolted in Van in February 1915 and captured the city, the decision to relocate them was made by the Ottoman government at the instigation of the German state. When the Russians arrived in Van, the Armenians handed over the city to them and declared it a state. After the remaining 120,000 people were killed in the city, the Germans were forced to recommend to the Ottoman government to relocate the Armenians to other parts of the empire. Imagine for a second that in 1915, if the same separatist acts had taken place in the territory of any great power in the world, would not appropriate measures have been taken? During the First World War, German soldiers in the Ottoman city of Urfa killed all the Armenians there, and German artillery shelled the Armenians in the settlement of Zeytun at the foot of Musa Dagh (Mount Musa). Although the documents I saw in the German archives completely revealed the facts, that decision of the Bundestag is completely unfounded.

The first genocide after the end of the Cold War was committed by Armenians against the population of Azerbaijani origin in the Khojaly settlement of the Karabakh region of Azerbaijan. You have studied this issue extensively in your books and articles. What would you say on the 30th anniversary of the Khojaly genocide?

Çoruh: Imperialist states write and implement scenarios for their own interests. People who were killed and persecuted are of no value to them. What is the name given to the murder of a pregnant woman by two murderers who pierced her belly with a bayonet? They are not humans, but wild animals. There are countless examples like this. As Bertolt Brecht said, “A man who doesn’t know the truth is just an idiot, but a man who knows the truth and calls it a lie is a crook.” I think that people who know the truth about the Khojaly genocide but do not tell it are worse than a crook. Those who do not tell the truth serve the interests of murderers and criminals. This is a situation that humanity should be ashamed of.

Despite the fact that Azerbaijan has liberated a large part of its lands from occupation, Khojaly, where genocide was committed by Armenians 30 years ago, is still under occupation. Do you think this situation will put the Khojaly genocide in the background of the world agenda?

Çoruh: In my opinion, one of the goals of the imperialists, who keep the lies of the “Armenian genocide” on the world agenda, is to prevent the Khojaly genocide from remaining at the top of the world agenda. Of course, Russia is trying to implement decisions in its own interests and will continue to do so. In fact, Russia’s plans for Khojaly depend on our own reactions. What can we gain by doing nothing? If we do not join forces, how can we force the other side to act? If we are strong, Russia will not only have to forget Khojaly but also have to leave Khojaly.

How will the positive or negative outcome of the talks to normalize relations between Turkey and Armenia affect whether the “genocide” allegations remain on the agenda?

Çoruh: It is a big mistake for Turkey to discuss this while knowing that it is wrong. In the near future, this issue will be on the agenda of the British and Israeli parliaments; however, Turkey is doing nothing but observe the process. The greatest fear of the imperialists is the unification of the two brothers, the Azerbaijani and Anatolian Turks. We need to join forces. We must also be able to attract well-meaning people from the Armenians. History will definitely reveal the truth. We must not give up working hard.