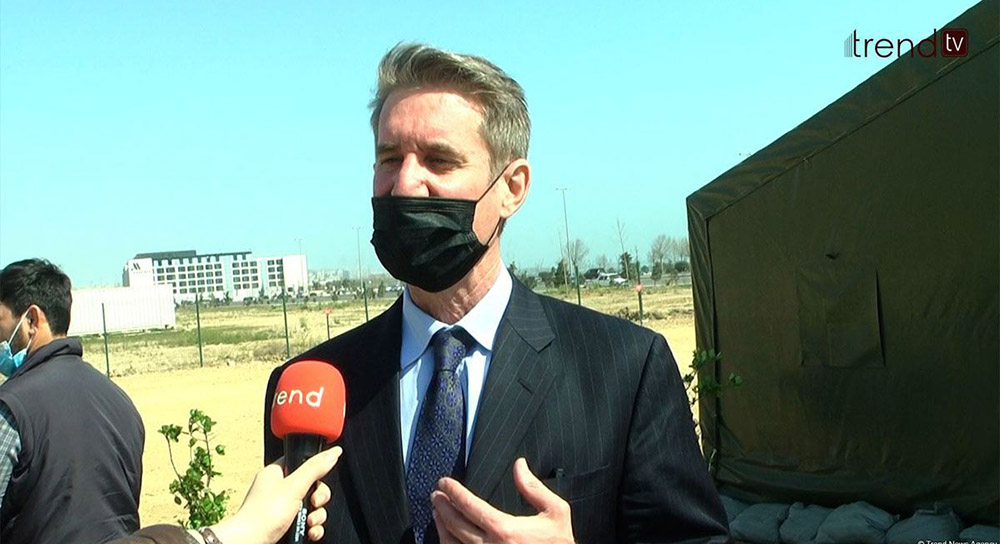 Matthew Bryza: Armenia Obligated Under International Law To Provide Mine Maps To Azerbaijan

The fact that Armenia doesn’t provide Azerbaijan with mine maps is the humiliation of the international law, said the former US ambassador to Azerbaijan Matthew Bryza, according to Azerbaijan in Focus, reporting Trend News.

A complete ceasefire and a cessation of all hostilities in the zone of the Nagorno-Karabakh conflict was introduced on November 10, 2020.

Following the liberation of its lands, Azerbaijan from November 2020 started carrying out operations on clearing its lands from mines, booby traps, and various weapons left behind by the Armenian troops. Armenia has not yet provided Azerbaijan with maps of the minefields on the liberated territories.

Bryza said Armenia is obligated, under international law, to provide these mine maps.

He also said that Azerbaijan is ready to turn the new page and leave the war behind and look for ways to come together where Azerbaijanis and Armenians can live together, but Armenian political system will not allow that.

Thus, people in Armenia who are proposing or agreeing to cooperate with Azerbaijan, which do exist, even in the government, get politically attacked as being traitors.