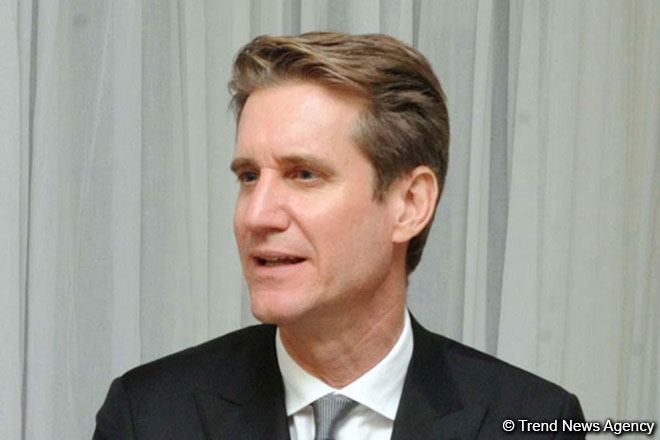 The fact that Azerbaijan is going to help Armenia maintain a steady supply of natural gas whether from Russia or anywhere else, is another sign of how positively and humanely Azerbaijan has behaved in the aftermath of the Second Karabakh War, said the former US ambassador to Azerbaijan Matthew Bryza, according to Azerbaijan in Focus, reporting Trend News.

Russian gas will be temporarily transported to Armenia through Azerbaijan due to the repair of the North Caucasus – Transcaucasia gas pipeline.

“For this reason, the Russian side requested Azerbaijan to allow to temporarily transit its natural gas to Georgia through its territory and the sides reached an agreement on paid transit,” said Ahmadov.

Bryza pointed out that this step is another sign of how Azerbaijan is committed to help Armenia reintegrate with its neighbors and thereby to heal the wounds of war by generating economic cooperation and economic growth.

“It would be very wise of Armenia to take advantage of this opportunity. Unfortunately, the political crisis in Armenia has led to such a psychological pain that it is often impossible for the political leadership and even the common citizens of Armenia to recognize what a great opportunity is before them. That opportunity of course is the November 10 agreement which among other things says that all transportation roads in the region are reopened. There are many opportunities in terms of infrastructure projects now that Azerbaijan and Turkey are willing to pull together that can benefit Armenia and I hope that Armenia will accept this opportunity,” he concluded.