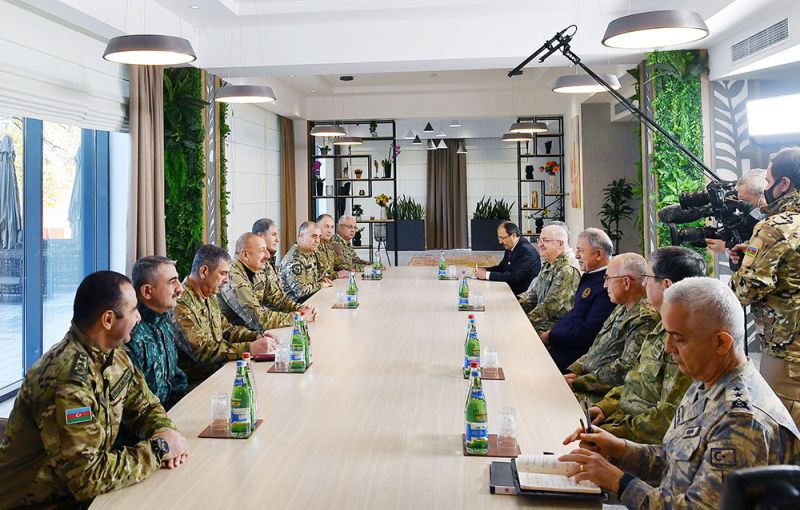 Meeting of Azerbaijani and Turkish high military command in Shusha

On November 8, the heads of security agencies of Azerbaijan and Turkey met in Shusha, according to Azerbaijan in Focus, reporting Turan News.

Welcoming the guests, President Ilham Aliyev praised the fact that the entire high command of the Turkish army came to Azerbaijan to celebrate the victory day of the Patriotic War. He called it an indicator of the degree of friendship and brotherhood between the two countries.

Further cooperation between the two countries in the military sphere was discussed during the meeting.

It should be noted that from the Azerbaijani side the heads of the Ministry of Defense, Interior Ministry, State Security Service, Intelligence Service, General Staff, Border Troops and the Commander of the Air Force took part in the meeting.