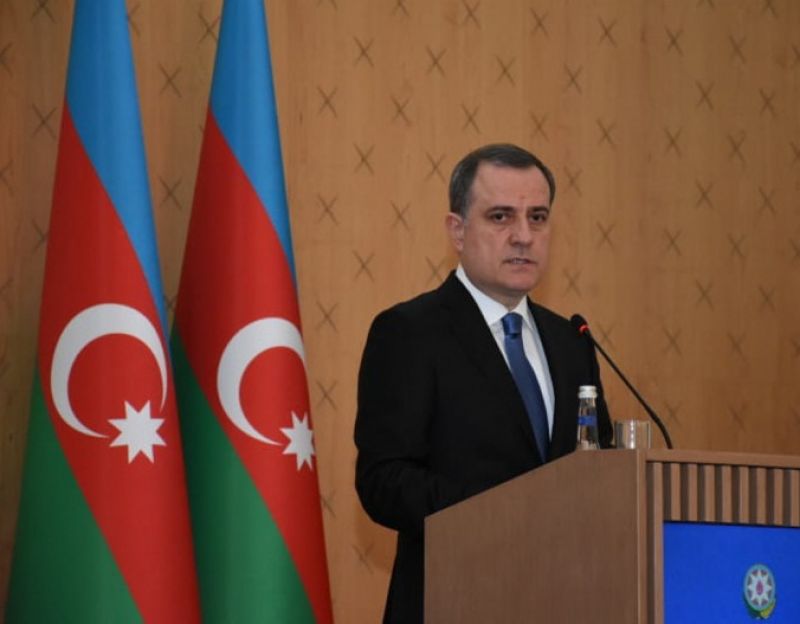 A meeting of the foreign ministers of Azerbaijan and Armenia was held in New York with the participation of the OSCE Minsk Group co-chairs, according to Azerbaijan in Focus, reporting Turan News, citing the press service of the Azerbaijani Foreign Ministry reported.

Jeyhun Bayramov and Ararat Mirzoyan held “an exchange of views on promoting the process of normalizing relations between Azerbaijan and Armenia, taking into account the new realities in the region.” The well-known position of Azerbaijan on the post-conflict situation was brought to the attention of the opposite side, the message says.

In turn, the OSCE Minsk Group Co-Chairs made a statement following the meetings with the Foreign Ministers of Armenia and Azerbaijan. The document notes that the OSCE Minsk Group Co-Chairs – Igor Khovaev (Russia), Stefan Visconti (France), Andrew Shofer (USA), offered Yerevan and Baku specific targeted measures to de-escalate the situation, as well as possible further steps.

Earlier, the co-chairs held separate meetings with Bayramov and Mirzoyan. The meetings were attended by the Personal Representative of the OSCE Chairman-in-Office Andrzej Kasprzyk.

“The co-chairs and foreign ministers discussed a wide range of unresolved issues between Armenia and Azerbaijan,” the statement said. The mediators stressed their strong support for the actions taken by the OSCE CiO and his team.

“The Co-Chairs welcome this first meeting of the two foreign ministers since November 2020 as a sign of the two countries’ determination to resume the peace process through direct dialogue aimed at promoting security, stability and prosperity in the region,” the statement said.

The Co-Chairs also reaffirmed their commitment to continue to work with the parties to find comprehensive solutions to outstanding issues related to the Karabakh conflict or stemming from it, within their mandate.