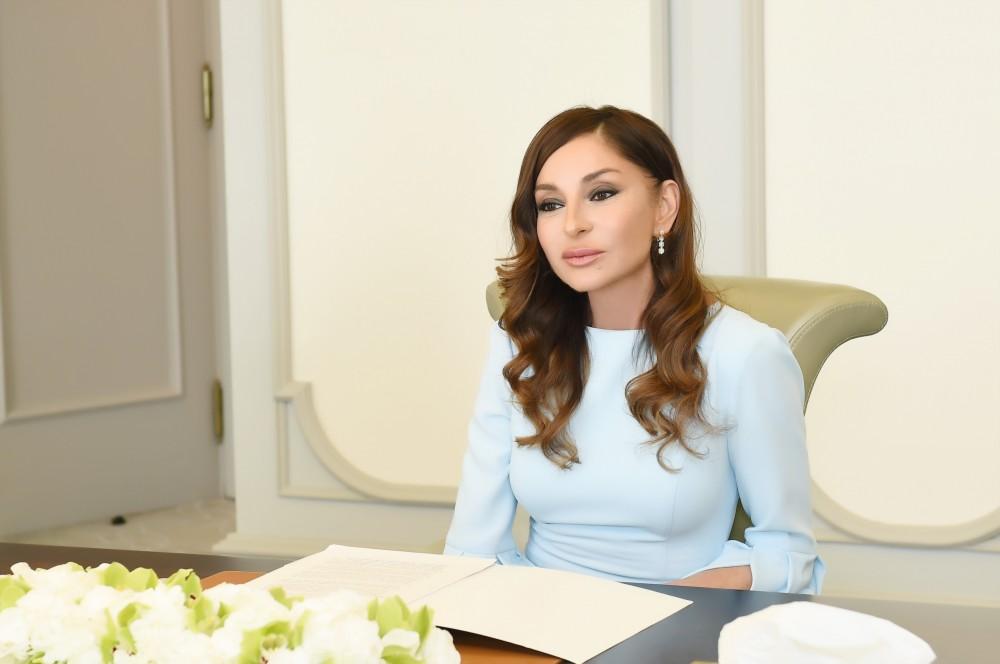 Mehriban Aliyeva, First Vice-President of the Republic of Azerbaijan, has made an Instagram post on the occasion of the historic victory in the reignited Armenian–Azerbaijani Nagorno-Karabakh conflict, according to ‘Azerbaijan in Focus’, quoting Trend News:

The great day – the Day of Victory has come! The territorial integrity of the Republic of Azerbaijan is restored! Historic justice is restored! I sincerely congratulate the Azerbaijani people on this truly landmark event!

Armenia has acknowledged its total and unconditional capitulation! We have accomplished our noble mission of liberation with honour! We have made a stand for our Motherland, liberated ancestral Azerbaijani lands from occupation and gained the victory so desperately awaited by Azerbaijan! Over many long years, we have waited for the triumph of truth and justice! Our almost 30-year-long participation in the negotiation process for peaceful settlement makes evident our commitment to peace.

Over 27 years, Armenia has been ignoring the UN Security Council resolutions that demand immediate, full and unconditional withdrawal of aggressor forces from all occupied Azerbaijani territories. There has been no end to the military provocations staged by Armenia. Azerbaijan has demonstrated and proved to the entire world that it is able, on its own, to liberate the occupied lands using its own forces and might, and has done so!

During the military actions since 27 September 2020, the Azerbaijani Army has liberated over 300 living districts, including five cities and four towns, together with a huge number of strategic elevations. Only a few hours after the liberation of the cultural pearl of Azerbaijan – the city of Shusha – our soldiers have succeeded in placing 72 living districts and nine strategic elevations under their control, which have incontestably led the military and political leadership of Armenia into the impasse.

Our Army has fought for the sake of its sanctuaries, our Motherland, our common home, and has stood up and became the victor in this sacred battle!

In these minutes, Azerbaijanis around the world have been filled with joy and pride! They feel proud of our President and brave soldiers and officers that represent the patriotism, unity, staunchness and solidarity of the Azerbaijani people!

Each of us is immensely thankful to our President and Commander-in-Chief Ilham Aliyev! The modern and strong Azerbaijani Army has been created under his leadership! Indeed, thanks to his staunch will, bravery, resolve and determination, the Azerbaijani Army has made the enemy collapse by defining the end result of this war and bringing its victorious end!

The respect, passion, confidence, faith and support of the Azerbaijani people have given the President the strength to help him terminate the Armenian–Azerbaijani Nagorno-Karabakh conflict which is one of the longest unresolved conflicts in Eurasia. Under his leadership, we have gained the Victory that has restored our people’s self-confidence! The greatness of this Victory will leave a centuries-long imprint in the history of the Azerbaijani State!

There have been also tragedies and heavy losses, both over the years of treacherous occupation of our lands and in the period of the recent hostilities. The peaceful civilians in our cities and villages have perished in the aftermath of cruel attacks, far away from the combat zone. Children, women and the elderly have lost their lives. But, Azerbaijan has stood up! I reiterate my deep condolences to the bereaved! Their death has not gone unpunished! The Azerbaijani Army and the Azerbaijani State have avenged all bloodshed of our compatriots!

In the heart of every Azerbaijani, we will always cherish the bright memories, respect and sincere pride for the generation that defended and revived our Motherland! Our soldiers and officers have fought with no thought to their own lives. They have become the exemplars of nobility and genuine patriotism.

All are united today by the heroic deeds they have undertaken for the sake of the Motherland and its might! We pay tributes to their fearlessness, will and intrepidity. We revive the memories of all those that have bravely fought the occupiers and restored the territorial integrity of Azerbaijan! We bow our heads before those parents that have grown and educated their brave sons, whose names are forever inscribed in the history of the Azerbaijani State! May Allah rest the souls of all our martyrs, who have died for the sake of the Motherland, in peace!

This war has, once again, demonstrated us one phrase that we knew throughout the centuries: a friend in need is a friend indeed. Our thanks go to all our friends around the world! Our thanks are because you have shared our grievances and openly expressed your principled and fair standpoint in support of the Azerbaijani people. I express my particular gratitude to the brotherly Turkish people and, personally, to President Recep Tayyip Erdogan. Every Azerbaijani is proud of their solidarity and support.

Congratulations on the Day of Liberation of Karabakh! We have gained the Victory! Karabakh is Azerbaijan!

With lots of respect and love