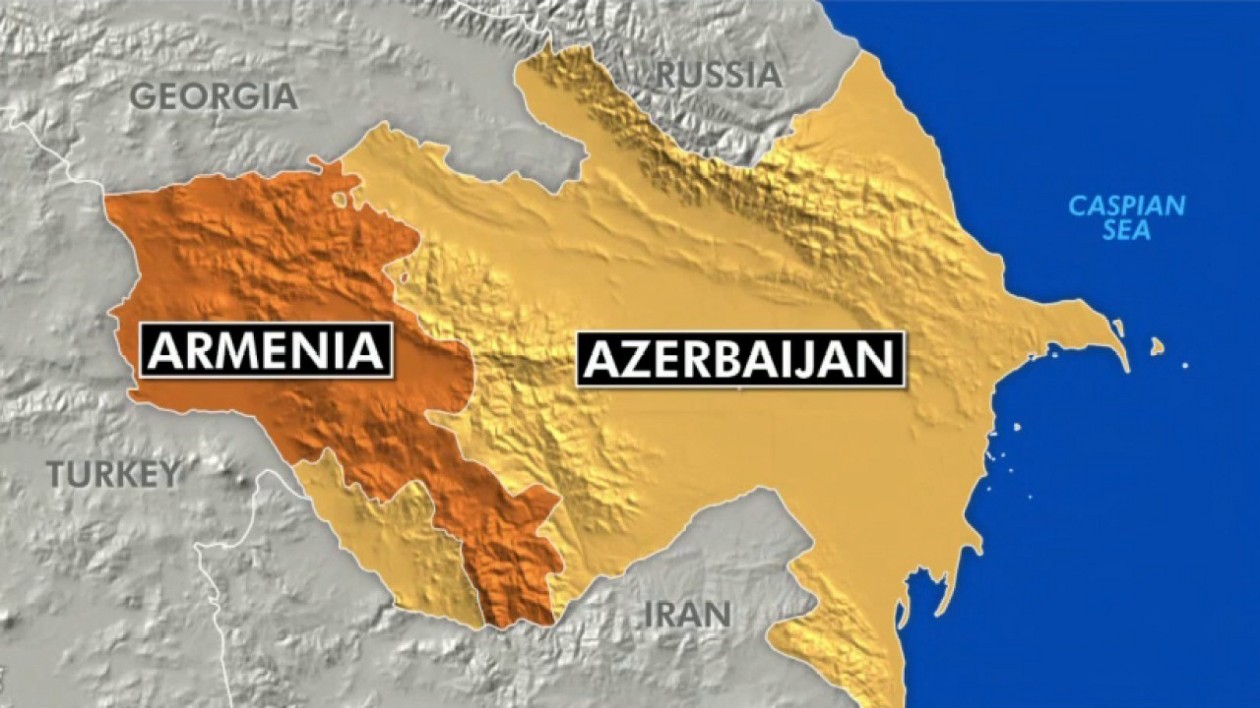 Members of Congress Should Promote Azerbaijan-Armenia Peace, not Conflict

Representatives Jackie Speier and Adam Schiff’s recent San Francisco Chronicle article, regarding Azerbaijan-Armenia conflict, was challenging to read, perhaps especially because it was written by two elected members of the U.S. Congress. One should sincerely hope that an article authored by trusted stewards of democracy would be the last place to find historical revisionism.

This conflict began 30 years ago, when Armenia invaded, occupied and ethnically cleansed 20 percent of Azerbaijan’s sovereign territory, including Nagorno-Karabakh and seven adjacent districts, and expelled 800,000 Azerbaijanis from their ancestral lands. Together with 250,000 Azerbaijanis, who were subjected to anti-Azerbaijani pogroms in Armenia and expelled from that country at the start of the conflict, the number of forcibly displaced Azerbaijanis reached over 1 million, which made Azerbaijan a country with one of the highest numbers of displaced population per capita in the world. 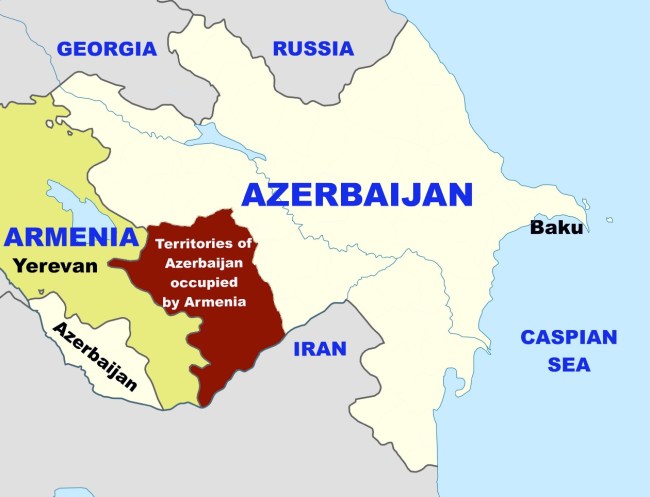 Territories of Azerbaijan occupied by Armenia from the early 1990s to Dec. 1, 2020

The U.N. Security Council, including the United States, condemned this invasion, occupation and ethnic cleansing in 1993 with four legally binding resolutions, demanding Armenian forces to be withdrawn from Azerbaijan’s occupied territories. Armenia refused to comply, and the Security Council did nothing to enforce its own resolutions.

Brutal atrocities against Azerbaijani civilian population by Armenian troops, including the Khojaly Massacre of 1992, which the Human Rights Watch called “the largest massacre in the conflict,” are well documented.

Despite three decades of peace negotiations, mediated by Russia, U.S. and France, Azerbaijan’s territories stayed under Armenia’s illegal military occupation, while Azerbaijani civilians remained displaced, yearning all these years to return to their homes and lands. Their plight was often overlooked, but nonetheless a most consequential problem, the resolution of which was of utmost importance for settling the conflict.

Following repeated provocations and warmongering against Azerbaijan, such as the illegal settlements of ethnic Armenians from the Middle East in the stolen houses, villages and towns of displaced Azerbaijanis; the July 2020 border attacks; and official statements threatening Azerbaijan with “a new war for new territories” or claiming “Karabakh is Armenia,” which destroyed the peace process, Armenia suddenly attacked Azerbaijan on September 27, 2020. The ensuing 44-day war ended on November 9 with the liberation of Azerbaijan’s occupied territories and restoration of its sovereign international borders, in line with international law and U.N. Security Council resolutions.

During the war, losing on the battlefield, Armenia resorted to vicious attacks against Azerbaijani civilians. The murder of 100 Azerbaijani civilians, including 12 little children, and wounding of over 400 by targeted Armenian missile attacks on major Azerbaijani cities outside of the war zone, using even widely banned cluster munitions, is well documented, including by Human Rights Watch and Amnesty International. 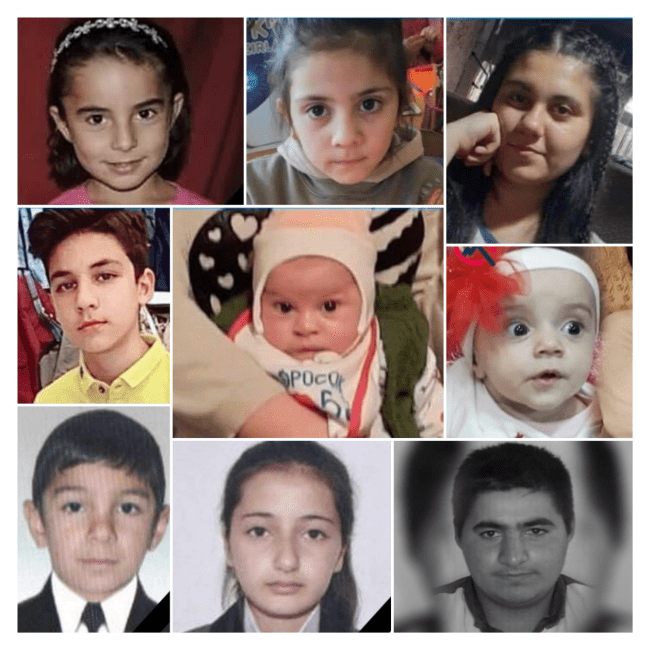 Some of the Azerbaijani children murdered by Armenian targeted missile attacks during the 44-day war in 2020.

Also Armenia’s involvement of terrorists from the Middle East as well as islamophobic rightwing radicals from Europe in its military operations are incontrovertible facts.

In addition to calling out the gross misrepresentation of facts in the article, it is also crucial to ask, where was the outcry by these esteemed Congressmembers, when the invasion and ethnic cleansing of Azerbaijan’s territories began, or when the Khojaly Massacre was committed? Where have their voices been throughout the past 30 years of violent, illegal occupation, unilaterally perpetrated by Armenia? Where was their condemnation when documentation revealed that Armenia was conducting the erasure of Azerbaijani cultural heritage, desecrating and destroying 63 of the 67 historic Azerbaijani mosques in Karabakh, many turned into cow and pig sheds?

#Mosques turned into a barn for pigs and cows. #WarCrimes by #Armenia against #Azerbaijan. pic.twitter.com/byeoGVjDUl

Why did we not hear a single word of condemnation from them when Armenian missile attacks were killing innocent Azerbaijani civilians last fall? What can they say to the now over 1 million forcibly displaced Azerbaijanis, who can finally return to their ancestral lands that were violently stolen from them so many years ago? What about the outrageous destruction of almost every single house of Azerbaijanis, with their villages and towns razed to the ground, during three decades of brutal occupation, or the fact that Armenia has planted at least 100,000 landmines in the occupied districts, with a total contaminated area eight times larger than Paris, and now refuses to share the mine maps with Azerbaijan? 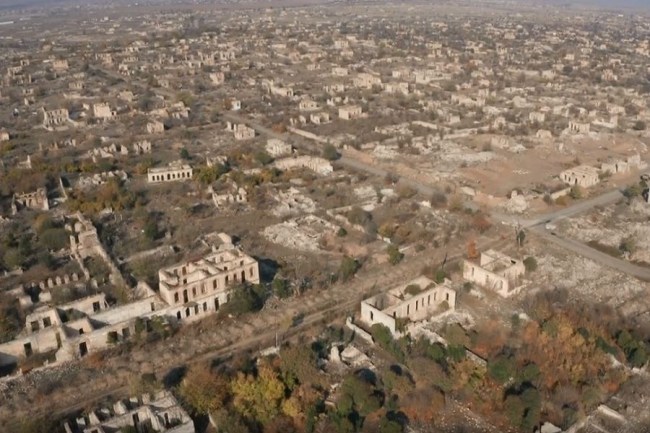 Once 50,000-strong Azerbaijani City of Aghdam was leveled to the ground during its Armenian occupation (1993–2020)

Azerbaijan and the U.S. share over 30 years of deep and strategic partnership in areas ranging from energy security to the fight against international terrorism to building a world of harmonious coexistence for people of every faith and culture.

The U.S. foreign policy has always been at its best, especially in the South Caucasus, when it did not allow domestic special interest groups, who are driven by ethnocentric agendas detrimental to U.S. national interests, to influence its decision-making. The same is true now. The Armenian lobby, the radical maximalist nationalism of which rejected the compromise-based resolution of the conflict and pushed Armenia to war, should not be permitted to have any say in U.S. foreign policy.

Now there are new realities on the ground. Azerbaijan and Armenia are working together on unblocking transport links, which will be essential to sustainable peace. Agreeing to exist within its own borders and to respect Azerbaijan’s territorial integrity, Armenia will finally have a chance to shake off its international pariah status and become a fully-fledged part of the region.

There is only one alternative to the normalization of Azerbaijan-Armenia relations and Azerbaijani-Armenian reconciliation and peaceful coexistence: The alternative is another bloody war.

In that vein, Congresspersons Speier and Schiff should help strengthen the achieved peace, and not perpetuate the conflict.

Nasimi Aghayev has been Consul General of Azerbaijan to the Western US since 2012. His letters & articles were published by NYTimes, WSJ, LA Times, Wash.Times.

This article originally appeared in Medium on 12 Feb 2021.