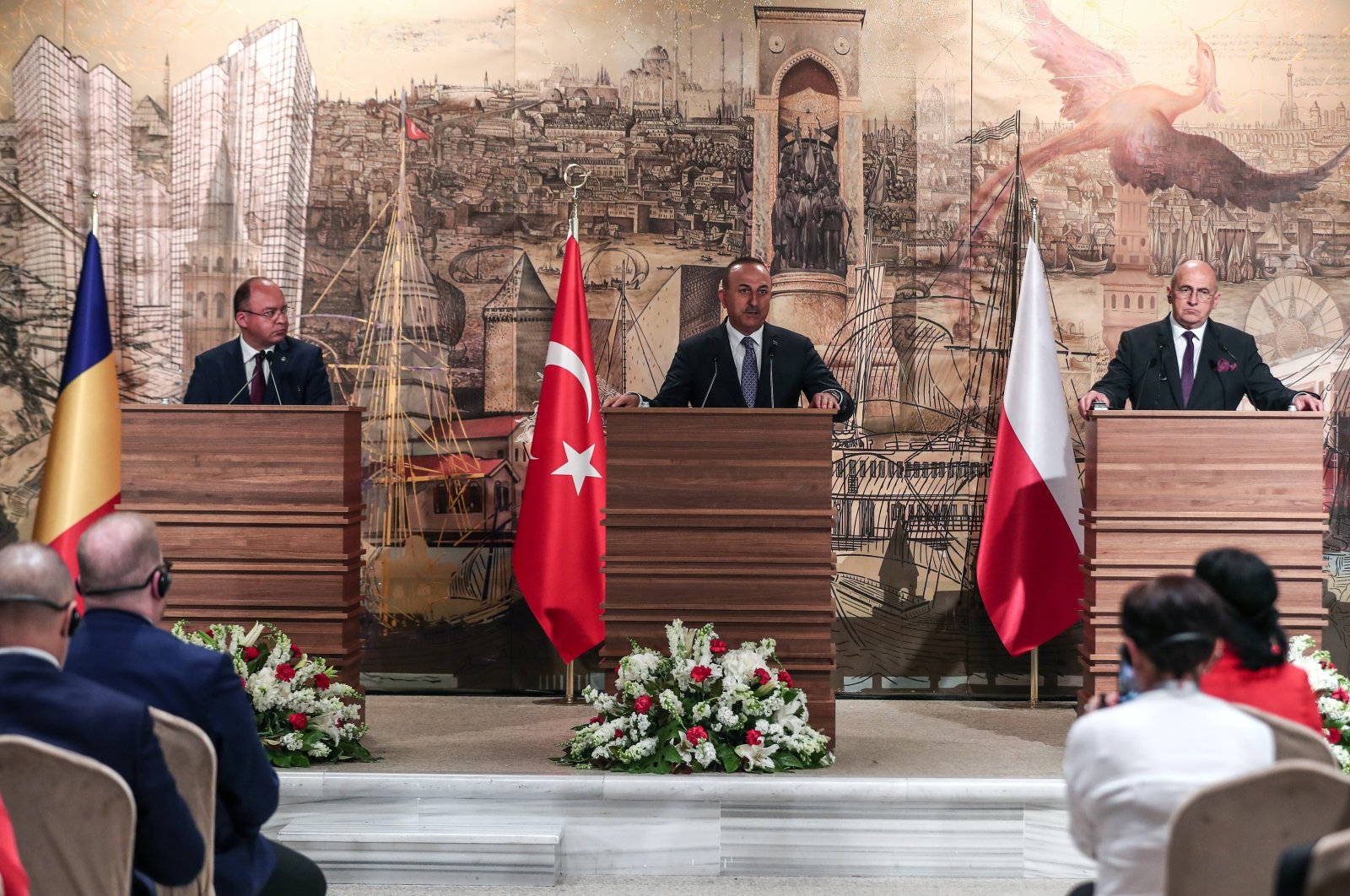 The determination to combat all forms of terrorism should be included in NATO’s new strategic concept, Foreign Minister Mevlüt Çavuşoğlu said Friday, according to Azerbaijan in Focus, reporting Daily Sabah.

He spoke during a joint press conference with his Romanian and Polish counterparts following their trilateral meeting in Istanbul.

Turkey expects Sweden and Finland to take concrete action, Çavuşoğlu said adding that the two countries should end their support of terrorism if they want to join NATO.

Turkey’s stance toward the two countries’ NATO bids is “clear and unequivocal,” he said adding: “I hope Finland and Sweden understand our messages.”

Çavuşoğlu said that “an approach of ‘we’ll convince Turkey in time anyway, we are friends and allies’ would not be correct.” He insisted that “these countries need to take concrete steps.”

Turkey was requesting that NATO include combating terrorism in its “Strategic Concepts,” the minister said.

Polish Foreign Minister Zbigniew Rau said: “There is no doubt that we do need the accession of Sweden and Finland to the NATO alliance in order to make it stronger.” Romania’s foreign minister, Bogdan Aurescu, agreed, saying their membership would “consolidate the collective defense and our security.”

Turkey this week listed five “concrete assurances” it was demanding from Sweden, including what it said was “termination of political support for terrorism,” and “elimination of the source of terrorism financing,” and the “cessation of arms support” to the banned PKK and its Syrian branch YPG.

The demands also called for the lifting of arms sanctions against Turkey and global cooperation against terrorism.

Finland and Sweden formally applied to join NATO last week, seeking to boost security following Russia’s invasion of Ukraine. They hoped it would be a quick accession process and other NATO members touted the planned enlargement as historic.

But Turkey, a longstanding member of the alliance, has voiced objections to their membership bids, criticizing the countries for tolerating and even supporting terrorist groups.

All 30 NATO states must give their approval before a new member can be admitted and thus benefit from the pact’s collective-security guarantee.

Ankara hosted Wednesday consultations with Swedish and Finnish delegations on their NATO applications in the capital.

It has been conveyed that their NATO bids cannot progress unless Turkey’s security concerns are addressed through concrete steps, and in a certain timeframe.

Ankara said it observed a positive attitude on lifting an arms exports embargo. Swedish Foreign Minister Ann Linde said on Twitter afterward that the dialogue was constructive and would continue.

Sweden and Finland banned arms exports to Turkey after an operation into Syria against the YPG terror group. Ankara regards the YPG as identical to the PKK and views both groups as terrorist organizations.

Meanwhile, diplomatic sources said Friday that talks between Turkish officials and delegations from Sweden and Finland this week in Turkey made little headway in overcoming Ankara’s objections to the Nordic countries joining NATO, and it is not yet clear when further discussions will take place.

“It is not an easy process,” a senior Turkish official told Reuters on Friday. “They need to take concrete steps that will be difficult. Further negotiations will continue. But a date doesn’t seem very close.”

A separate person close to the situation said the Wednesday talks made no clear progress and ended with no timeline to continue, raising the prospect that Turkey may still oppose the membership bids when NATO holds a summit on June 29-30 in Madrid.

The five-hour discussions were cordial and included separate sessions between Turkish officials and counterparts from the two Nordic countries, followed by three-way talks with all parties, the second source added.

Before the press conference, Çavuşoğlu said on Twitter that he discussed bilateral relations with Poland’s Foreign Minister Zbigniew Rau and they decided to establish a High-Level Strategic Cooperation Council. He also said that they discussed bilateral and regional issues including Ukraine with Romanian Foreign Minister Bogdan Aurescu and signed a memorandum of understanding on cooperation in diplomatic archives.