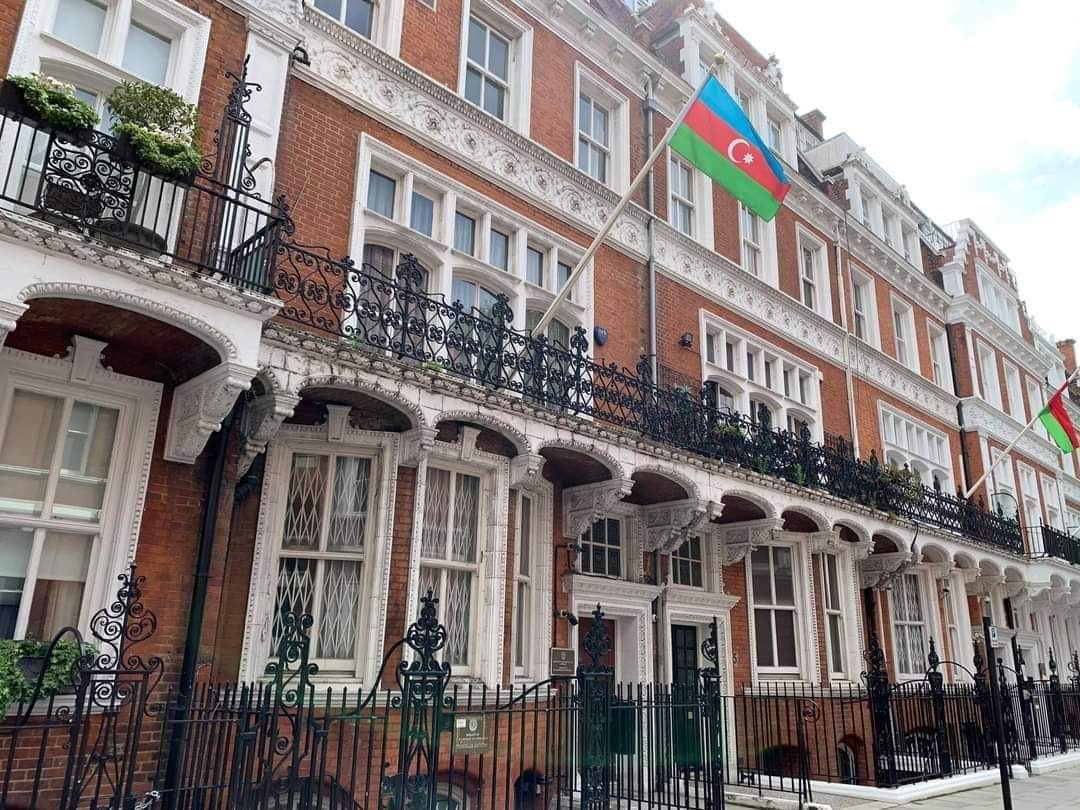 The Embassy of Azerbaijan in the UK was attacked by a radical religious group, according to Azerbaijan in Focus, reporting Trend News, citing the Azerbaijani Ministry of Foreign Affairs.

After bursting into the embassy building, the vandalizing group members raised religious flags and chanted radical religious slogans on the building’s balcony. After local police intervened, the band members were escorted out of the building and detained.

The embassy staff was not injured in the incident. The incident is being investigated by local law enforcement. More information on the results of the investigation will be provided.

Through diplomatic channels, the issue regarding the security of diplomats and diplomatic premises in accordance with the Vienna Convention was raised with UK authorities.