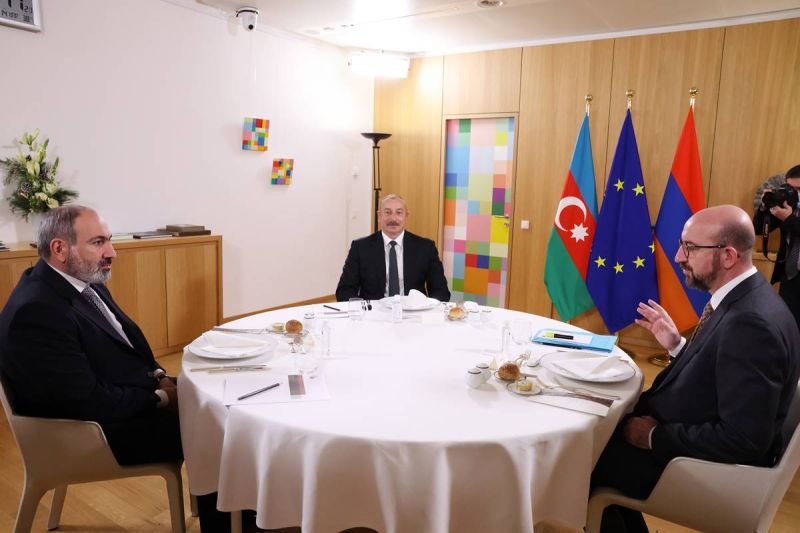 On December 14, at 22:00 (Baku time), a trilateral meeting began in Brussels with the participation of the head of the European Council Charles Michel, Azerbaijani President Ilham Aliyev, and Armenian Prime Minister Nikol Pashinyan, according to Azerbaijan in Focus, reporting Turan News.

The topic of the meeting was a discussion of ways of resolving the situation in the zone of the Armenian-Azerbaijani conflict, elimination of the consequences of the Second Karabakh war.

Prior to the meeting, Aliyev stated the need to unify the Lachin and Zangezur corridors, which provoked a sharp reaction from the Armenian side, which called it a disruption to efforts to find peace in the region.