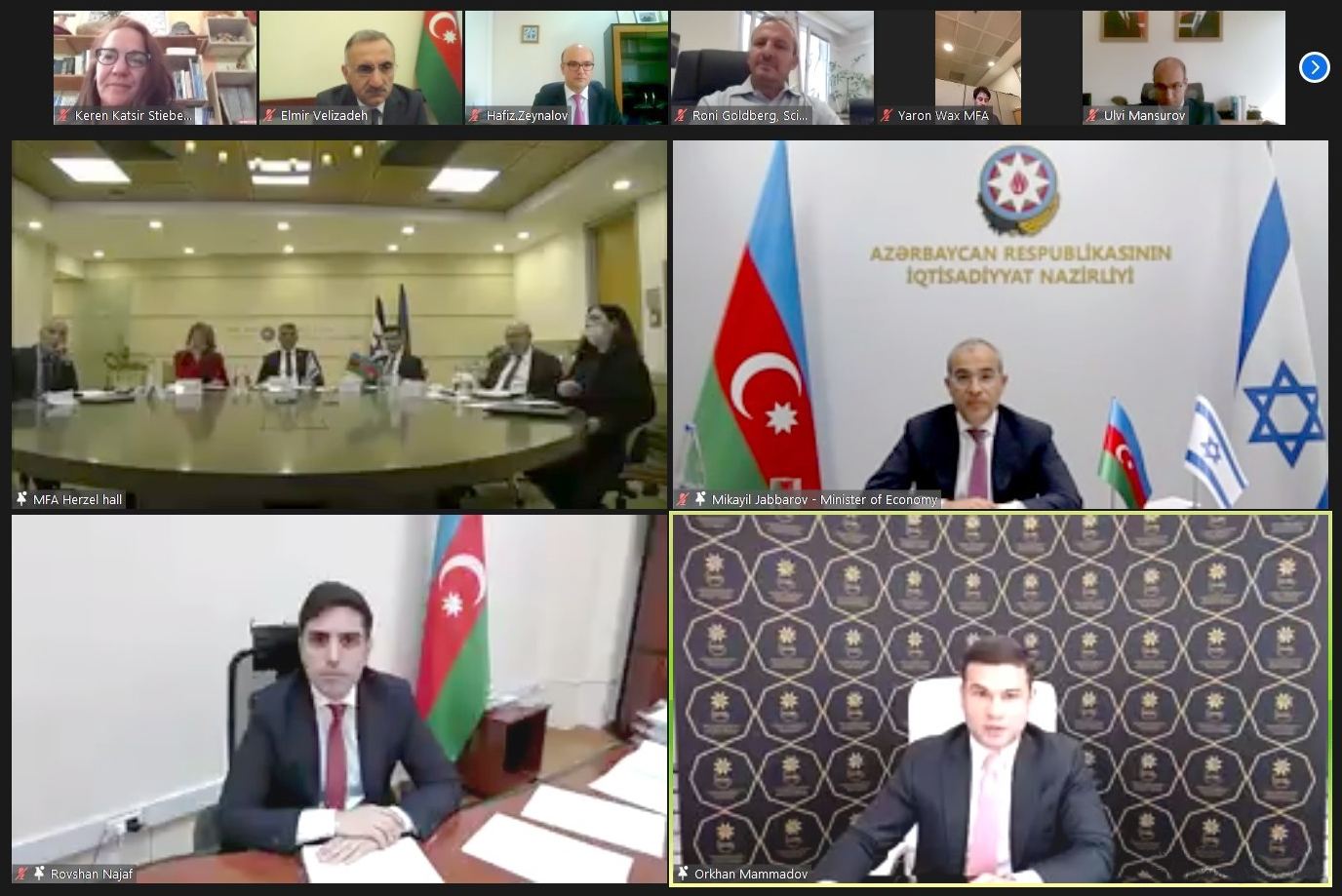 Activity of trade and tourism representatives will serve to the development of economic and trade relations between Azerbaijan and Israel, said Azerbaijani Economy Minister Mikayil Jabbarov, according to Azerbaijan in Focus, reporting Trend News.

Jabbarov made the remark at a joint meeting of the Azerbaijani-Israeli intergovernmental commission on April 29.

“It was a great pleasure to co-chair the Joint Intergovernmental Commission between Azerbaijan and Israel with Minister Gabi Ashkenazi [Israeli foreign minister],” Jabbarov said. “Fruitful discussion will result in expansion of our bilateral economic and trade relations, as well as cooperation in various sectors, including energy, tourism, cyber security, water resources, healthcare, agriculture.”