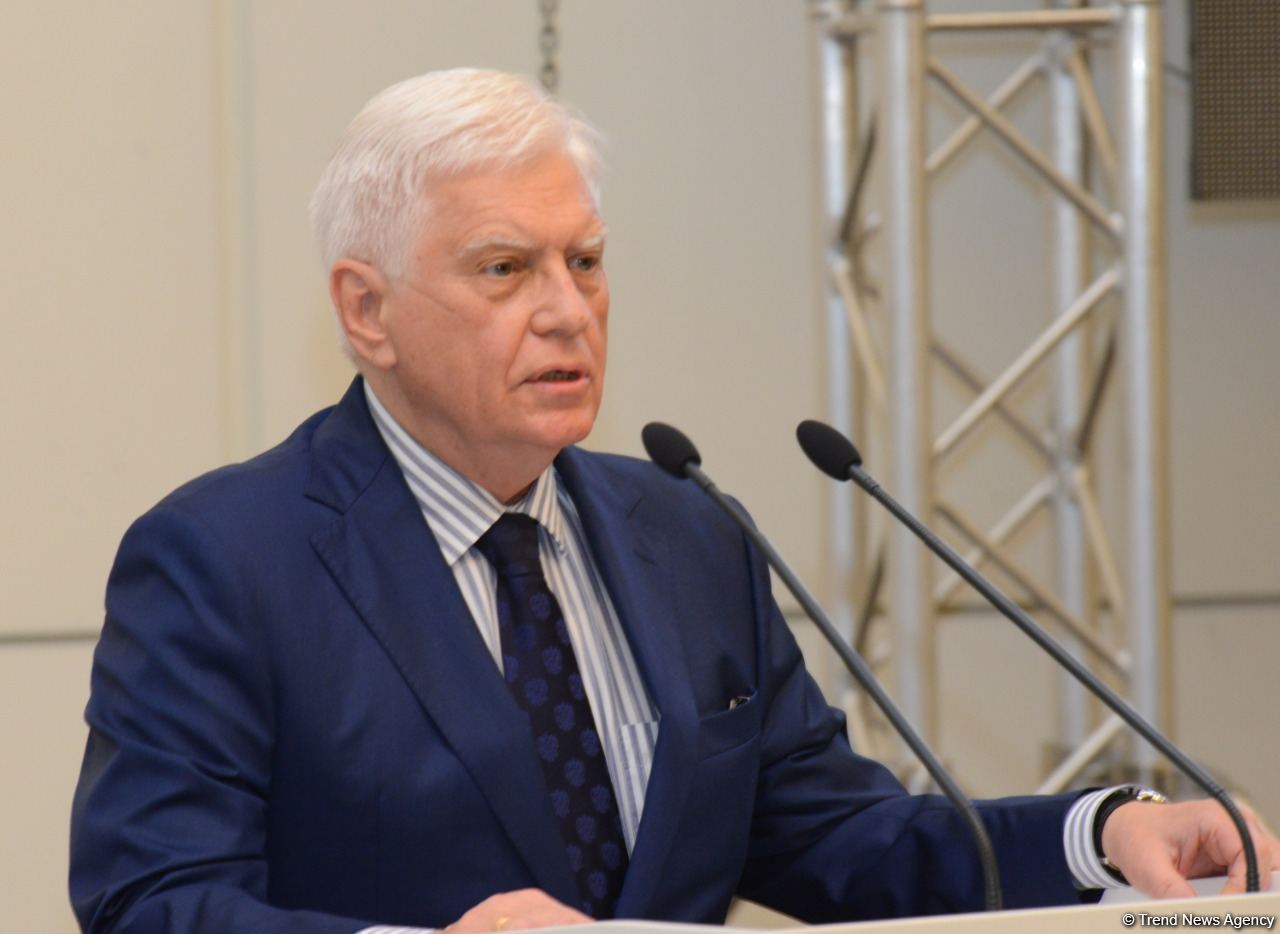 Azerbaijan and Russia ended 2020 in terms of economy with a slight drop in indicators, which was natural during a year of very active development of COVID-19 pandemic, said Extraordinary and Plenipotentiary Ambassador of the Russian Federation to Azerbaijan Mikhail Bocharnikov, according to Azerbaijan in Focus, reporting Trend News.

“Bilateral economic relations have passed this test, remaining in very good condition,” the ambassador added. “The preparation of economic projects continued amid this situation.”

“Proceeding from the results of the first half of 2021, it is possible to say that trade turnover is gaining momentum,” the ambassador said. “I cannot predict the figures for the year, but I think that we must reach at least the successful level of 2019 – up to $3 billion. I hope that we will reach this milestone this year.”

“Azerbaijan and Russia have a big economic agenda, which is ensured and guided as a result of the meetings of intergovernmental commissions on economic cooperation,” Bocharnikov said. “Concrete plans are adopted. A meeting of the commission, which determined the leading spheres, has been held this year.”

“Presently, we can talk about a number of specific projects, the implementation of which, perhaps, we will see this year,” the ambassador said. “First, a GAZ automobile plant has already started to operate in the Hajigabul industrial zone. Secondly, we hope that it is possible that the assembly of agricultural harvesters, which will be produced by the Rostselmash concern, will begin in the same industrial zone till the end of the year.”

Bocharnikov stressed that Russia expects to continue cooperation with Azerbaijan in assembling the latest models of KAMAZ trucks.

The ambassador also said that a project of creating a service helicopter center in the Pirallahi industrial zone is under completion.
“There are a number of projects that directly relate to the Azerbaijani-Russian cooperation,” Bocharnikov said. “It is necessary to take into account that 2021 is a period when after the end of the second Karabakh War, a trilateral format of commissions on economic issues was launched in accordance with tripartite statements made by the leaders of these countries with the participation of Azerbaijan, Armenia and Russia.”

“The primary goals of the intergovernmental commission are to facilitate the restoration and creation of transport and logistics routes in the region,” the ambassador said. “If they start to work again, then all the regional countries will benefit and this will contribute to the economic development among them.”

Bocharnikov added that the Russian companies hope that they will find an opportunity to use their knowledge, capital and investments in the restoration of the Karabakh region, in which Azerbaijan is now involved in.

“The programs for the reconstruction and restoration of these territories are being drawn up, and Russia, represented by the companies, is interested in taking part in this process,” the ambassador said.