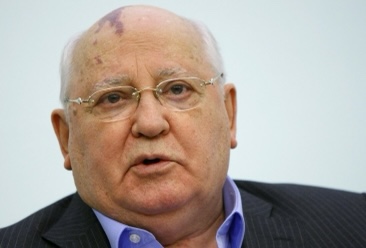 Mikhail Gorbachev has died at age 91

Mikhail Gorbachev, the first president of the Soviet Union, has died, the Central Clinical Hospital said on Tuesday, according to Azerbaijan in Focus, reporting AzerTac, citing TASS. He was 91.

“Tonight, after a serious and prolonged illness, Mikhail Sergeyevich Gorbachev has died,” the hospital said.

Gorbachev was born on March 2, 1931. He graduated from the Department of Law of the Moscow State University in 1955 and later received a second education in 1967 from Stavropol Agricultural Institute. Gorbachev joined the Communist Party in 1952 and became a member of its Central Committee in 1971. The last secretary general of the Communist Party’s Central Committee, he was elected to the post in 1985 following the death of his predecessor Konstantin Chernenko. Gorbachev promoted glasnost – a policy of open discussion of political and social issues – and perestroika, a policy of political and economic reforms. He was the first and the last president of the Soviet Union, winning elections for the post in March 1990 and resigning on December 25, 1991. Gorbachev won the Nobel Peace Prize in 1990. After stepping down as Soviet president, he was engaged in social and literary activities.