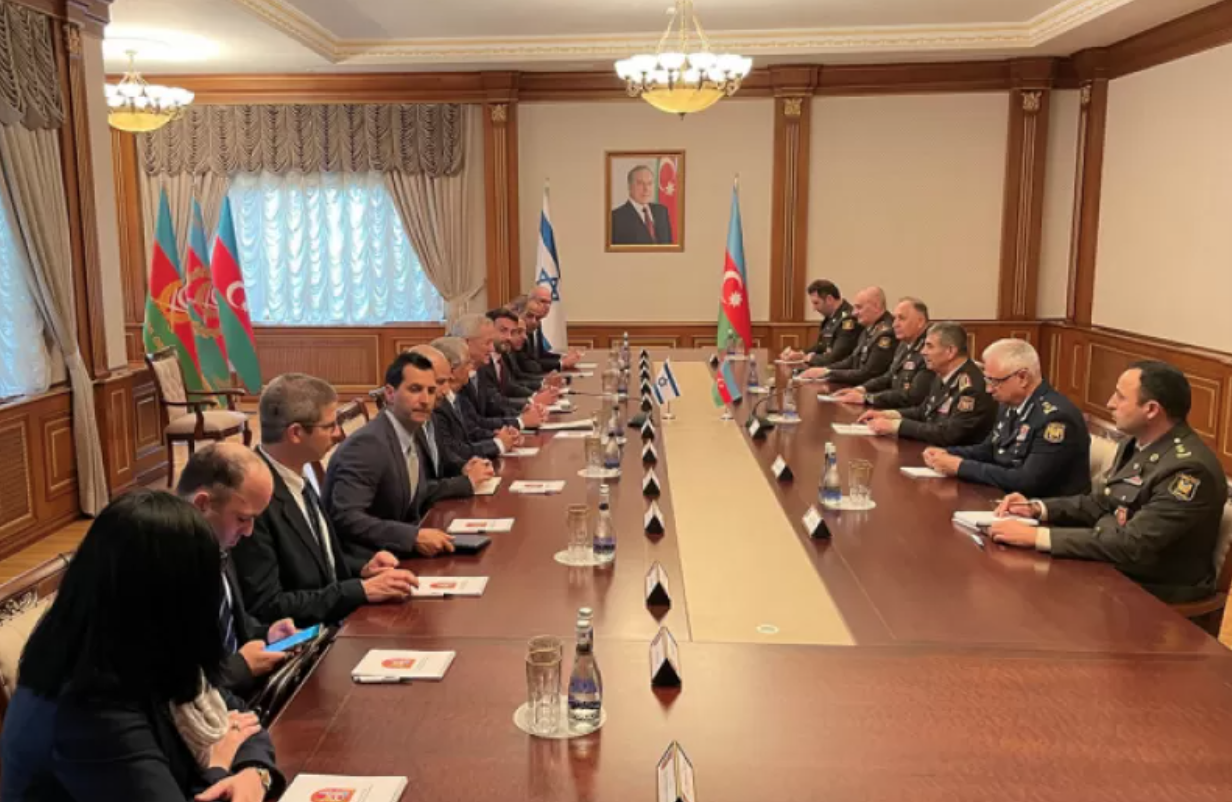 Welcoming the guests, Hasanov emphasized that the high level of partnership between the countries plays a significant role not only in the development of the two states but also in ensuring security in the whole region.

Expressing gratitude for the sincere meeting, Mr. B. Gantz, in his turn, stressed the importance of further developing military cooperation and holding such meetings.

The meeting discussed prospects for the development of cooperation between Azerbaijan and Israel in the military and military-technical spheres, the organization of working meetings at the level of military specialists of different qualifications, and other issues of mutual interest.