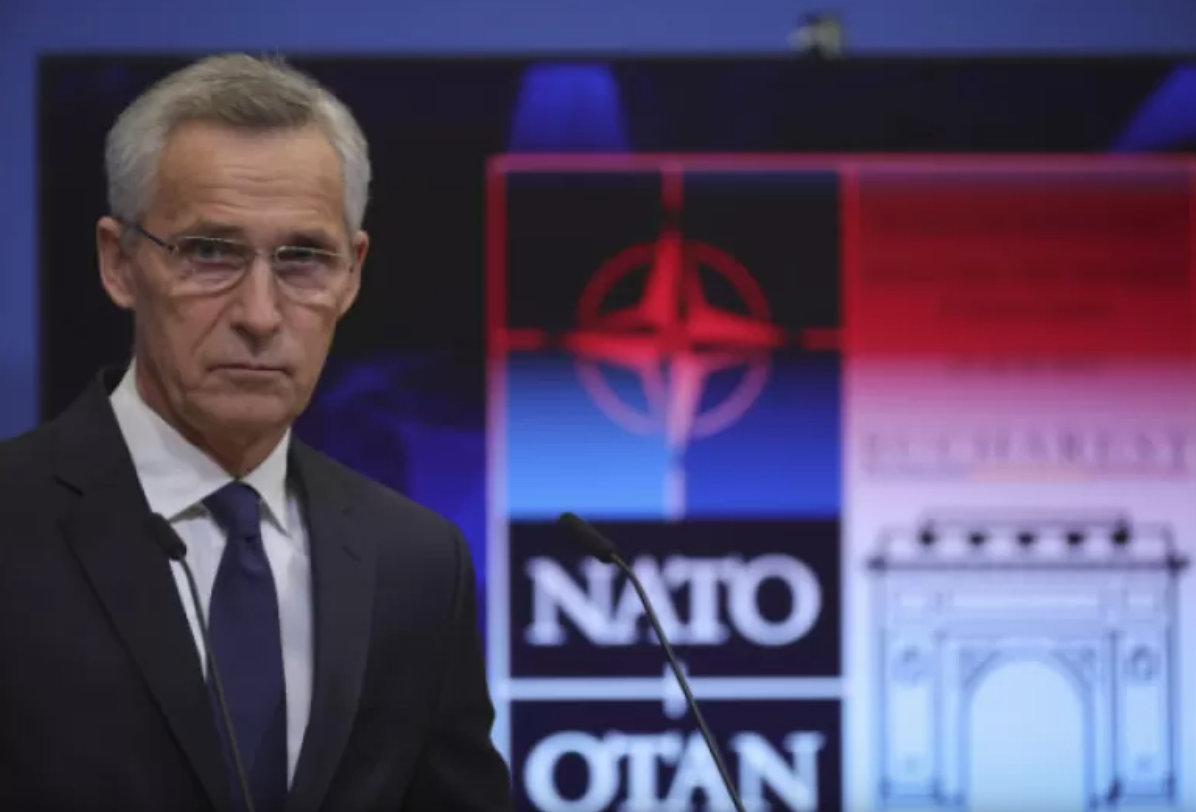 NATO is determined to help Ukraine defend itself against Russia for “as long as it takes” and will help the war-wracked country transform its armed forces into a modern army up to Western standards, the alliance’s Secretary-General Jens Stoltenberg vowed on Friday, according to Azerbaijan in Focus, reporting Turan News.

Speaking to reporters ahead of a meeting of NATO foreign ministers in Romania next week, Stoltenberg urged countries that want to, either individually or in groups, to keep providing air defense systems and other weapons to Ukraine. NATO as an organization does not supply weapons.

“NATO will continue to stand with Ukraine for as long as it takes. We will not back down,” the former Norwegian prime minister said. “Allies are providing unprecedented military support, and I expect foreign ministers will also agree to step up non-lethal support.”

Stoltenberg said that members of the 30-nation security organization have been delivering fuel, generators, medical supplies, winter equipment and drone jamming devices, but that more will be needed as winter closes in, particularly as Russia attacks Ukraine’s energy infrastructure.

“At our meeting in Bucharest, I will call for more,” he said. “Over the longer term we will help Ukraine transition from Soviet era equipment to modern NATO standards, doctrine and training.”

Stoltenberg said Ukrainian Foreign Minister Dmytro Kuleba would join the ministers to discuss his country’s most pressing needs but also what kind of long-term support that NATO can provide. NATO’s top civilian official said the support will help Ukraine move toward joining the alliance one day.

The November 29-30 meeting in Bucharest is being held almost 15 years after NATO promised that Ukraine and Georgia would one day become members of the organization, a pledge that deeply angered Russia.

Also attending the meeting will be the foreign ministers of Bosnia, Georgia and Moldova – three partners that NATO says are coming under increasing Russian pressure. Stoltenberg said the meeting would see NATO “take further steps to help them protect their independence, and strengthen their ability to defend themselves.”

Since President Vladimir Putin ordered the invasion 10 months ago, NATO has bolstered the defenses of allies neighboring Ukraine and Russia but has carefully sought to avoid being dragged into a wider war with a major nuclear power.

But Stoltenberg put no pressure on Ukraine to enter peace talks with Russia, and indeed NATO and European diplomats have said that Putin does not appear willing to come to the table.

“Most wars end with negotiations,” he said. “But what happens at the negotiating table depends on what happens on the battlefield. Therefore, the best way to increase the chances for a peaceful solution is to support Ukraine.”