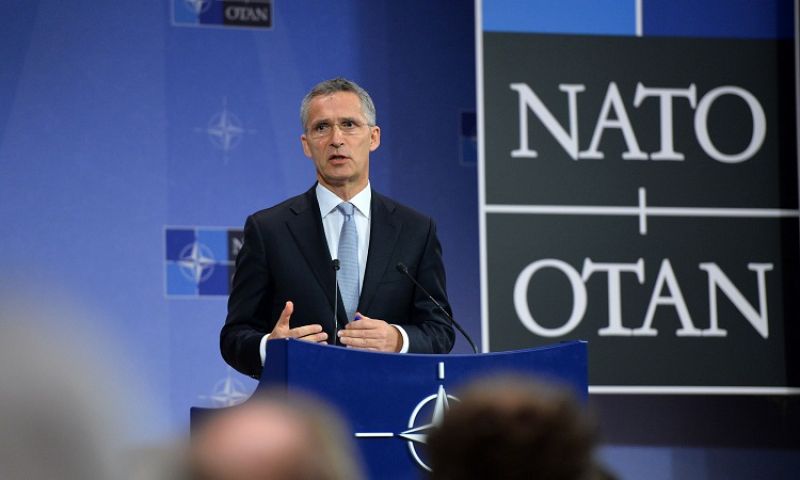 NATO Welcomes the Cessation of Fighting In Karabakh — Secretary General

NATO’s top official stated Tuesday that the Alliance “welcomes the cessation of violence, of fighting in and around Nagorno-Karabakh”, according to Azerbaijan in Focus, reporting Turan News.

“That’s the main message there.” Jens Stoltenberg, NATO Secretary-General, stated in response to the question about the conflict during a virtual press conference following the first session of the NATO Foreign Ministers meeting.

Top diplomats of the 30 Member countries have discussed the challenges to Transatlantic security, including increased Russian presence as a result of the crises in Belarus and Nagorno-Karabakh, among other issues.

When asked what steps should the Alliance take to boost its role in resolving frozen conflicts to avoid new outbreaks of violence, Stoltenberg suggested that it “depends on which frozen conflicts you talk about, and sometimes there are also different assessments whether a conflict is frozen or not.”

“The main message is that we need political processes, we need to prevent fighting and violence,” he added.

During the Tuesday meeting, the ministers supported the dialogue between the U.S. and Russia on the Start Treaty, which expires in February 2021.

“We should not find ourselves where there is no agreement limiting the number of nuclear warheads. Time is running out,” Stoltenberg told reporters.

NATO is adapting its deterrence posture to address Russia’s destabilising actions. “At the same time, we all agree that we must continue to pursue dialogue with Russia,” Stoltenberg explained.