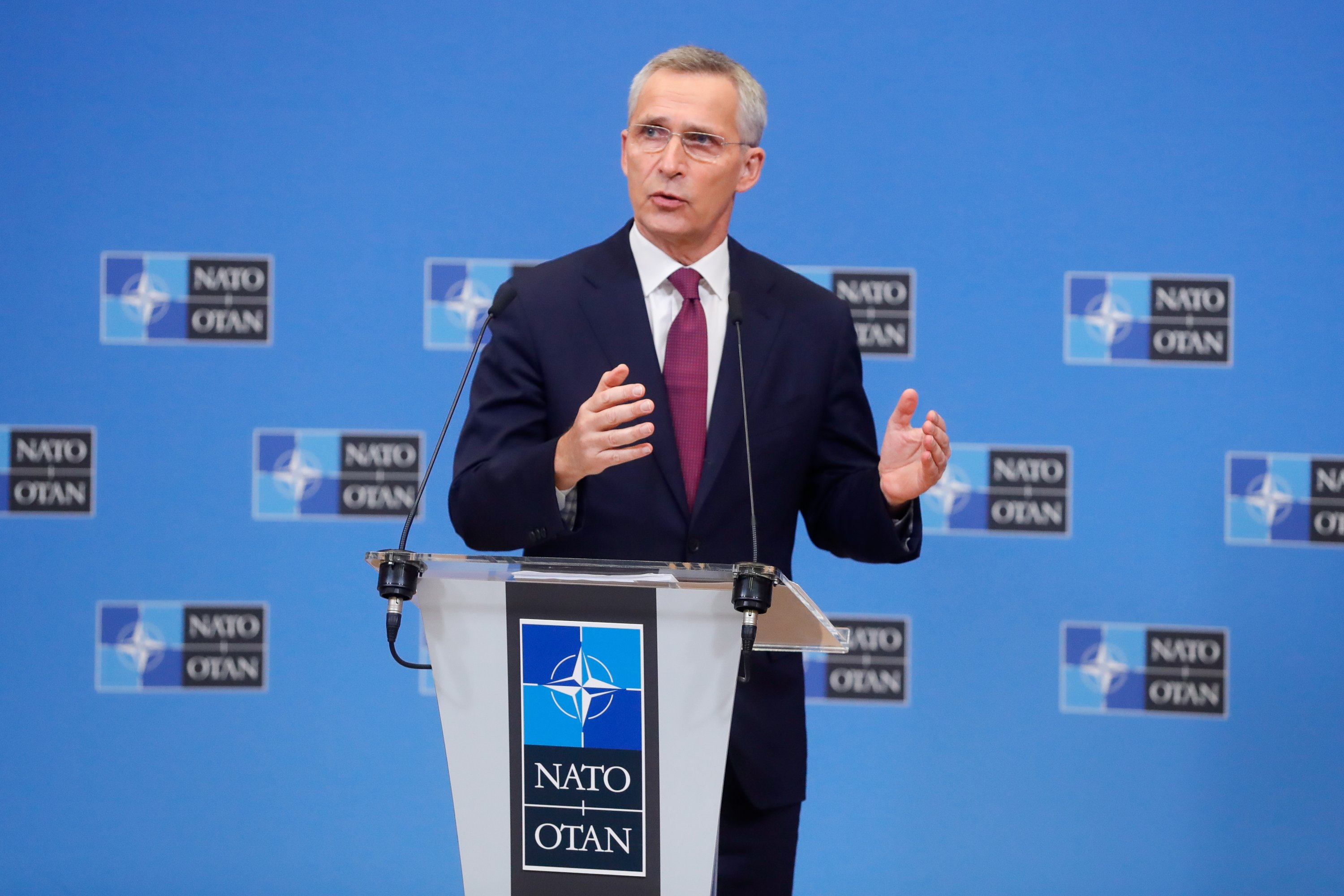 NATO Secretary-General Jens Stoltenberg gives a press conference ahead of a two-day meeting of NATO Ministers of Foreign Affairs in Riga, at the NATO headquarters in Brussels, Belgium, Nov. 26, 2021. (EPA Photo)

NATO’s chief warned Russia Friday that any attempt to invade Ukraine would have costs, as concern mounts about a Russian military buildup near its former Soviet neighbor’s borders.

Moscow denies that it’s planning an invasion and refuses to provide details about troop movements on its own territory.

“If Russia uses force against Ukraine that will have costs, that would have consequences,” NATO Secretary-General Jens Stoltenberg said, ahead of a meeting of the 30-nation military organization’s foreign ministers in Latvia Nov. 30-Dec. 1, where Russia’s activities will be high on the agenda. He did not say what those costs would be.

“This is the second time this year that Russia has amassed a large and unusual concentration of forces in the region,” Stoltenberg told reporters. He said it includes tanks, artillery, armored units, drones and electronic warfare systems, as well as combat-ready troops.

“This military buildup is unprovoked and unexplained. It raises tensions and it risks miscalculations,” Stoltenberg said. He conceded that “there is no certainty about the intentions of Russia” but said that “this is a military buildup by a country that has invaded Ukraine before.”

Russia annexed Ukraine’s Crimean Peninsula in 2014 after the country’s Moscow-friendly president was driven from power by mass protests. Weeks later, Russia threw its weight behind a separatist insurgency that broke out in Ukraine’s east.

Ukraine and the West accused Russia of sending its troops and weapons to back the rebels. Moscow denied that, saying that Russians who joined the separatists were volunteers. More than 14,000 people have died in the fighting that devastated Ukraine’s eastern industrial heartland known as Donbass.

A 2015 peace agreement brokered by France and Germany helped end large-scale battles, but efforts to reach a political settlement have failed and sporadic skirmishes have continued along the tense line of contact.

NATO would not be able to provide Ukraine with any substantial military support in time to make a difference against Russian forces, so economic measures like Western sanctions are more likely to be used to inflict a financial cost on Moscow.

Ukrainian President Volodymyr Zelenskyy on Friday alleged that his country’s intelligence service has uncovered plans for a Russia-backed coup d’etat in Ukraine next week, something which the Russian government denied.

This article originally appeared in DAILY SABAH on 26 Nov 2021.