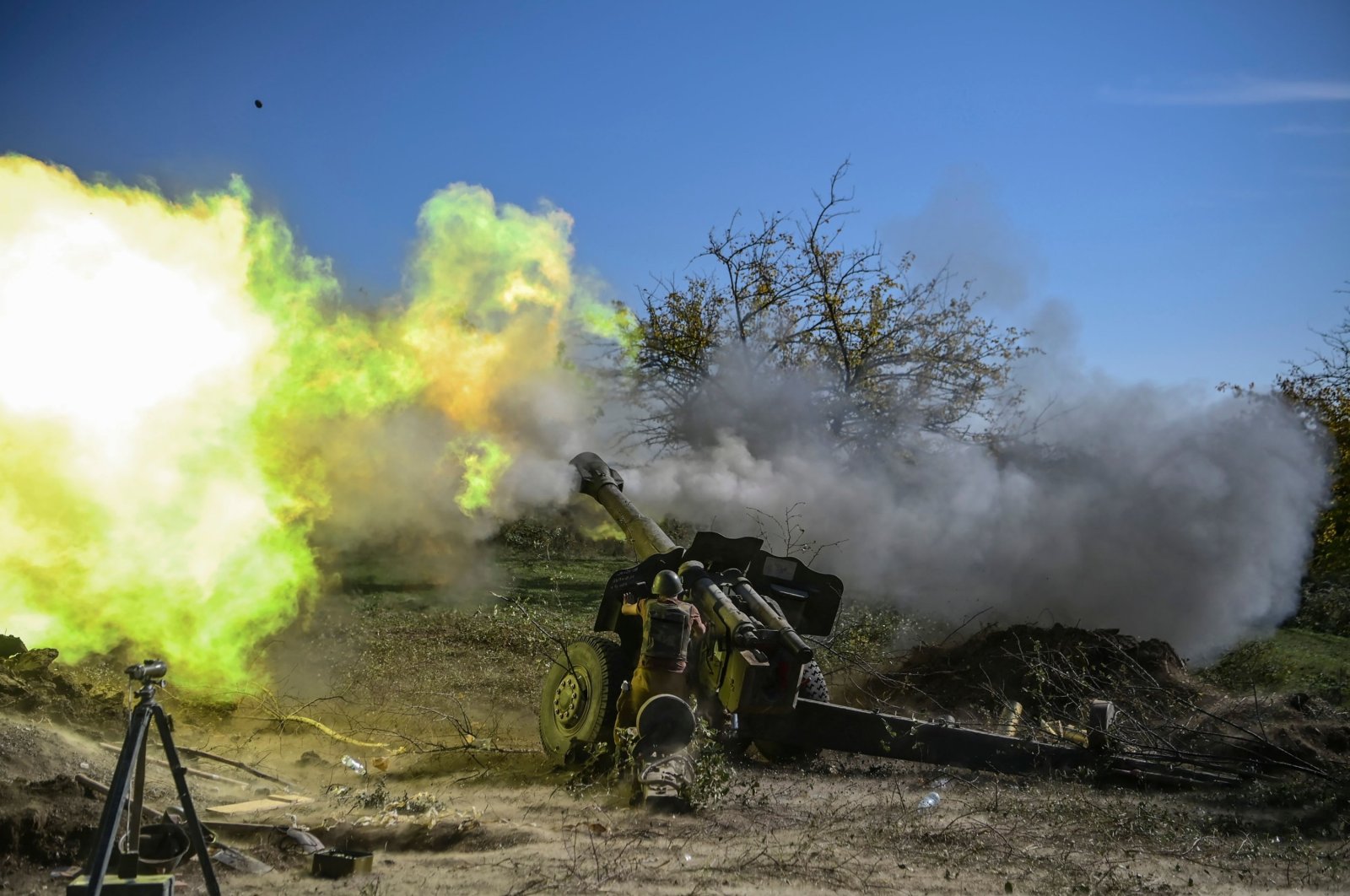 An Armenian soldier fires artillery on the front line during the ongoing fighting between Armenian and Azerbaijani forces over the region of Nagorno-Karabakh, Azerbaijan, Oct. 25, 2020. (AFP Photo)

The Azerbaijani army lost at least 2,855 soldiers during its operation to liberate Armenian-occupied territories in the Nagorno-Karabakh region and its surroundings, the country’s Defense Ministry said Monday.

The ministry updated the death toll from the Nagorno-Karabakh war, which started on Sept. 27, 2020, and ended on Nov. 10.

The number of killings, previously announced as 2,841, was updated to 2,855 after learning of some funerals and the identities of the deceased.

Announcing that 50 soldiers were still missing, the ministry also shared with the public a list of soldiers who were buried.

Nagorno-Karabakh lies within Azerbaijan but was under the occupation of Armenian forces since a war there ended in 1994. That war left Nagorno-Karabakh itself and substantial surrounding territory in Armenian hands.

In 44 days of fighting that began in late September and killed more than 5,600 people on both sides, the Azerbaijani army pushed deep into Nagorno-Karabakh, forcing Armenia to accept November’s peace deal that saw Azerbaijan reclaim much of the region along with surrounding areas. Russia deployed nearly 2,000 peacekeepers for at least five years to monitor the peace deal and to facilitate the return of refugees.

Under the agreement, which leaves Karabakh’s future political status in limbo, Armenia lost control of parts of the enclave as well as the seven adjacent districts that it seized during the 1990s war.

The deal has sparked celebrations in Azerbaijan and fury in Armenia, where the country’s prime minister, Nikol Pashinian, is facing mounting criticism for agreeing to the deal.

This article originally appeared in DAILY SABAH on 19 Jan 2021.