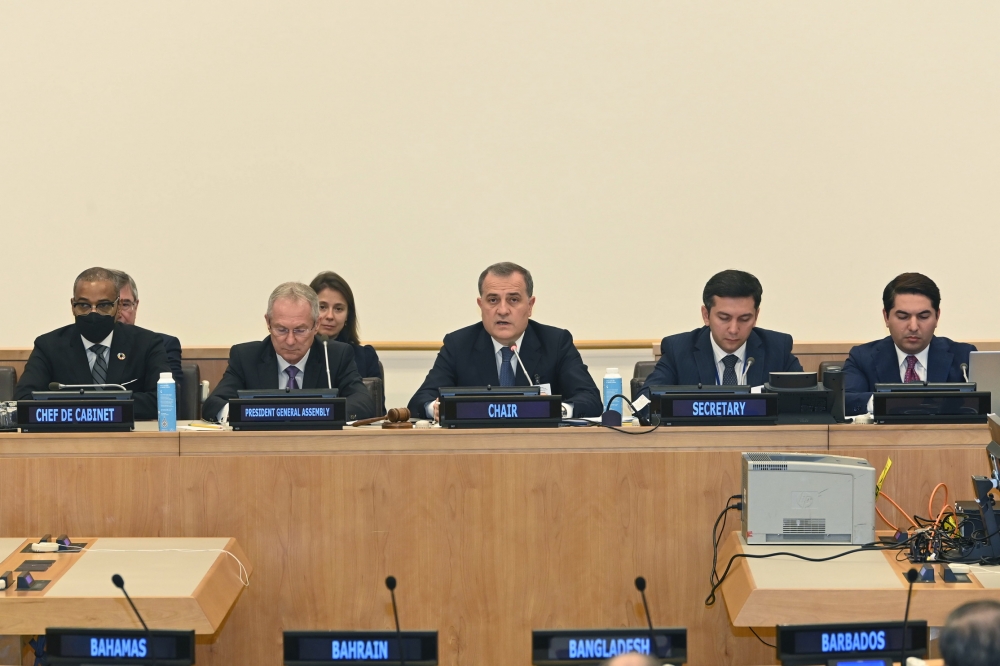 A ministerial meeting of the Non-Aligned Movement has been held in New York on the sidelines of the high-level week of the 77th session of the UN General Assembly, according to Azerbaijan in Focus, reporting AzerTac.

About 50 foreign ministers of the member states of the Non-Aligned Movement, as well as deputy ministers and permanent representatives to the UN, participated in the meeting chaired by the Minister of Foreign Affairs of the Republic of Azerbaijan Jeyhun Bayramov.

Making a statement at the meeting dedicated to the global situation in the post-pandemic era and the tasks of the Non-Aligned Movement, Minister Jeyhun Bayramov informed the participants about the activities, initiatives, and plans of Azerbaijan’s chairmanship of the NAM.

The fact that the world is going through a period of great transformations, and in the context of pandemics, armed conflicts, climate change, and many other challenges, global security, and development architecture is experiencing unprecedented difficulties.

FM Bayramov informed the participants about the reconstruction work and peace-building initiatives carried out in the territories of Azerbaijan liberated from occupation as a result of the 44-day Patriotic War. Azerbaijan’s proposal to Armenia on the signing of the peace agreement based on the norms and principles of international law was also emphasized. The hindrance of Armenia’s September 12 provocations to the peace and reconstruction efforts of Azerbaijan in the region was noted. Grave consequences presented by the landmine threat, as well as the facts of continuous mining of the territories of Azerbaijan by Armenia were also presented. It was emphasized that Azerbaijan is not interested in destabilization and will continue efforts to ensure peace.

At the meeting, effective and joint responses to the current challenges were discussed. Afterward, speeches were made by ministers which highlighted the positions of the countries, and the Political Declaration of the meeting was adopted.