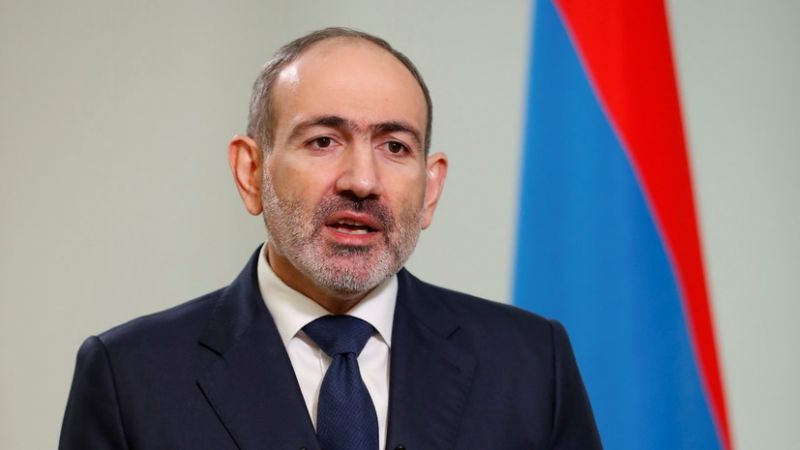 Nikol Pashinyan: Before the War, Armenia Was Inferior to Azerbaijan With a Score of 10:1

When Azerbaijan bought a reconnaissance satellite, the Armenian authorities bought land plots on the Greek islands, said Prime Minister Nikol Pashinyan in the country’s parliament on April 14, according to Azerbaijan in Focus, reporting Turan News, with reference to Radio Liberty.

Referring to the analysis made in 2017 under the previous authorities, Pashinyan noted that in terms of the specific weight of the development of critical infrastructure, Armenia was inferior to Azerbaijan with a score of 10-1 in conventional units. According to the same analysis, the military-industrial system in Armenia began to form only after April 2016, 11 years after Azerbaijan.

“In 2017, Azerbaijan had two satellites, one of which was a reconnaissance one, which it bought. Yes, Azerbaijan bought a reconnaissance satellite, and the Armenian authorities bought land plots on the Greek islands, in Europe, wherever possible. Therefore, it must be stated that they lost in the issue of the institutional formation of the state, turning the state into a mafia structure that squeezes all the vital forces out of Armenia, and these mafia structures still have their tentacles everywhere, from the judicial system to, unfortunately, even Armed forces”, said Pashinyan.

“We must state that we fought against this 20-year-old betrayal, against the 20-year surrender. Even during the war, they defended their defeat by shouting “traitor” at us as loudly as possible in order to hide their betrayal, shouting “capitulator” at us as loudly as possible. You are the capitulators and even more so – traitors, I say this to the elite, which ruled and plundered Armenia for 20 years, and every day we fought for life and death against your surrender and betrayal,” he said.