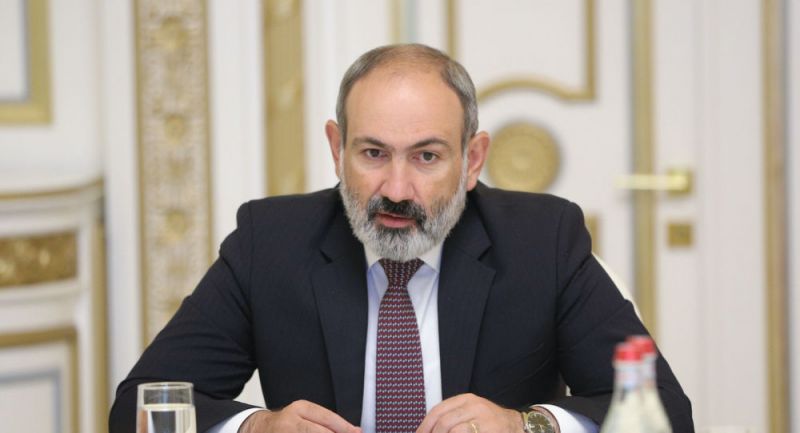 Armenia is prepared to hold high-level negotiations and is waiting for specific proposals, Armenian Prime Minister Nikol Pashinyan said at a government meeting on August 12, according to Azerbaijan in Focus, reporting Turan News. The Prime Minister further noted that it is unacceptable to further deepen hostility and confrontation in the region. This is a threat not only to regional but to international security as well, he said, noting that overcoming hostility should become one of the most important elements of the Armenian foreign policy.

“Armenia believes that the establishment of normal relations with neighbors and their improvement plays a key role for long-term peace, security, stability, and development. The settlement or development of relations with neighboring countries will be a major direction of the government’s foreign policy,” Pashinyan noted. According to him, some forces are trying to misrepresent Armenia’s intentions by saying that the country needs reforms in the army to launch aggressive actions against its neighbors. Armenia, like any peace-loving country, develops its armed forces not for aggression but for protection against.

According to Pashinyan, the intention to open a page of peace in the region imposes a special responsibility, so a special activity is required from the government. Armenia is waiting for proposals to resume peace talks with Azerbaijan. According to him, at this stage, the identification of the ceasefire violations initiator and the targeted condemnation of the provocateur plays a significant role in terms of further de-escalation and stability.

“However, it is difficult to imagine such a process without launching an international monitoring mechanism,” Pashinyan stressed. According to him, on July 29, he already touched on the issue suggesting that the CSTO or the OSCE Minsk Group Co-Chairs take on this role. “We have to do our utmost to solve problematic issues. At the same time, there are ones that might be solved quickly. These include the opening of regional communications and the unblocking of economic ties.”

“When it comes to the demarcation and delimitation of the border with Azerbaijan, Armenia’s position remains unchanged – it is necessary to intensify work in this direction. The deepening of the atmosphere of hostility in the region is unacceptable. Armenia is a peace-loving country and is minded to reform its armed forces solely to ensure the protection of its territorial integrity. It is essential to refrain from provocative statements and actions, this is especially important for the formation of an appropriate atmosphere for negotiations, ” the Armenian media quoted Pashinyan as saying.