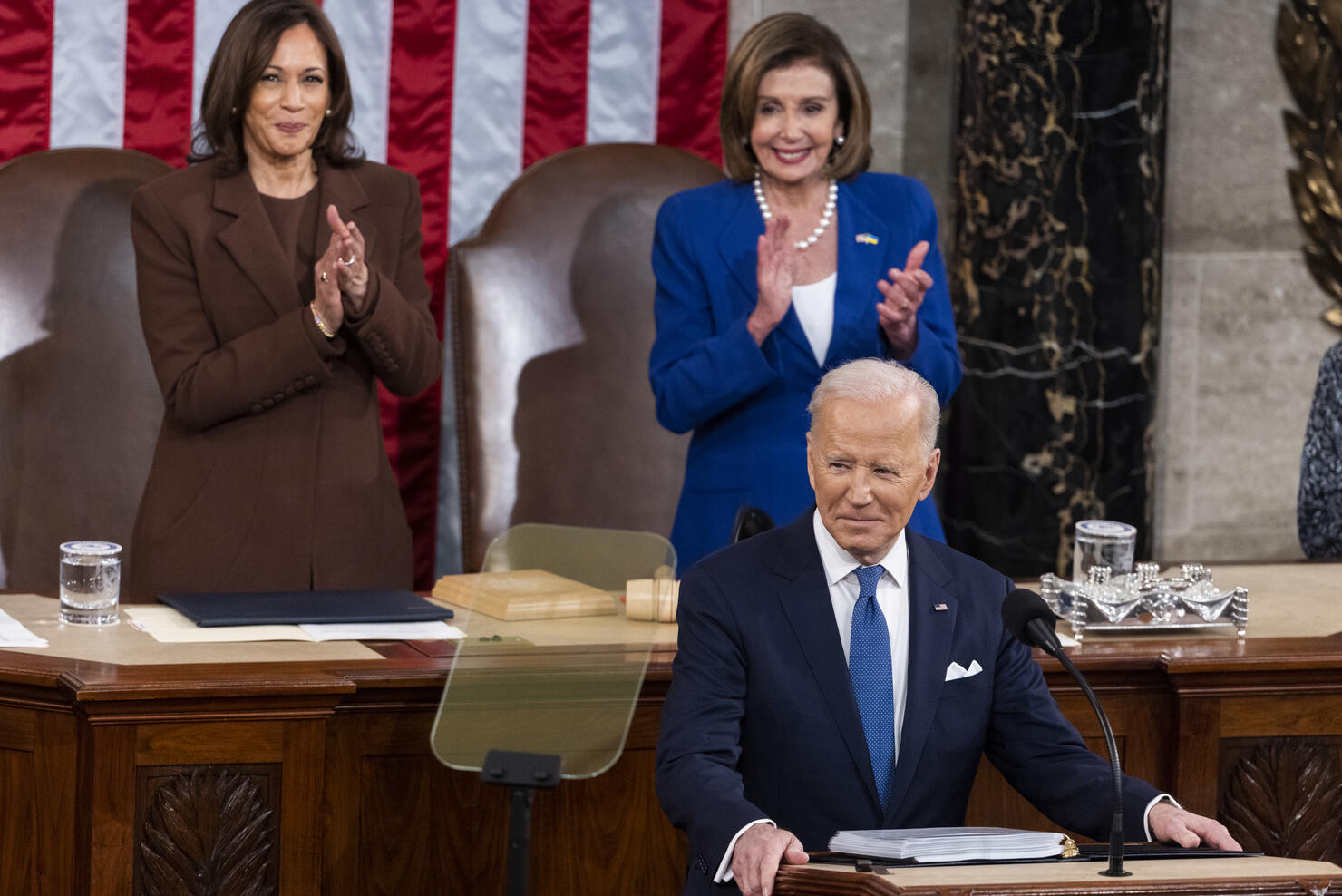 The U.S. President Joe Biden on Tuesday delivered his first State of the Union address under the cloud of the Russian invasion of Ukraine, calling out Vladimir Putin, and pledging to go after Russian oligarchs, according to Azerbaijan in Focus, reporting Turan News.

“Six days ago, Russia’s Vladimir Putin sought to shake the foundations of the free world thinking he could make it bend to his menacing ways. But he badly miscalculated,” Biden started his speech by saying.

Putin, he claimed, “thought he could roll into Ukraine and the world would roll over. Instead, he met a wall of strength he never imagined. He met the Ukrainian people…”

From President Zelenskyy to every Ukrainian, their fearlessness, their courage, their determination, inspires the world. Groups of citizens block tanks with their bodies. Everyone from students to retired teachers turned soldiers defending their homeland, Biden said.

Biden spent the first 10 minutes of his over 1 hour-long address to the American people speaking about ‘Putin’s latest attack on Ukraine’, as he put it, saying that it was “premeditated and totally unprovoked.”

The President’s rhetoric on Ukraine, and particularly his recognition of the Ukrainian ambassador to the United States sitting next to the first lady, drew bipartisan applause among the Congress members, as he vowed to remain tough on Putin.

Throughout our history “we’ve learned this lesson when dictators do not pay a price for their aggression they cause more chaos. They keep moving” Biden said.

And the costs and the threats to America and the world “keep rising,” he added.

That’s why the NATO Alliance was created to secure peace and stability in Europe after World War 2. “It matters. American diplomacy matters…”

Minutes before Biden’s speech kicked off, Boeing, one of the world’s largest aerospace manufacturers, has announced it is cutting ties with its Russian partners.

The Russian stock market has lost 40% of its value and trading remains suspended. Russia’s economy is reeling and “Putin alone is to blame”, Biden said.

“Together with our allies, we are providing support to the Ukrainians in their fight for freedom. Military assistance. Economic assistance. Humanitarian assistance. We are giving more than $1 Billion in direct assistance to Ukraine. And we will continue to aid the Ukrainian people as they defend their country and to help ease their suffering.”

Biden also signaled “pain on Russia and supporting the people of Ukraine”.  “Putin is now isolated from the world more than ever,” he said.

“Together with our allies –we are right now enforcing powerful economic sanctions. We are cutting off Russia’s largest banks from the international financial system.”

Preventing Russia’s central bank from defending the Russian Ruble making Putin’s $630 Billion “war fund” worthless. “We are choking off Russia’s access to technology that will sap its economic strength and weaken its military for years to come… Tonight I say to the Russian oligarchs and corrupt leaders who have bilked billions of dollars off this violent regime: no more.”

The U.S. Department of Justice is assembling a dedicated task force to go after the crimes of Russian oligarchs, Biden said. “We are joining with our European allies to find and seize your yachts, your luxury apartments, and your private jets. We are coming for your ill-begotten gains.”

Biden also highlighted a move by the U.S. and 30 countries to release 60 million barrels of oil from strategic reserves to address energy price spikes driven by the conflict. “We stand ready to do more as necessary, united with our allies,” he said. “I want you to know, we’re going to be OK.”

Following Biden’s speech, Exxon Mobil announced that it will exit Russia’s oil and gas operations that it has valued at more than $4b and halt new investment as a result of Moscow’s invasion of Ukraine.

“To all Americans, I will be honest with you, as I’ve always promised. A Russian dictator, invading a foreign country, has costs around the world. And I’m taking robust action to make sure the pain of our sanctions is targeted at Russia’s economy. And I will use every tool at our disposal to protect American businesses and consumers.” Biden said.

For Biden, when the history of this era is written, Putin’s war on Ukraine will have left Russia weaker and the rest of the world stronger. While it shouldn’t have taken something so terrible for people around the world to see what’s at stake now everyone sees it clearly.

For Biden, in the battle between democracy and autocracy, democracies are rising to the moment, and the world is clearly choosing the side of peace and security.

“This is a real test. It’s going to take time. So let us continue to draw inspiration from the iron will of the Ukrainian people.”

Putin, Biden said in conclusion, “may circle Kyiv with tanks, but he will never gain the hearts and souls of the Ukrainian people… He will never extinguish their love of freedom. He will never weaken the resolve of the free world.”