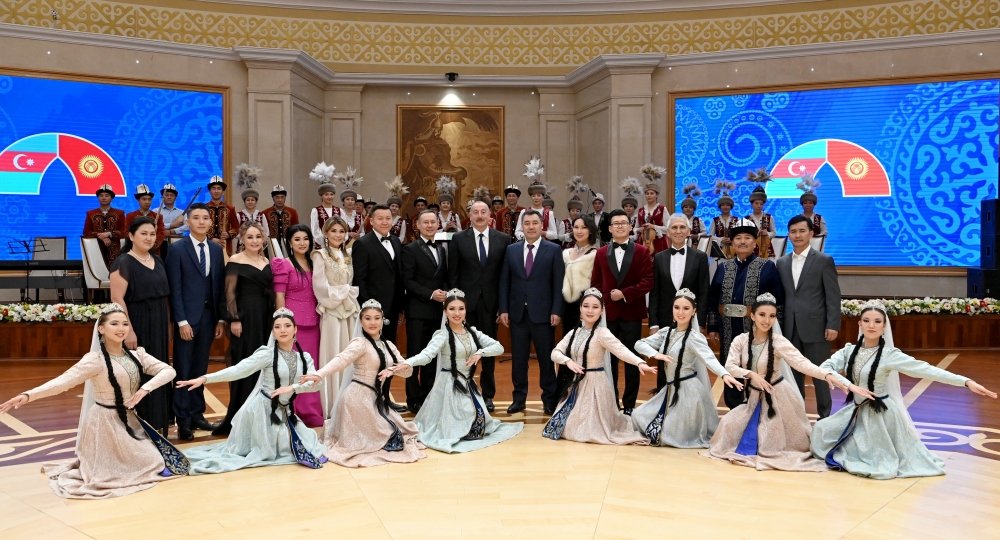 Thank you, dear Sadyr Nurgozhoyevich, for such a memory. We saw video footage of Heydar Alirza oglu arriving for the millennium celebration of the “Manas” epic. All members of our delegation – I share in their feelings – experienced the same feelings, a sense of pride, a feeling that we are continuing his path of brotherhood of Azerbaijani and Kyrgyz peoples. But you have also given another book.

President Sadyr Japarov: It is just about the Kyrgyz.

President Ilham Aliyev: It is a book about the Kyrgyz in Azerbaijani. This book is also worthy of respect because we must know each other through our languages, through Azerbaijani, through Kyrgyz, which have common roots, and we should be proud of our common history, be proud of each other’s history and, as we agreed today, do everything in our power to bring our countries and peoples closer together. Thank you again.