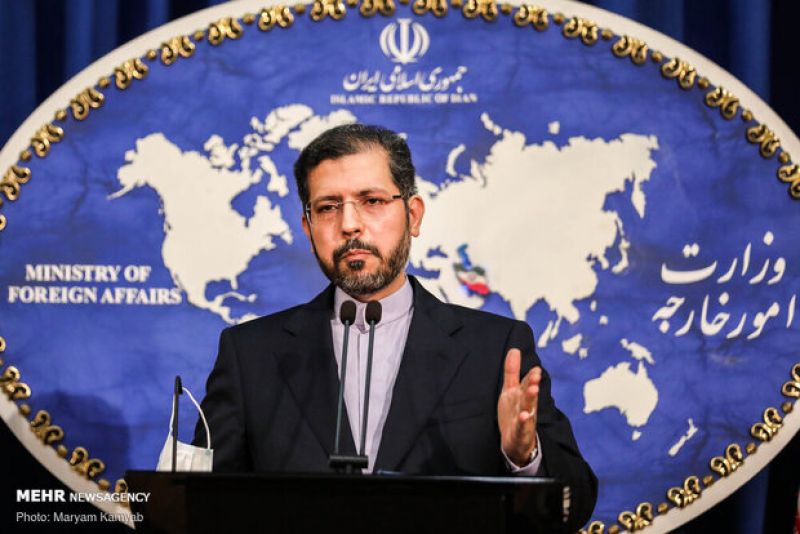 Official Tehran responded to yesterday’s statement by Ilham Aliyev that Baku does not understand why Iran is conducting military exercises on the border with Azerbaijan.

Thus, the press secretary of the Iranian Foreign Ministry Saeed Khatibzadeh called “frustrating” the Azerbaijani president’s assessment of the military exercises conducted by Iran on the border with Azerbaijan.

Although the two countries have good, respectful relations and enjoy normal paths of communication at the highest levels, the way the Azerbaijani President has expressed the remarks was surprising, the senior diplomat said.

According to him, this topic (military exercises) was discussed in detail between the foreign ministers of Iran and Azerbaijan at a meeting in New York and an agreement was reached to continue them.

Iran has always expressed its opposition to any occupation, emphasizing the need to respect the territorial integrity of countries and internationally recognized borders, the spokesman added.

Referring directly to the military exercises conducted by Iran near the borders of Azerbaijan, Khatibzadeh remembered Israel for some reason.

Stating that Iran will not tolerate the presence of the Zionist regime near its borders, Iranian Foreign Ministry Spokesman said that Iran will take any action it deems necessary for its national security.

At the same time, the Iranian diplomat did not respond to Aliyev’s accusations that Tehran is ignoring Baku’s demands to respect its sovereignty. Iran continues to send its trucks to Karabakh, despite urgent warnings from Azerbaijan.

Recall that a day earlier, Azerbaijani President Ilham Aliyev, in an interview with Anadolu agency, called it “incomprehensible” Iran’s military exercises near the borders of Azerbaijan. “Each country has the right to conduct military exercises on its territory, but why exactly now and why on our border?” Aliyev said and expressed hope that long-term cooperation with Iran would not be hit.

This article originally appeared in TURAN INFORMASIYA AGENTLIYI on 28 Sep 2021.