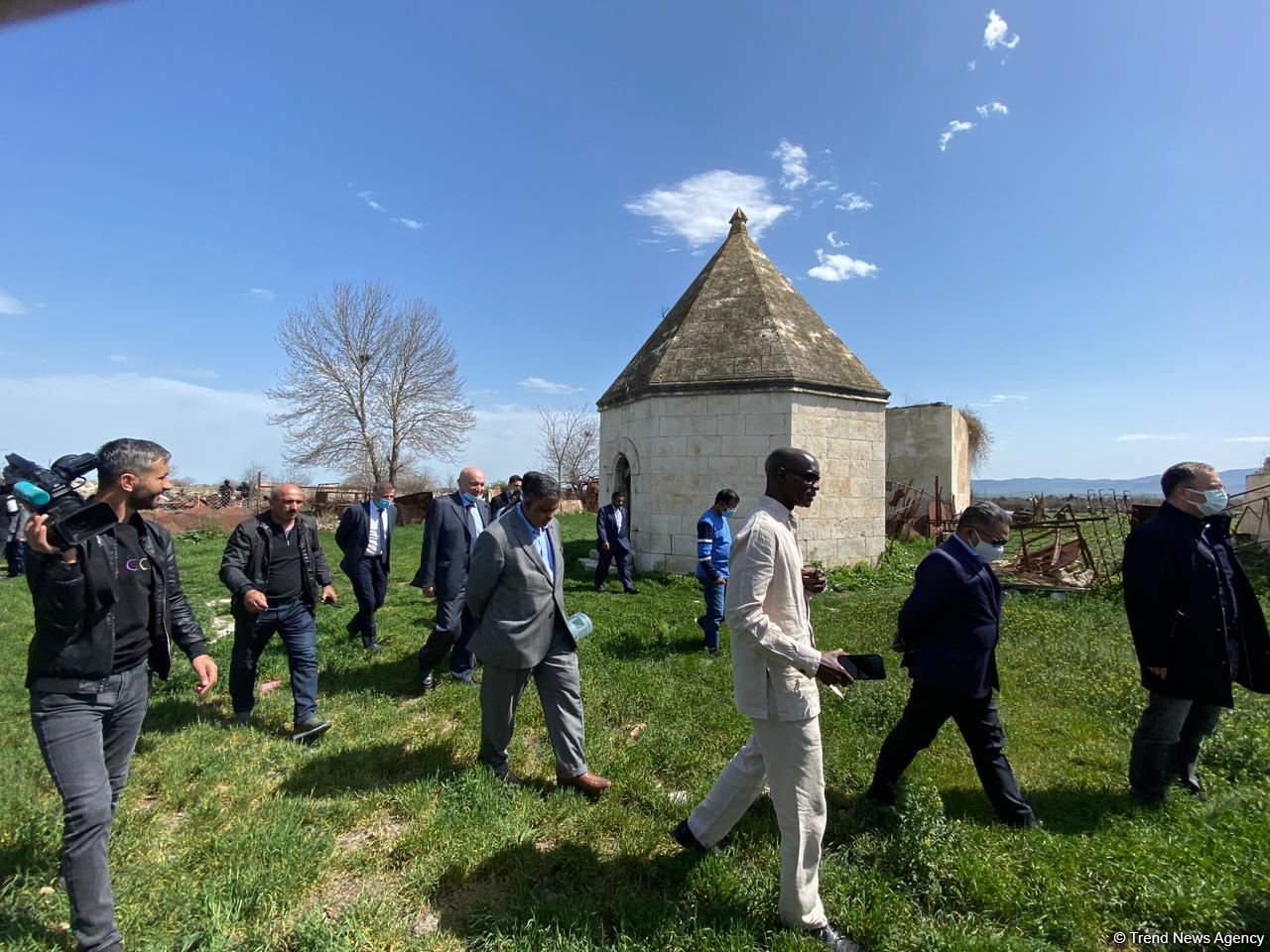 Permanent representatives of the OIC Contact Group on Armenian aggression against Azerbaijan are on a visit to Azerbaijan’s Aghdam district, according to Azerbaijan in Focus, reporting Trend News on April 6.

The members of the delegation visited the Ibrahim Khalil Khan palace.

The members of the delegation were informed that the descendants of the khan were buried here. The mausoleums were built over their graves. During the occupation, the Armenian occupiers ravaged this territory and kept pigs there.

There was a stadium in the vicinity of the palace where the famous “Garabagh” Aghdam football club was based.