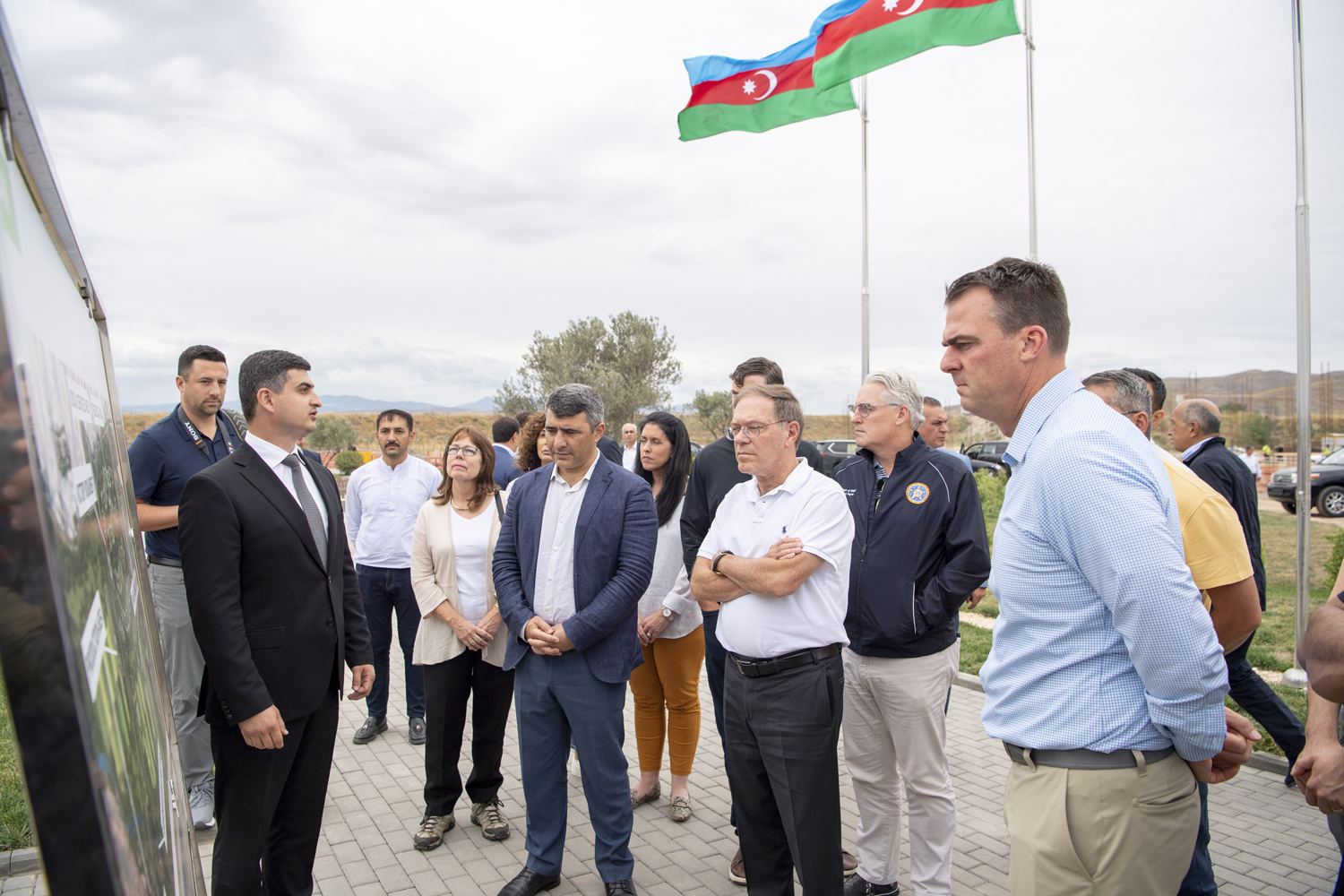 A delegation led by Governor of Oklahoma Kevin Stitt visited the Zangilan district liberated from the Armenian occupation, according to Azerbaijan in Focus, reporting Trend News, citing the Azerbaijani Agriculture Ministry on July 29.

During the trip, organised by the Ministry of Agriculture, the members of the delegation reviewed the work carried out within the “smart village” project.

The “smart village” project was presented for the US delegation, which visited the construction site in Birinji Agaly village. The pilot project covers three villages of the Zangilan district.

The project mainly consists of five components: the housing sector, production, social services, smart agriculture and alternative energy. First of all, 200 houses are planned to be built on the territory by using innovative building materials.

Engineering communications, heating systems in houses will also be based on smart technologies. The modern schools, kindergartens, polyclinics and e-government centres are planned to be built and the tourism infrastructure is planned to be created in these villages.

Governor Stitt said that a big part of the energy which is consumed in Oklahoma is obtained from alternative sources.

Stitt highly appreciated the use of alternative energy sources in the smart village project, adding that he was glad to have the opportunity to review the work conducted on the spot.

The delegation from Oklahoma is on a visit to Azerbaijan at the invitation of the Ministry of Agriculture. The delegation, led by Stitt, includes Major General of the US National Guard, State Adjutant General Michael Thompson, Brigadier General John Harrison and other officials.

During the visit, the delegation held numerous meetings in Baku, visited Hajigabul, Gobustan and Zangilan districts. The delegation plans to visit Ganja on July 30.