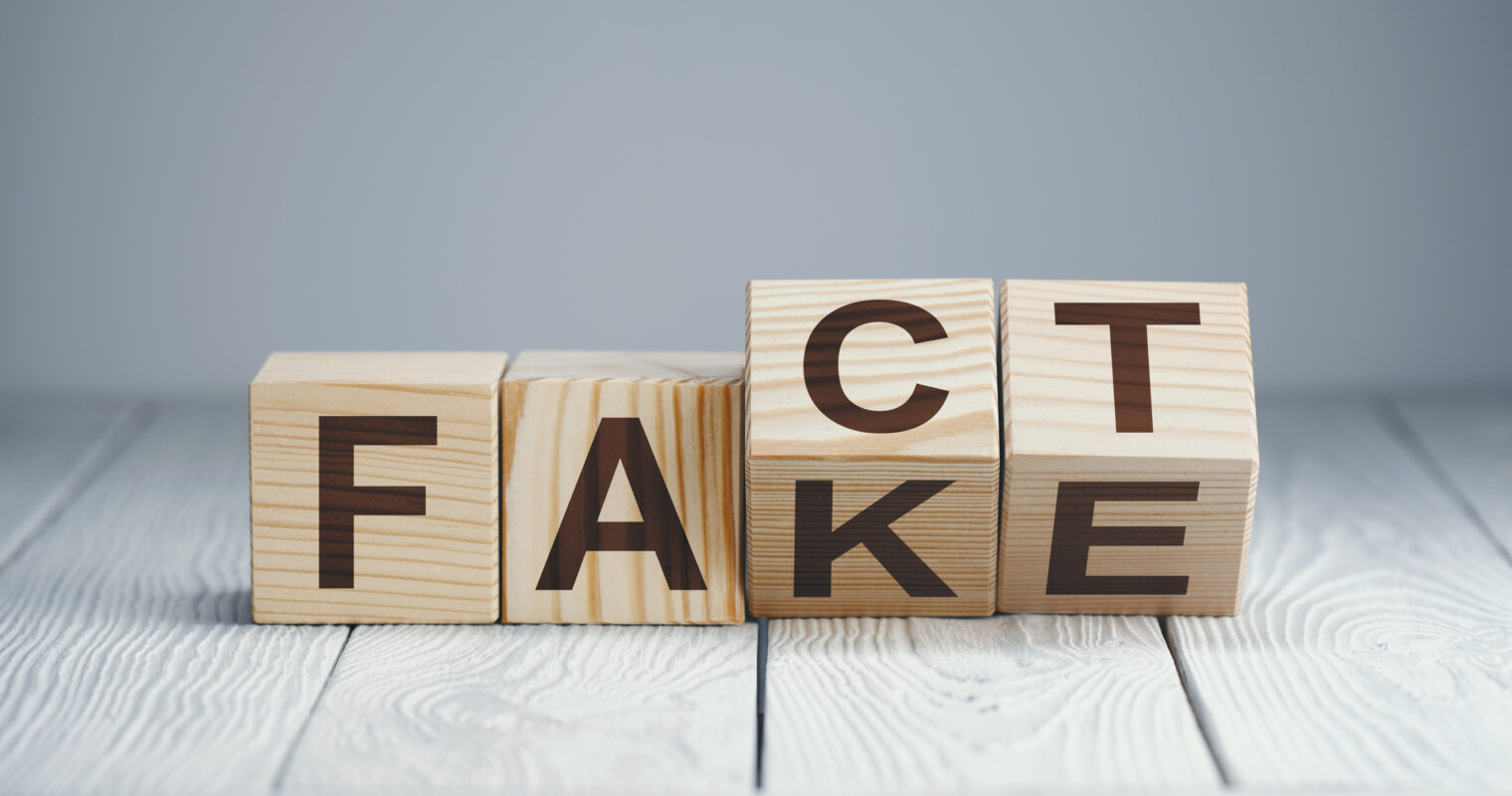 A recent interview in the U.S. with a political consultant noted how Armenians have a tendency to “make things up entirely, take half-truths and put them in the worst possible light.” The interviewer noted that Armenians often talk “a whole bunch of nonsense” which is both “farcical and idiotic”. Apparently, “accusations are always made with no documentation or facts” to support them. In fact, most of this misinformation is “sheer nonsense and conspiracy theory.” And the worst of all the Armenians for this are the diaspora in Southern California, who are “the most crazy” in producing “idiotic propaganda that has been immensely successful.”

The political consultant being interviewed was not Turkish or Azerbaijani, however. He was Eric Hacobian, appearing on CivilNet, the big Armenian media organisation in the U.S. And he was actually complaining about how the misinformation and disinformation being generated by the Armenian media, and assorted individuals, was in some ways responsible for the recent defeat and now threatened to destroy the Armenians themselves. At one point the interviewer asked Hacobian if Armenians “had a particular propensity for believing” this propaganda and conspiracies against them. Hacobian diplomatically sidestepped this question by replying that conspiracy theory interests all humanity.
This raises the question of whether Armenian misinformation and disinformation, so often directed against the enemy, is actually a double-edged sword in the sense of being very harmful to Armenians themselves. Obviously, with the recent defeat, it is being projected inwards as well as outward, as it usually is.

This is a more important question than it appears to be, at first. After all, if people become very skilled at the production of misinformation and disinformation there is a risk that they will start to believe it themselves. Repeating a lie, again and again, will make someone so comfortable with it that it becomes internalised so that the actual truth of the matter is forgotten. Memory works that that.

Action is usually based on thought but what happens if thought takes place within a framework of misinformation and disinformation. Presumably thought is distorted and consequently, action is defective. Not being able to separate fact from fiction will lead to poor judgement based on false reality in which all perspective is lost. Ambitions become grandiose, myopic self-importance and over-confidence prevail, and all sense of one’s limitations – an essential understanding in statesmanship – disappears with disastrous results.

A belief in one’s own propaganda is fatal and the Armenians, who excel at the art, are a good example of this.

An interesting letter about the differences between propaganda (misinformation and disinformation) and information was written by Lord Esher to General Macdonogh on 17th October 1916. Here is what Esher said to Macdonogh:
“The more I hear and see of propaganda, the more chaotic it appears. I quite agree that if you could begin afresh it could be united under one supreme head in London. This is now impossible owing to the position occupied by Mr Masterman.
The cardinal principle that underlies the whole subject is the clear separation of propaganda and intelligence. The one is mainly a system of falsehood, while the other aims at the exact truth. It is corrupting for the furnishers of truth that they should be engaged in manufacturing lies. Both Napoleon and Bismarck understood this division of labour. They each of them had a cabinet for the Collection of Information, and another Cabinet for the Promulgation of Falsehood. Roughly, the one is eminently the function of soldiers, while the second can be left to the Foreign Office. Accepting this as a basis, it would not be very difficult to build up an organisation.”

The event that seems to have produced Lord Esher’s warning about the mixing of propaganda and fact was the publication of Lord Bryce’s Report on The Treatment of Armenians in the Ottoman Empire in October 1916, when Esher wrote to Macdonogh.

The four-volume collection of Lord Esher’s Letters and Journals is of immense interest to anyone wanting to study the workings of the British state, then in its most intense Imperial phase. Esher studiously avoided public office, though he was offered some of the highest positions in the British State, by the greatest men leading it, because he wanted to think clearly for England and advise correctly, free from the distorting effect of political considerations.

Lord Esher saw propaganda and truth as opposites and having entirely different objectives. For this reason, there should always be a “clear separation of propaganda and intelligence”. The material produced by the Masterman organisation (Propaganda Bureau, Wellington House) by Lord Bryce etc. was “mainly a system of falsehood”, in contrast to intelligence which “aims at the exact truth”. And propaganda was fundamentally “corrupting for the furnishers of truth” when they were “engaged in manufacturing lies”.

Lord Esher thought for England and he was listened to. But the British State had gone too far down the road to un-mix propaganda and truth. The Great War had become a great act of fraud through the desire of Liberal England to “fight the good fight” at the outset. And Liberal England, to salve its conscience in lending support to an Imperialist, Balance of Power war, proceeded to write fierce war propaganda which distorted the objectives of that war. And they were reinforced in this by an unexpected development when Britain needed the U.S. to dig them out of the hole they had dug for themselves and America would not join a Balance of Power, Imperialist land-grab. So the propaganda that the British Liberals wrote was bolstered by President Wilson, whose Liberal idealism accentuated the distortions and led to both the winning of the war and disastrous outcomes for those who came to believe that a better world would come from it.

The mess that this resulted in during the settlement of the First World War in 1919 led to a Second World War within a generation.

The organisation which Lord Esher referred to as being led by Mr Masterman was Wellington House. It got its name in the Autumn of 1914 when the War Propaganda Bureau was a part of the British Foreign Office and was stationed in Wellington House (later destroyed, with most of its records, in a mysterious fire), near Buckingham Palace. It was part of the Foreign Office because the target of its work was overseas opinion, particularly in America.

The Director of the War Propaganda Bureau was Charles F. Masterman, a Liberal M.P., former Cabinet Minister in Asquith’s Government, and literary editor of The Daily News, who before the War had run a campaign in favour of Lloyd George’s National Insurance legislation. When Asquith called Masterman to direct the propaganda of the British State in August 1914 he invited twenty-five leading British writers to Wellington House. The agenda of the meeting was to discuss ways of best promoting Britain’s interests during the War. It was attended by J.M. Barrie, Gilbert Murray, H.G. Wells, John Galsworthy, Arthur Conan Doyle, Thomas Hardy, John Masefield, Arnold Bennett, G.K. Chesterton, and G.M. Trevelyan among others. These men were among the greatest literary talent England ever produced.

The meeting was the largest gathering of creative and academic writers for an official purpose in English history. A second meeting attracted all the great newspaper editors like Geoffrey Dawson of The Times, Edward Cook, J.L. Garvin and J.A. Spender. Those present at the conference agreed to the utmost secrecy regarding their future work and very few people, even in Parliament, knew of the existence of Wellington House until well after the War.

Propaganda was a game played by English gentlemen but it was not considered to be a gentleman’s game. Arnold Toynbee, from Winchester College and Balliol, Oxford, and a respected classical historian, remarked that he would like to get out of it for that reason, and as soon as it was practically possible. Nevertheless, it was something that had to be done and British gentlemen did it as their patriotic duty. And to relieve their consciences all the records of their activities at the Propaganda Office were destroyed immediately after the War.
The Wellington House brief was very simple – to make the enemy look as evil and barbarous as possible and make Britain and her allies look as decent and good as could be. The main focus was Germany, but much of its effort was later to be expended against the Turks, who had been getting too much of a good press in England by those who regarded them along the lines of the old phrase popular among Conservatives: “The Turk is a Gentleman”.

In December 1916 the British Propaganda Bureau became the Department of Information and was placed under the direction of John Buchan (the famous author of 39 Steps and Greenmantle fame) on Lord Milner‘s recommendation. Buchan was a great novelist and spinner of stories. Masterman became Deputy to Buchan. In February 1917 Buchan was also given charge of the Department of Information to coordinate all the State‘s propaganda activities, under the direction of Lord Carson, the leader of Irish Unionism and famous barrister. Later, in 1918, upon Carson’s resignation from the Cabinet, a Ministry of Information was created under Lord Beaverbrook, the influential press baron. Throughout all these organisational changes people involved in the propaganda formation business continued to refer to it all as Wellington House.

Lord Esher was undoubtedly correct about the “system of falsehood” that was erected in fighting the war and the propaganda departments’ “manufacturing of lies” against Turkey and Germany. This produced positions, which had to be retreated from at the conclusion of the War. However, it was the effect of these official lies on those they instigated to fight who were also victims. They found that Britain was not interested in them after all their sacrifices.

The Armenians were victims of the use of misinformation and disinformation, which they took to with relish themselves, but which helped exaggerate not only their ambitions but within them, their own sense of importance with disastrous repercussions. Propaganda is very much a double-edged sword. If you start to believe in it, as Lord Esher noted, you lose proportion and sound judgement and head toward catastrophe. The Armenians became masters of it, but then it mastered them.