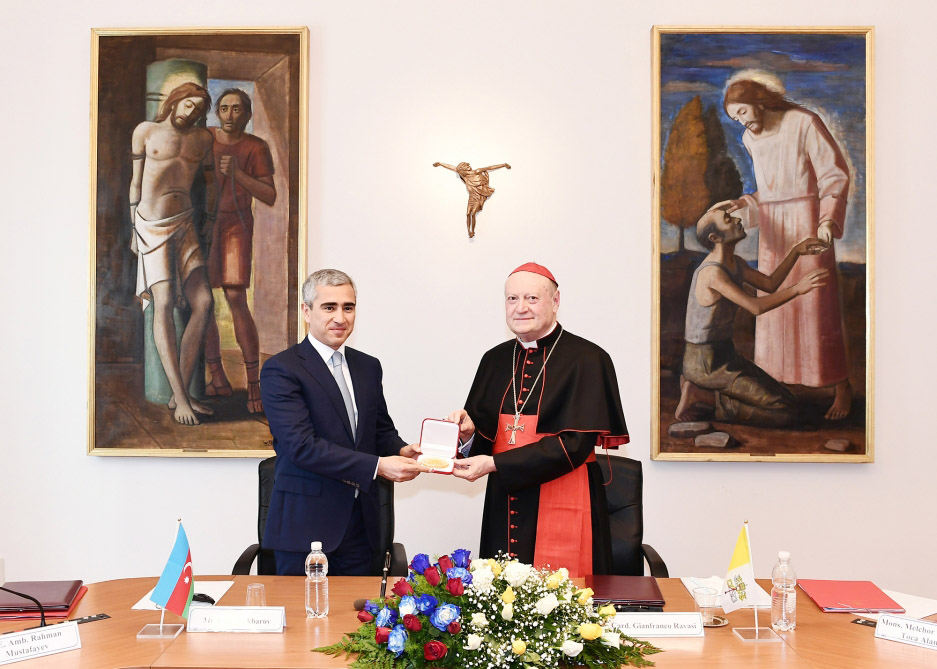 On the Initiative of Mehriban Aliyeva, Heydar Aliyev Foundation Makes Another Contribution To the Protection Of World And Religious Heritage In the Vatican

The projects of Heydar Aliyev Foundation aimed at preserving historical, cultural and religious heritage are not limited to the borders of Azerbaijan. For more than a decade, with the support of the Foundation, important historical monuments in the Vatican have been restored. On the noble initiative of the First Vice-president of Azerbaijan, President of Heydar Aliyev Foundation, Mehriban Aliyeva, the Vatican has launched the next stage of cooperation in this direction.

According to Azerbaijan in Focus, reporting Qafqazinfo, a delegation of Heydar Aliyev Foundation and representatives of religious communities of Azerbaijan paid a visit to the Vatican. During the visit, a new cooperation agreement was signed between Heydar Aliyev Foundation and the Pontifical Commission of Sacred Archaeology on the restoration of the Catacombs of the Holy Commodilla.

Cardinal Gianfranco Ravasi, chairman of the Pontifical Council for Culture and the Pontifical Commission for Sacred Archeology, described the signing ceremony as a significant event in relations between the Vatican and Azerbaijan. It was noted that the existing cooperation between Heydar Aliyev Foundation and the Vatican is already entering the next stage. Going over the projects implemented within the cooperation, the cardinal informed about three important stages and noted that the first stage was the restoration of the catacombs of St. Marcellinio and Pietro, followed by the opening ceremony with the participation of First Vice-president of Azerbaijan, Mehriban Aliyeva. Now the public can visit those catacombs, where magnificent frescoes have been restored.

The second stage was a museum established in St. Sebastian’s Basilica, and President of the Foundation Mehriban Aliyeva closely supported the organisation of the museum, which restored and protected the sarcophaguses. In the current, third stage, the goal is to restore the Commodilla catacombs, which are still closed to the public, and make them available to visitors.

The cardinal noted that this successful cooperation, established by Heydar Aliyev Foundation and the Vatican, not only contributes to the protection of cultural heritage, but also contributes to the development of inter-religious dialogue.

“It is noteworthy that Azerbaijan, where the majority of the population is Muslim, takes great care of the Christian cultural heritage,” said the cardinal. He praised the inclusion of representatives of all religious communities in the Azerbaijani delegation as a high assessment of religious diversity. The new cooperation agreement will result in the opening of one of the catacombs in Rome to the public and thus add another pearl to the cultural richness of Rome.

In 2025, Rome will host the “Holy Year” jubilee events, which are of special importance for the Roman Catholic Church and are celebrated every 25 years, and tourists and pilgrims from all over the world will flock to the “eternal city”. This will allow a large number of visitors to the Commodilla catacombs, which will be opened after the restoration: “Therefore, we express our deep gratitude to Heydar Aliyev Foundation and see it as part of our cultural community, because the Foundation, like us, focuses on the development of both cultural and inter-religious dialogue.”

Executive Director of Heydar Aliyev Foundation, Anar Alakbarov, conveyed greetings of President of the Republic of Azerbaijan Ilham Aliyev and First Vice-president Mehriban Aliyeva to the participants of the event. He noted that about a year ago, Ilham Aliyev visited the Vatican, where he held several meetings. It was noted that by virtue of the cooperation of Heydar Aliyev Foundation with the Holy See, projects for the protection of world cultural heritage have been implemented. It was noted that First Vice-president of Azerbaijan Mehriban Aliyeva always pays attention to these successful relations. During the meeting, a letter from Mehriban Aliyeva was presented to Cardinal Gianfranco Ravazi.

The letter stated that “our joint efforts further strengthen bilateral relations between the Republic of Azerbaijan and the Holy See. These efforts reflect our concrete and practical contribution to the much-needed intercultural and inter-religious dialogue at the global level.”

It is noted that over the past years, “Azerbaijan has demonstrated through the activities of Heydar Aliyev Foundation that all elements of cultural heritage are equally dear to us. Christian catacombs, despite their geographical, cultural and religious constraints, are considered examples of world heritage and should therefore be protected and promoted. Thus, Azerbaijan is ready to continue fruitful cooperation with the Pontifical Commission for Sacred Archeology.”

The letter says that “the signing of another agreement, which will allow us to participate in the project on the restoration and protection of the Commodilla catacombs, reaffirms our strong commitment to the protection of world cultural heritage. Completion of the two-year project will allow these important catacombs to be opened to visitors.”

It is further noted that as a result of Armenia’s nearly thirty-year military aggression and occupation of the Nagorno-Karabakh region and seven surrounding regions of Azerbaijan, Azerbaijan’s invaluable cultural heritage in those areas has been severely damaged. Last year, when the Azerbaijani lands were finally liberated from occupation as a result of the Great Patriotic War, it was extremely painful to see the scale of the terrible destruction in those areas. The reality of the destruction, looting and humiliation of hundreds of historical monuments – museums, art galleries, mosques, cemeteries – has become worse than we expected. “Now we have a great task ahead of us, such as the restoration of these liberated lands. I am confident that we will succeed. We will restore destroyed cities and villages. We will do our best to restore all the destroyed cultural heritage, regardless of its origin. Because this heritage embodies the cultural diversity of our country, of which we are proud,” the letter reads.

During the meeting, the Azerbaijani delegation noted that international experts were involved in the projects implemented in the Vatican, and called on Vatican experts to closely participate in the restoration of historical and cultural heritage in the liberated territories of Azerbaijan and contribute to this process with their views and recommendations.

At the ceremony, Deputy Chairman of the Caucasus Muslims Office, Rector of Baku Islamic University Sabir Hasanli and Chairman of the Mountain Jews Religious Community of Baku Milikh Yevdayev spoke about religious tolerance, multicultural environment in Azerbaijan, as well as the conditions created for religious communities.

The delegation then got acquainted with the Commodilla catacombs located in the VIII district of Rome. The mayor of the VIII district of Rome, Amadeo Chiakkeri, noted the historical significance of the catacomb in the area and said that the project to restore the catacomb in a crowded area with the support of Heydar Aliyev Foundation caused joy among residents. It was noted that the restoration work will increase the interest of the public and tourists to this historical monument, as well as ensure the preservation of this monument for future generations.

At the same time, it was noted that despite the fact that there are more than 60 catacombs in Rome, only a few of them are open to the public. The work carried out with the support of Heydar Aliyev Foundation is important in preserving religious and cultural heritage.

Thus, Heydar Aliyev Foundation has signed another project aimed at the protection of world cultural, historical and religious heritage, the development of intercultural and inter-religious relations. 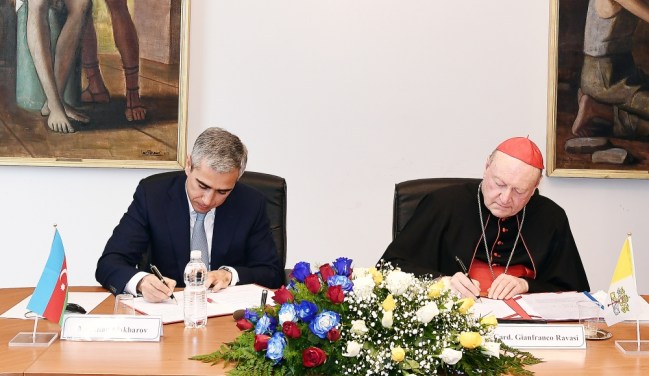 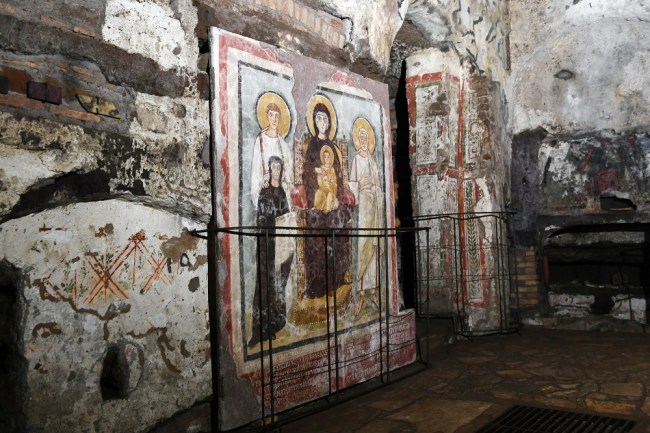 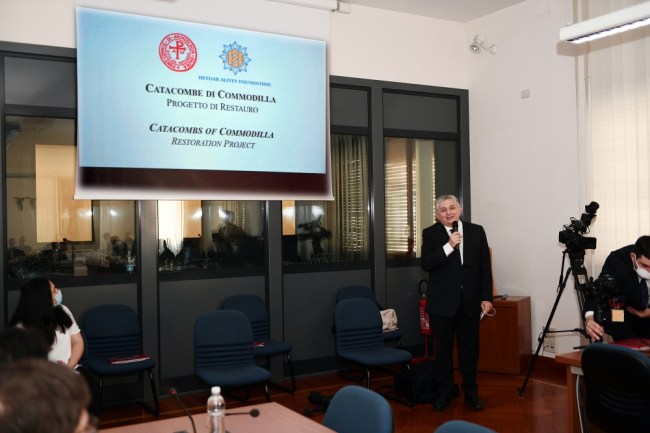 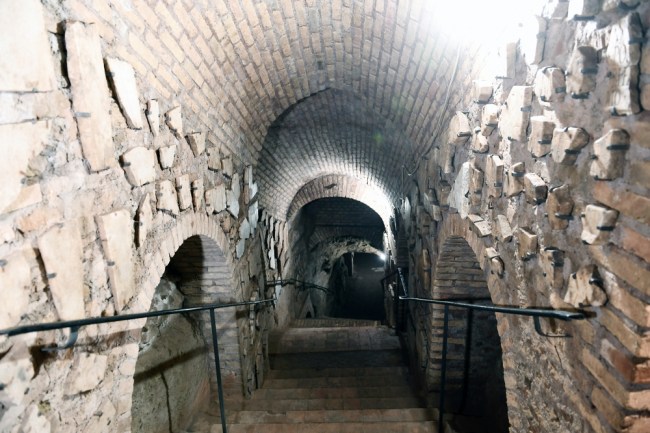 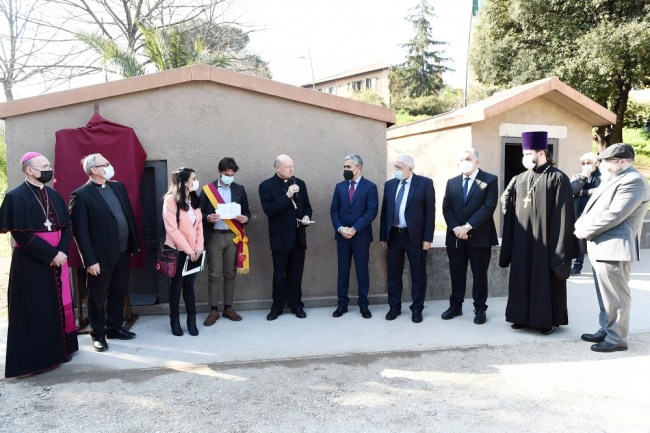 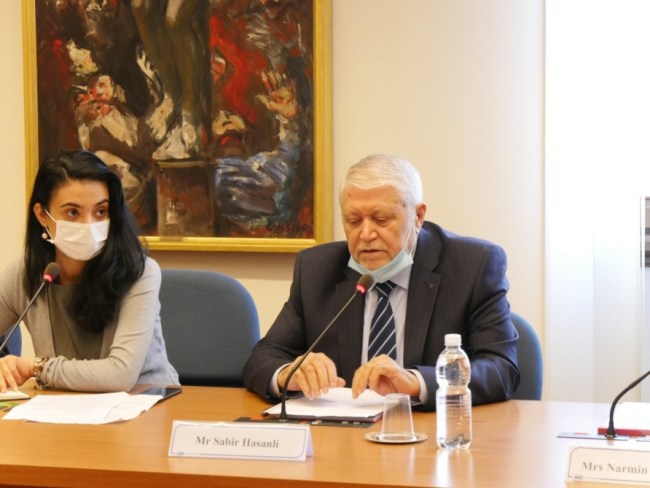 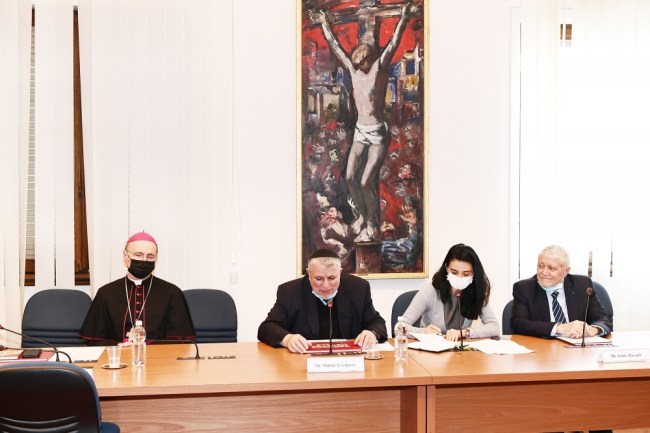 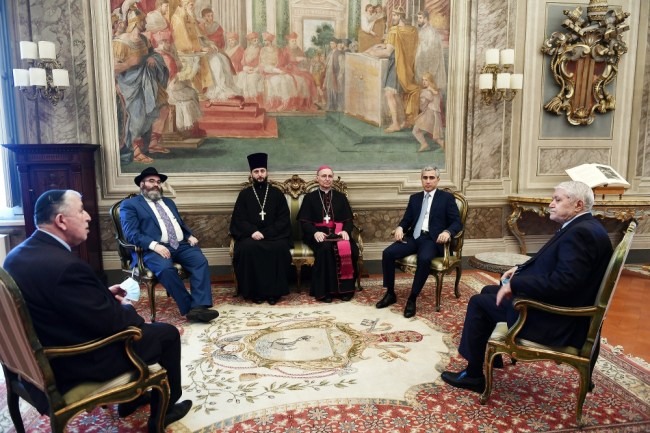 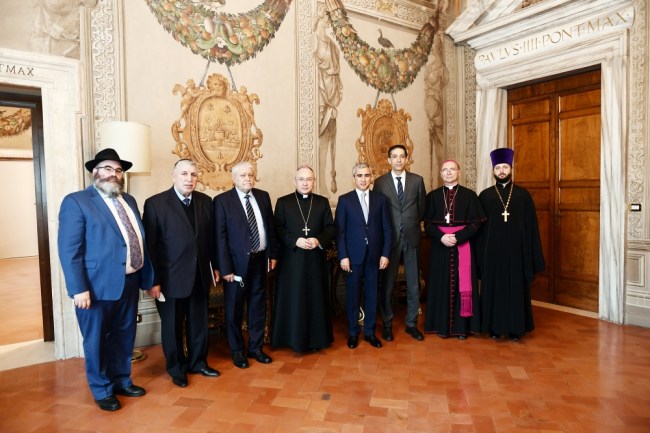 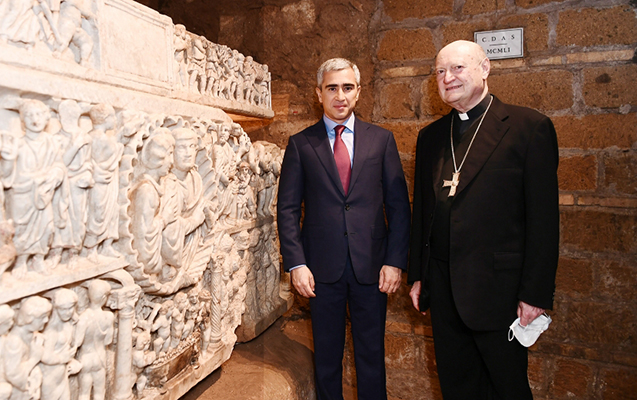