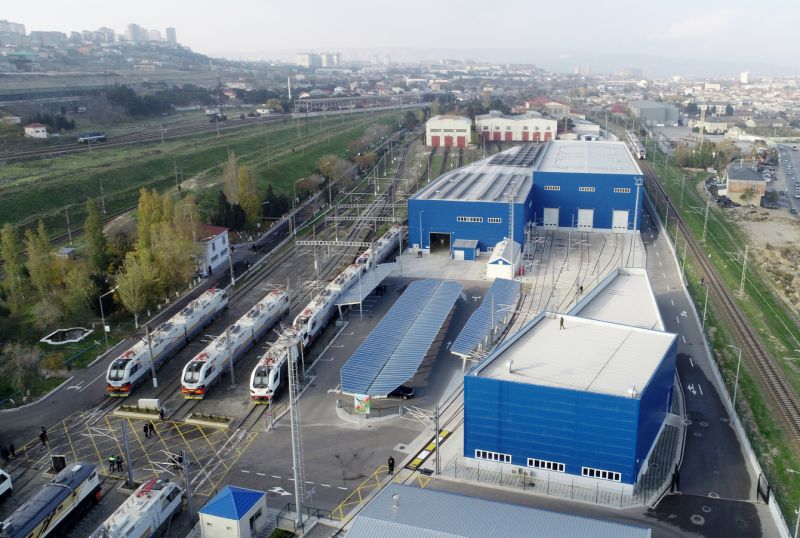 Today in Baku, a new locomotive depot Baladjari has been opened with the participation of President Ilham Aliyev, according to Azerbaijan in Focus, reporting Turan News.

Commissioning of the first such depot in the CIS in Azerbaijan is a step associated with the transition to the 4th industrial revolution. The depot is equipped with solar panels which makes it possible to use the energy obtained, Javid Gurbanov, chairman of the Azerbaijan Railways CJSC, informed the head of the state.

Note that putting this depot into operation will save energy resources, simplify operation, increase train speed and, as a result, improve freight and passenger transportation efficiency and raise the capacity of the locomotives, according to the Azerbaijani Railways.