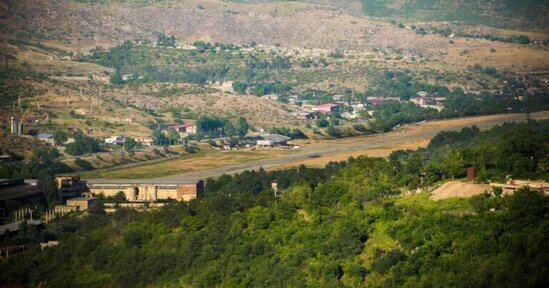 The opening of the Zangezur corridor may become an additional incentive for the development of the route between Uzbekistan and the countries of the Caspian and Black Seas, said Ilgar Valizade, head of the South Caucasus Political Scientists Club, according to Azerbaijan in Focus, reporting Trend News.

“Uzbekistan initiated a project of transport and logistics communication based on the railways under construction and already existing ones in 2019,” Valizade added.

“This project envisages the connection of the railways of China, Kyrgyzstan, Uzbekistan, Turkmenistan with the access to the Caspian Sea – to Azerbaijan, Georgia, Turkey,” head of the South Caucasus Political Scientists Club added.

“This logistics route is very important, as its part is the system of railways and Uzbekistan – Turkmenistan transport communication,” Valizade said.

Valizade stressed that these countries, namely, Uzbekistan and Turkmenistan, have been interacting in the transport sector for a long time.

“If we consider the statistics, we will see that a big part of the Uzbek goods being transported in the western direction is supplied through the port of Turkmenbashi,” head of the South Caucasus Political Scientists Club added.

“In this regard, we would like the Turkmenbashi-Alat route to be developed and to be supplemented by new participants, where we already see the interest of the Uzbek side,” Valizade said. “It is important for us.”

“These routes must be consistent with the communication system of the South Caucasus,” the head of the South Caucasus Political Scientists Club said. “Moreover, the opening of the Zangezur corridor can become an additional incentive for the development of this transport route between Uzbekistan and the countries of the Caspian and Black Seas.”

Presently, the Caspian countries focus on the efficient operation of ports. In this regard, there is interest in the implementation of the projects related to the process of organizing the cruises along the Caspian Sea.

This is a very promising sphere to which all regional countries can join. Amid the implementation of freight and passenger transportation, the Caspian Sea – Volga or the Caspian Sea – Black Sea tourist route is interesting.

The presidents of Turkmenistan and Uzbekistan discussed the prospects for the development of transport and logistics infrastructure on August 6, the process of entering new markets through the transport corridors of South Asia and the South Caucasus.

This issue was considered during a meeting between President of Uzbekistan Shavkat Mirziyoyev and President of Turkmenistan Gurbanguly Berdimuhamedov.

Moreover, the sides discussed the issue of creating an international transport and transit corridor in accordance with the Ashgabat agreement.