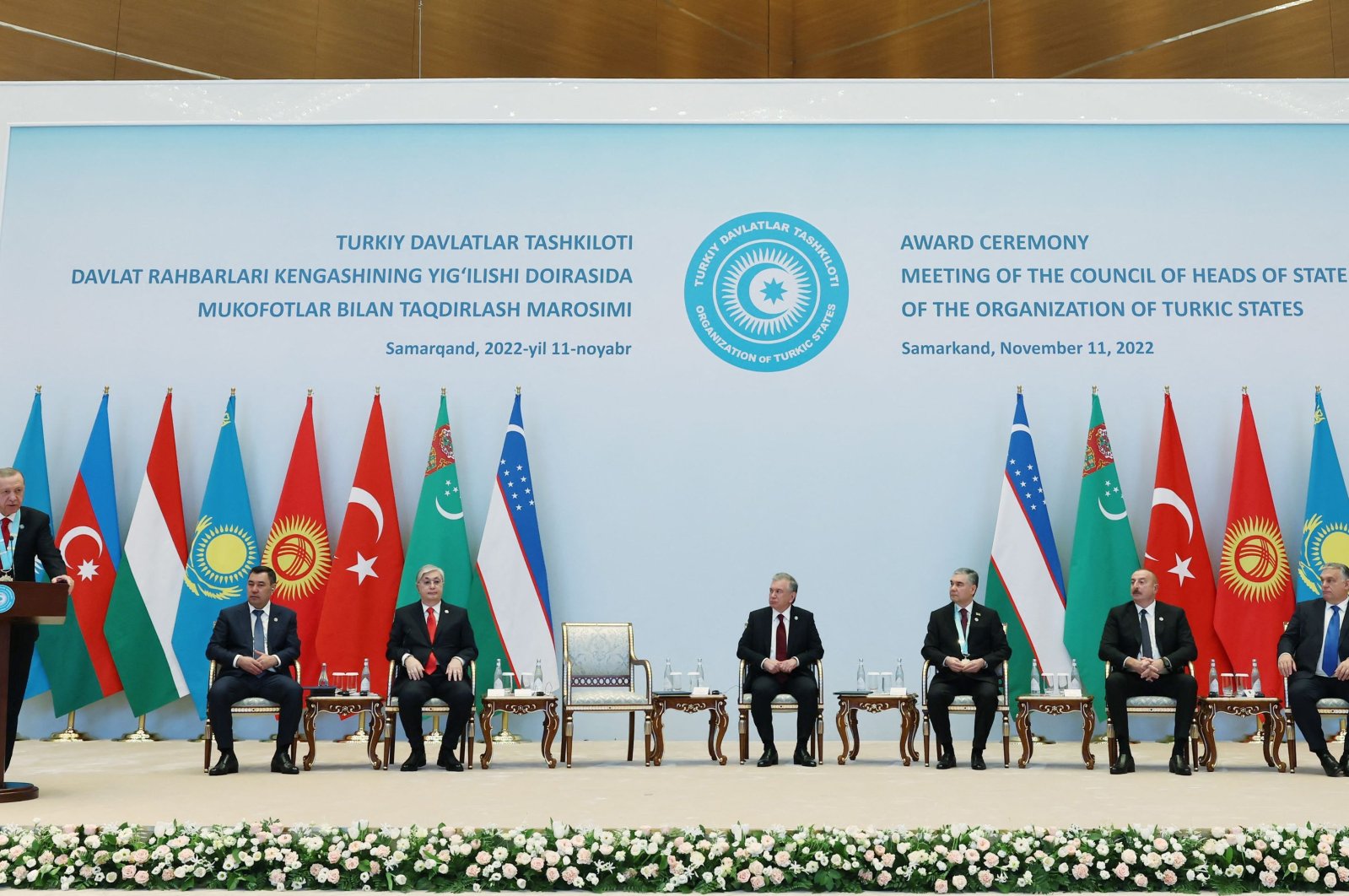 The Organization of Turkic States (OTS) inked a series of documents that will function as a road map as its ninth summit came to a close in Samarkand, Uzbekistan on Friday, according to Azerbaijan in Focus, reporting Daily Sabah.

The heads of the member states, Türkiye, Azerbaijan, Kazakhstan, Uzbekistan and Kyrgyzstan, assembled at the Samarkand Eternal City Congress Center and inked a swathe of documents. These documents feature decisions on the Samarkand Declaration, OTS’s 2022-2026 Strategy, cooperation on transport between member states, the establishment of simplified customs corridors and trade strategies agreements. The documents also include a protocol for making modifications to the Nakhchivan Agreement for the founding of a Turkic-Speaking Countries Cooperation Council, approval for OTS bylaws, the appointment of the organization’s secretary-general and assistants, Turkic Academy chair and deputy chair, along with the launch of a Turkic Investment Fund.

The OTS, formerly called the Turkic Council or the Cooperation Council of Turkic Speaking States, is an international organization comprised of prominent independent Turkic countries that work together to elevate relations and the union among themselves.

The OTS originally emerged as a summit between the heads of Turkic states in 1991 and eventually became an international council in 2009, holding over 10 summits so far.