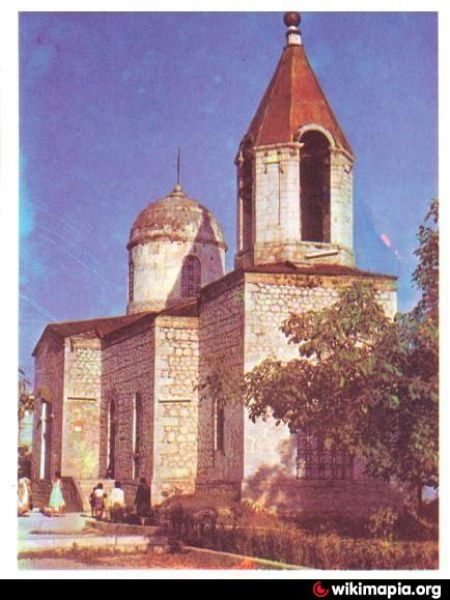 According to Azerbaijan in Focus, reporting Turan News, in Russian press, at the suggestion of Armenian authors, allegations appeared that the Azerbaijani administration, which had returned to the Karabakh city of Shusha, was destroying the Armenian church of Kanach Zham. Without proving this statement, the authors go further and write that Azerbaijan is preparing to destroy churches in Hadrut.

At the same time, collages of two photographs of the church in Shusha, taken before and after the city passed under the control of Azerbaijan, are shown.

The last photo shows that two metal pointed, conical domes have been dismantled, which, according to the Armenian side, proves the fact of the destruction of the temple.
However, the photos shown in the Russian press show not an Armenian, but an Orthodox Russian church built by the imperial administration after the Karabakh Khanate became part of Russia in 1805.

In Shusha, the Russian presence has been known since ancient times, and the Azerbaijanis called the locations of the Russian soldiers “the upper outpost” and “the lower outpost”.

The Orthodox Church of St. John the Baptist, rebuilt and renamed by the Armenians as “Kanach Zham”, was one of two Russian churches in Karabakh.

The Armenian side did not inform Baku and Caspian Diocese of the Russian Orthodox Church, which is also in charge of the Russian Church of Nagorno-Karabakh, about its intention to change the appearance of the temple. This was announced back in 2019 by the press secretary of the diocese, Archpriest Konstantin Pominov.

In Soviet times, this church, like all the others in the region, was not used for its intended purpose, but was part of a local sanatorium and was called by local residents “water gallery”.

The building of the sanatorium itself was previously located next to the church, which was completely destroyed during the Armenian occupation, like many Azerbaijani residential quarters of Shusha.

According to the native Shusha residents, work is underway in the city to return the Orthodox Church to its true historical appearance. So, at one time, the Armenians destroyed the onion-shaped dome typical for Russian architecture, placing a pointed cone. Now this foreign element has been removed and the dome will be restored to its original shape.

The temple will be returned to Baku diocese of the Russian Orthodox Church.