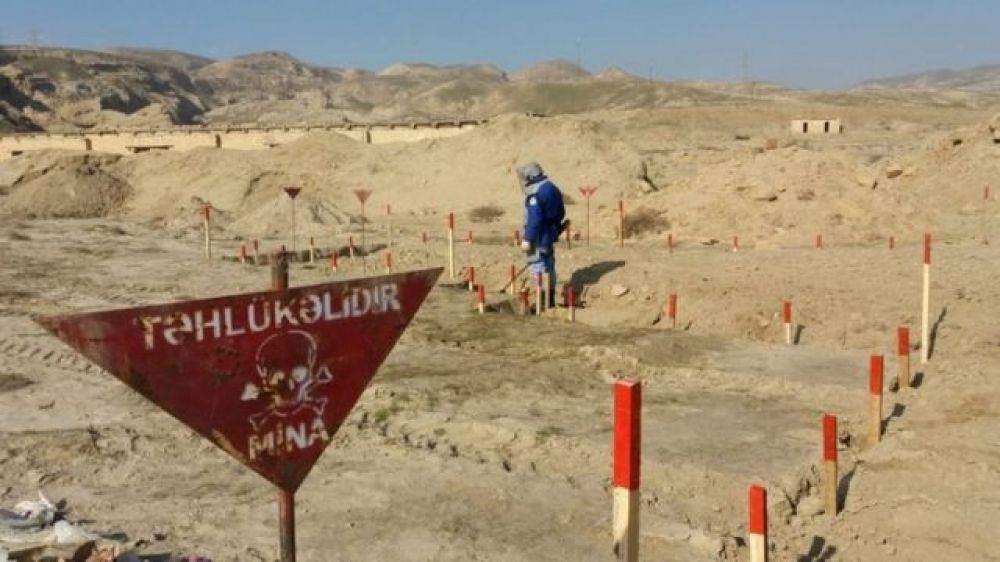 Some 1,318 anti-personnel mines were detected in Azerbaijan’s liberated Lachin District on August 15-31, according to Azerbaijan in Focus, reporting Azernews, citing a joint statement by the Azerbaijan Defense Ministry and Mine Action Agency (ANAMA).

In conformity with the statement, massive scale PMN-Э type mines, the use of which is prohibited by international humanitarian law, were discovered in Lachin. The discovered mines were produced in Armenia in 2021 following the 44-day war (2020).

The Ottawa Accord, adopted in 1997, outlaws the production, storage, transportation, and use of anti-personnel mines under international humanitarian law.

Furthermore, Armenia breaches the provisions of Additional Protocol I of the 1949 Geneva Conventions by placing anti-personnel mines in Azerbaijan’s liberated regions and demonstrates disdain for the international community.

The vast number of anti-personnel mines laid by Armenia, as well as the size of mine-littered fields, is a manifestation of mine terrorism perpetrated by this country. All this is a deliberate crime committed by Armenia against regional peace and security, as well as against the environment, and clearly indicates its hostile intentions.