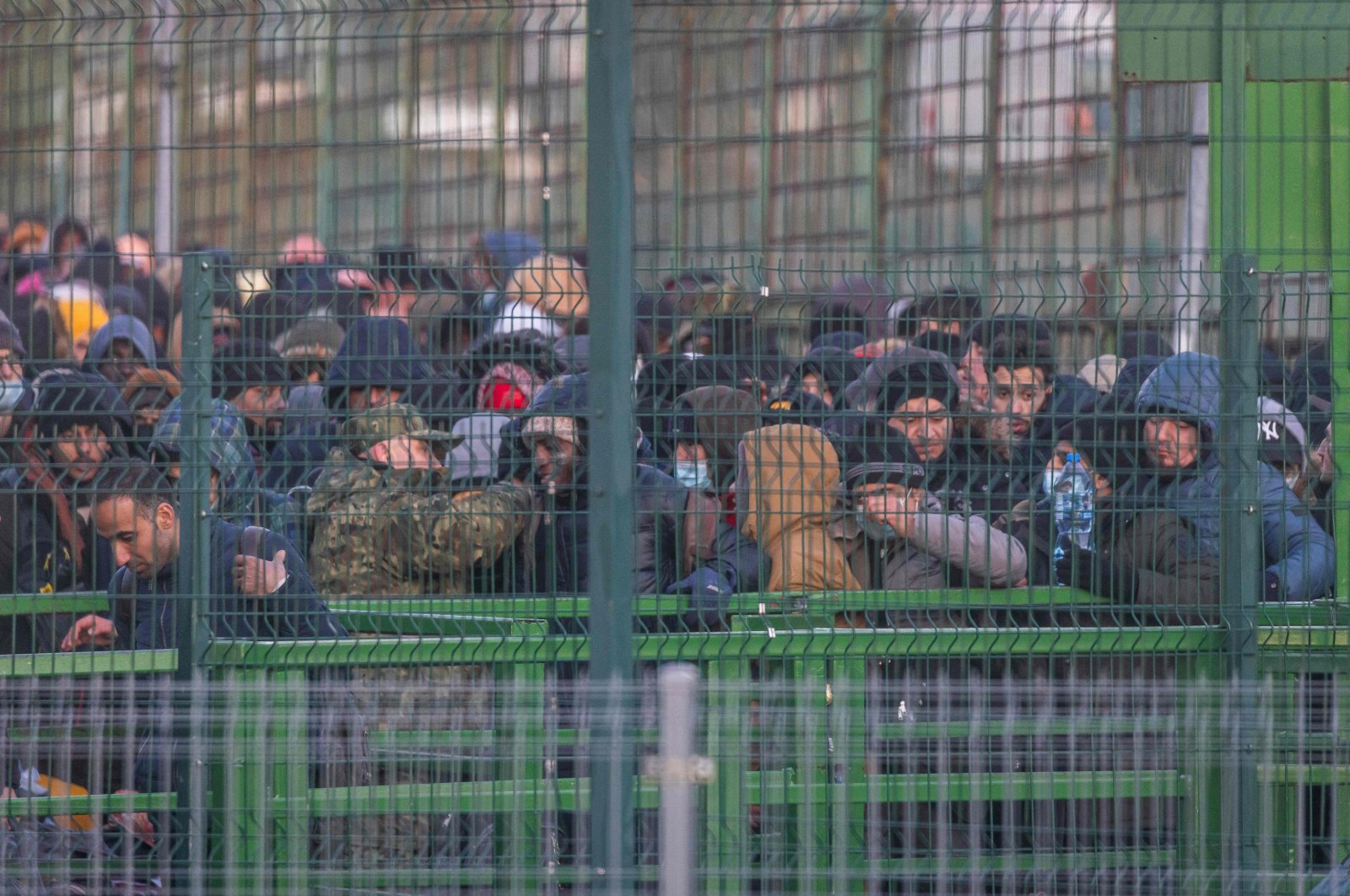 Over half a million people leave Ukraine amid Russian invasion

The number of people fleeing war in Ukraine has surged to over half a million, while a scandal has been brewing at the border with Poland over the alleged racist treatment of African refugees, according to Azerbaijan in Focus, reporting Daily Sabah.

More than 500,000 people have fled the war in Ukraine to neighboring countries, according to UN High Commissioner for Refugees Filippo Grandi. This was around 80,000 more than the figure reported on Sunday by the U.N. refugee agency UNHCR.

The majority of Ukrainian refugees have so far fled to Poland, with around 300,000 arriving since the war broke out, according to the Polish border guard. On Sunday alone, almost 100,000 people are said to have crossed the shared border into Poland.

UNHCR spokesperson Chris Melzer added that hundreds of thousands of others have been displaced within Ukraine, but was unable to give a concrete figure.

“Humanitarian workers are doing their best to respond. The U.N. has expanded its humanitarian presence in Ukraine. We shall continue to do so,” Griffiths told the U.N. Security Council said in remarks from Geneva on Monday.

“We are working to ensure we can scale up our operations as quickly as possible. And we had been preparing for this for some time,” he added.

“I must say that for the last three days, however, the movements of our dear colleagues in Ukraine have been seriously constrained as a result of ongoing fighting, and our inability to receive assurances from parties to the conflict that humanitarian movements will be protected. And only this evening I was fortunate to receive the beginning of some assurances to that effect.”

A total of 119 humanitarian organizations are currently active in Ukraine.

More money is also needed for humanitarian aid – both within Ukraine and for the refugees outside of it. U.N. Secretary-General António Guterres will address the international community on Tuesday.

As people continue to flee Ukraine, some Africans said they had faced racism and discrimination at the border between Poland and Ukraine.

Some Africans said officials rudely stopped them from crossing the border for days, despite the cold and their lack of food or other supplies, even as they let white refugees enter the country.

Social media users were outraged by some of the videos shared, with one clearly showing a Ukrainian border guard vehicle.

Thousands of young African students are studying in Ukraine, mostly from Nigeria, Ghana, Kenya, South Africa, Ethiopia, Somalia, and other countries, drawn by the high standard of education and low costs.

Nigerian Foreign Minister Geoffrey Onyeama called on his Ukrainian counterpart to clarify the situation. He said he had “expressed concern at the news of Ukrainian border guards hindering the exit of Nigerian citizens.”

Ukrainian Foreign Minister Dmytro Kuleba “asserted that Ukrainian border guards have been instructed to allow all foreigners to leave. He promised to investigate and revert quickly,” Onyeama tweeted.

South African students and other Africans were badly treated at the border between Ukraine and Poland, South African Foreign Minister Clayson Monyela also tweeted on Sunday.

However, Ghanaian Foreign Minister Shirley Ayorkor Botchwey said students from Ghana had not had any problems leaving the country, in a statement released on Monday.

She said 38 of the 220 Ghanaians who had left Ukraine so far had crossed the Polish border without any problems. However, more than 460 people are still on their way out of Ukraine to neighboring countries.

On Monday, Polish officials denied the accusations and a spokesperson called the social media reports “nonsense” in response to Deutsche Presse-Agentur’s (dpa) query.

“The officers of the Polish Border Guard help all people fleeing the war zone in Ukraine. Nationality or citizenship do not matter,” she said.

“These reports of bombs and missiles falling on civilian objects and even on kindergartens and schools mean that … we have more and more refugees on the Polish-Ukrainian border,” Morawiecki said.

Italy has declared a state of emergency until the end of the year to cope with the expected influx of refugees from Ukraine, the Council of Ministers in Rome decided on Monday.

The government can therefore take emergency measures in certain cases without prior consultations in Parliament.

The country also made available 10 million euros ($11.2 million) to organize the arrival of refugees.

Fewer people fleeing the conflict have so far reached Germany but 1,800 have so far arrived, according to the Interior Ministry. Most are from Ukraine, security sources said, but some are foreign students from other countries.

The authorities are currently preparing to dispatch aid, a ministry spokesperson said, with aid also to be provided to Ukraine’s neighboring countries.

In France, refugees from Ukraine can now travel by train for free. “The tragedy that is hitting Ukraine touches us all,” the head of the French railway company SNCF, Jean-Pierre Farandou, wrote on Twitter on Monday.

“Ukraine itself has offered many people protection from war and persecution in recent years, for example from Syria, Chechnya, and Somalia,” the refugee organization said.

Furthermore, Afghans evacuated from Kabul, and students from all over the world are also in Ukraine.

“The bombs make no differentiation as far as nationality or skin color is concerned, and just as little differentiation should be made at the borders,” said Karl Kopp, who heads Pro Asyl’s Europe section.