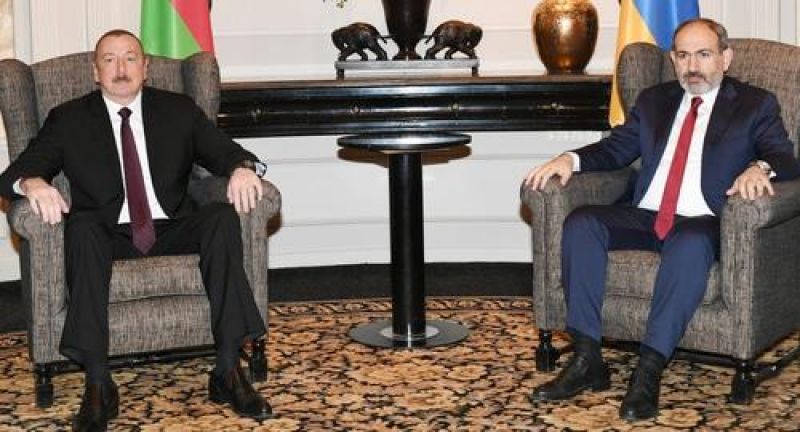 Panic in Armenian Politics Before The Aliyev-Pashinyan Meeting

On January 9, representatives of the anti-Pashinyan political bloc “Movement for the saving of the Motherland” met in Yerevan with Foreign Minister Ara Ayvazyan, and demanded to interfere with Pashinyan, who intends to yield to Aliyev at the talks on January 11, according to Azerbaijan in Focus, reporting Turan News.

Oppositionists Vazgen Manukyan, Ishkhan Saghatelyan, and Artur Vanetsyan met with the Minister of Foreign Affairs. The Armenian press did not report on the results of the conversation at the ministry.

Previously, Vazgen Manukyan, the opposition candidate for the post of the head of government, publicly called on the heads of the Foreign Ministry, the National Security Service and the Chief of the General Staff of the Armenian Armed Forces to prevent the adoption of anti-state decisions by Prime Minister Nikol Pashinyan. He stated that a meeting between Pashinyan and Ilham Aliyev is planned on January 11; in this regard, wide political and public circles express concern and anxiety.

Telegram channels reported that on January 11, Prime Minister Nikol Pashinyan intends to visit Moscow, where he will sign documents with Azerbaijani President Ilham Aliyev. In particular, according to these sources, the documents will address the transfer of some territories of Armenia to Azerbaijan, the opening of a corridor linking Azerbaijan with Nakhchivan, as well as the withdrawal of Armenian troops from Nagorno-Karabakh. There is no official information about the upcoming visit of the head of government to Russia yet.

The Armenian society is worried about Pashinyan’s intention at the speedy negotiations. Nikol Pashinyan posted:

“1. Full implementation of clause 8 of the Statement. Accordingly, there must be a full exchange of prisoners, hostages and other detainees, as well as the bodies of the dead. It is also important for us to conduct extensive search and rescue operations in the combat zone.

Once again, I draw your attention to the fact that there is no word “corridor” in connection with “Meghri” or any other territory of the Republic of Armenia in the Statement signed on November 10.

The choice of communication routes from Armenia to Russia and from Azerbaijan to Nakhchivan is a topic for a separate discussion. The main  condition for the effectiveness  of such discussion is the increase of the volume and efficiency of work on the exchange of prisoners, hostages, other detainees, bodies of the dead, as well as searches for the missing,” Pashinyan wrote in the social network.

In Moscow, Pashinyan may face unfriendly attitude of the Armenians living in Russia. Ara Abrahamian, the head of the Union of Armenians of Russia appealed to the Prime Minister of Armenia Nikol Pashinyan with request to resign, and not go to Moscow, where, according to unofficial information, a document on Karabakh will be signed.

Issues related to the exchange of prisoners and the search for missing persons were discussed. Contacts between the two departments in this area continue, the message says.

Some details of yesterday’s secret meeting between the heads of the National Security Councils of Armenia and Azerbaijan, which took place on the border of Nakhchivan, appeared in the Armenian telegram channels.  It is reported that the Azerbaijani village of Kerki (Tigranashen) inhabited by Armenians will be transferred to Azerbaijan within 5 days.