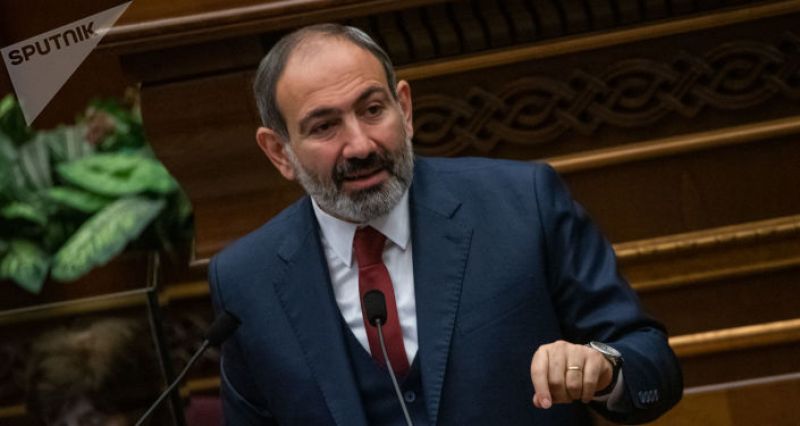 Pashinyan on demarcation, negotiations and the corridor

Armenian Prime Minister Nikol Pashinyan is confident that the demarcation and delimitation of borders with Azerbaijan should start as soon as possible. He declared that at the Parliament on Tuesday, August 24, according to Azerbaijan in Focus, reporting Turan News.

“I regret that due to the political frenzy it turned out impossible to achieve the planned results in spring. The unstable situation on some sections of the Armenian-Azerbaijani border poses a serious threat to the beginning of this process,” Sputnik – Armenia quotes Pashinyan.

Also, he stressed the necessity of tit-for-tat withdrawal of Armenian and Azerbaijani troops in keeping with Soviet maps. It was on this principle that the work was carried out on the Teh-Meghri section and the Armenian side is ready to move in this direction.

It should be remembered that the opening of communications in the region will make it possible to break the long-term blockade of the country and thus turn into an important tool for creating a favourable environment around Armenia, Pashiyan stated calling for the intensification of the work of the trilateral commission to attain specific results on unblocking communications.

To his thinking, this process is escalating due to the “non-constructive and provocative “statements of the Azerbaijani side about certain corridors”. At the same time, he acknowledged that the opening of communications will allow Yerevan to have transport links with Russia and Iran through Azerbaijan while Baku will be able to make a contact with Nakhchivan through Armenia.

“However, the opening of communications cannot be carried out to the prejudice of interests and security of Armenia and Nagorno-Karabakh,” Pashinyan said.

As viewed by the Prime Minister, Yerevan is ready for constructive negotiations on Nagorno-Karabakh within the framework of the OSCE Minsk Group co-chairmanship.

“The Co-Chairs stated that the conflict in Nagorno-Karabakh has not been resolved, so a comprehensive and long-term resolution to the conflict should be taken on the basis of well-known principles, including the non-use of force, the right of nations to self-determination, territorial integrity,” Pashinyan noted as saying that Armenia was ready for top-level talks to obtain specific results.