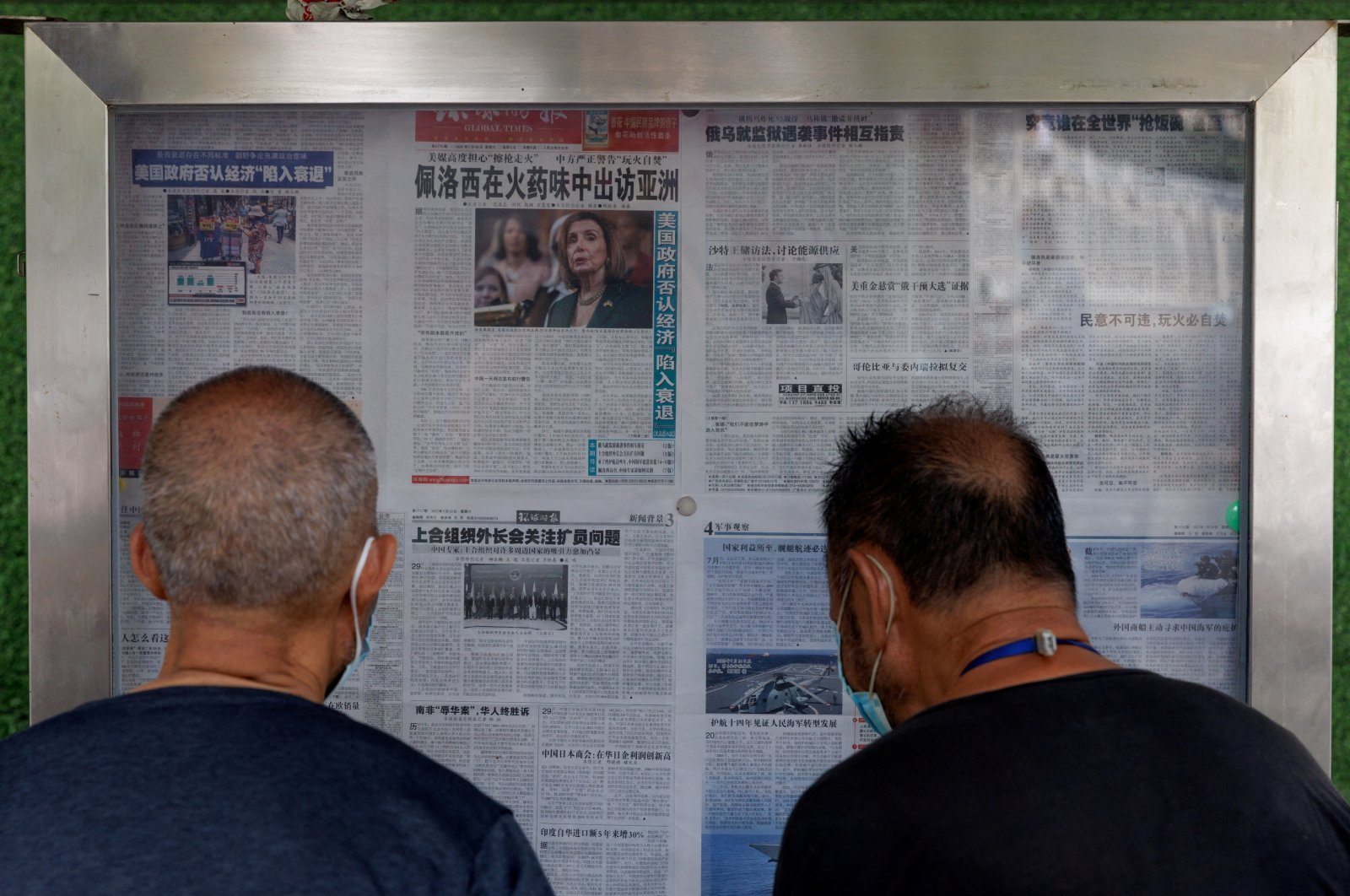 U.S. House of Representatives Speaker Nancy Pelosi is set to visit Taiwan on Tuesday, according to sources, while a separate report said she would meet the president of the self-ruled island claimed by Beijing, which warned its military would never “sit idly by” if the trip took place, according to Azerbaijan in Focus, reporting Daily Sabah.

Pelosi, who began an Asia trip earlier on Monday in Singapore, is due to spend Tuesday night in Taiwan, two people briefed on the matter and several media outlets said.

China has warned that its military would never “sit idly by” if Pelosi was to visit Taiwan, which would mark the first trip by a House speaker in 25 years.

The Liberty Times newspaper said Pelosi was scheduled to visit Taiwan’s parliament on Wednesday morning before continuing her Asia trip.

The United Daily News, citing unnamed sources, said “related officials” were told to receive Pelosi, who is set to arrive in the capital Taipei on Tuesday evening at the soonest and spend the night there.

Taiwan’s Foreign Ministry said it has no comment on reports on Pelosi’s travel plan and no further information to share with the media.

Amid widespread speculation over whether she would make a stop in Taiwan, Pelosi’s office said on Sunday that she was leading a congressional delegation to the region that would include visits to Singapore, Malaysia, South Korea, and Japan. It did not mention Taiwan.

One source told Reuters that the United States had informed some allies about Pelosi’s visit to Taiwan. Another source said Pelosi was scheduled to meet some activists who are outspoken on China rights issues during her stay in Taiwan.

Chinese Foreign Ministry spokesperson Zhao Lijian said earlier on Monday that it would be “a gross interference in China’s internal affairs” if Pelosi visits Taiwan, and warned that it would lead to “very serious developments and consequences.”

“We would like to tell the United States once again that China is standing by, the Chinese People’s Liberation Army will never sit idly by, and China will take resolute responses and strong countermeasures to defend its sovereignty and territorial integrity,” Zhao told a regular daily briefing.

Asked what kind of measures the PLA might take, Zhao said: “if she dares to go, then let us wait and see.”

China views visits by U.S. officials to Taiwan as sending an encouraging signal to the pro-independence camp on the island. Washington does not have official diplomatic ties with Taiwan but is bound by U.S. law to provide the island with the means to defend itself.

A visit by Pelosi, who is second in the line of succession to the U.S. presidency and a long-time critic of China, would come amid worsening ties between Washington and Beijing. Republican Newt Gingrich was the last House speaker to visit Taiwan, in 1997.

A video by the People’s Liberation Army’s Eastern Theater Command, which showed scenes of military exercises and preparations and was posted on state media sites on Monday evening, urged troops to “stand by in battle formation, be ready to fight upon command, bury all incoming enemies.”

The White House dismissed China’s rhetoric as groundless and inappropriate. “It is not uncommon for congressional leaders to travel to Taiwan,” National Security Council spokesperson John Kirby said in an interview with CNN early Monday.

“We shouldn’t be, as a country, we shouldn’t be intimidated by that rhetoric or those potential actions. This is an important trip for the Speaker to be on and we’re going to do whatever we can to support her.”

During a phone call last Thursday, Chinese President Xi Jinping warned U.S. President Joe Biden that Washington should abide by the one-China principle and “those who play with fire will perish by it.”

Biden told Xi that U.S. policy on Taiwan had not changed and that Washington strongly opposes unilateral efforts to change the status quo or undermine peace and stability across the Taiwan Strait.

On Monday, Taiwan Premier Su Tseng-chang did not directly respond when asked whether Pelosi will visit on Thursday, as local media had speculated.

“We always warmly welcome visits to our country by distinguished foreign guests,” he told reporters in Taipei.

Shi Yinhong, an international relations professor at Renmin University in Beijing, said that if Pelosi visits Taiwan it would prompt the strongest counter-measures by Beijing in years, but he did not expect that to trigger a major military conflict.

“China has reiterated in no ambiguous terms its opposition to Taiwan separatism. The U.S. has reiterated many times its one-China policy has not changed and that it is against any change to the status quo by either side of the Taiwan Strait,” he said.

“Unless by accident, I am sure neither side would intentionally take military action that could lead to a major security risk.”

“PM Lee highlighted the importance of stable U.S.-China relations for regional peace and security,” it said.

Beijing considers Taiwan to be part of its territory and has never renounced using force to bring the island under its control. Taiwan rejects China’s sovereignty claims and says only its people can decide the island’s future.

Last Wednesday, Biden told reporters he thought the U.S. military believed a Pelosi visit to Taiwan was “not a good idea right now.”

On Monday CNN, citing a Taiwanese official and a U.S. official, both unidentified, said Pelosi was expected to land in Taiwan in the coming days and stay overnight.