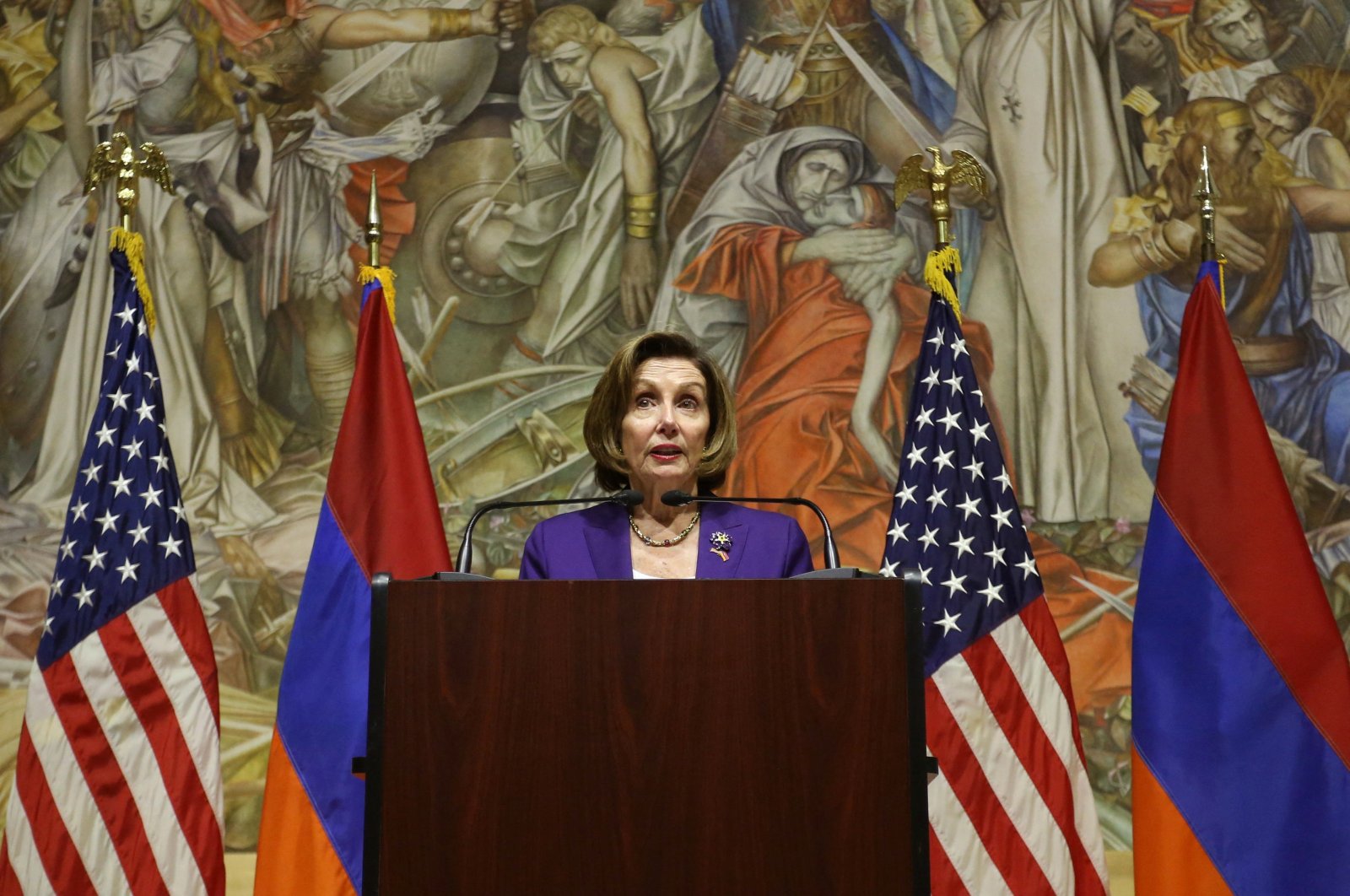 Pelosi’s ‘unfair’ remarks are a blow to peace efforts

Azerbaijan’s Foreign Ministry on Sunday scolded U.S. House of Representatives Speaker Nancy Pelosi for claiming that Baku had started a border conflict with Armenia, saying the “unsubstantiated and unfair” remarks were a serious blow to peace efforts, according to Azerbaijan in Focus, reporting Daily Sabah.

Pelosi on Sunday strongly condemned what she said were “illegal” border attacks by Azerbaijan on Armenia, using a visit to the Russian ally to pledge American support for its sovereignty.

“The unsubstantiated and unfair accusations leveled by Pelosi against Azerbaijan are unacceptable,” the foreign ministry said in a statement. “Pelosi is known as a pro-Armenian politician.”

“This is a serious blow to the efforts to normalize relations between Armenia and Azerbaijan,” the foreign ministry said, casting Pelosi’s remarks as “Armenian propaganda.”

Azerbaijan’s Foreign Ministry repeated its position that the fighting was the result of “a large-scale military provocation” by Armenia, a narrative rejected by Yerevan.

“Currently, the cease-fire is being observed and the escalation of the situation has been prevented,” the foreign ministry noted.

Azerbaijan’s Foreign Ministry said Pelosi’s remarks were an attempt to cater to Armenian-Americans ahead of the U.S. midterm elections.

“It is unacceptable to transfer the domestic political intrigues on the U.S. agenda and lobbying interests to the South Caucasus region through Armenia,” the foreign ministry noted.

Pelosi’s comments, it said, were perilous.

“Such unilateral steps and baseless statements serve not to strengthen the fragile peace in the region, but, on the contrary, to escalate tensions,” the foreign ministry said.