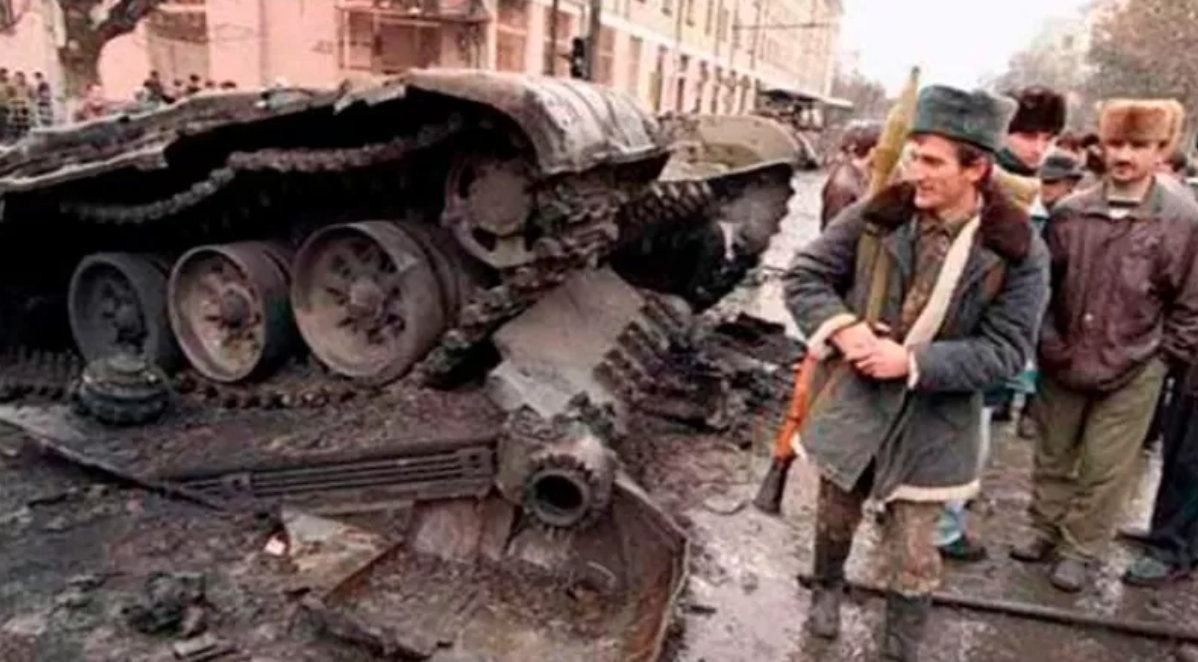 It’s been nearly a month since Russia illegally invaded Ukraine, and its forces have been unable to achieve their goals, according to Azerbaijan in Focus, reporting Turan News, citing the Pernagot.

So far, Russians have taken Kherson, and the Ukrainians have launched a counterattack there. While Russians control Berdyansk, nearby Mariupol hasn’t fallen, Pentagon officials assess.

“We are on day 26 the Russians have clearly not achieved many, or almost all of the objectives that … we believe they were setting out to achieve,” Pentagon Press Secretary John Kirby said on Monday.

“They wanted to get after population centers so that they could take control of key ports, key cities, key government institutions. And supplant the government of Ukraine with one more friendly to Russia and then, basically, over time, erase the sovereignty of Ukraine,” Kirby explained.

“The Ukrainians are fighting, as you all have seen very, very easily for yourself, how bravely they’re fighting to defend that city,” Kirby said.

“I think what we’re seeing here is the Russians have been flummoxed, they’ve been frustrated. They have failed to achieve a lot of their objectives on the ground.”

In response to that, Kirby said,  Russian forces have stepped up long-range fires on cities they hope to take in an effort to weaken them.

“They are essentially still stalled outside Kyiv, outside Kharkiv, outside Chernihiv and so many other places that they are stepping up their – what we in the Pentagon here call long-range fires, bombardment from afar,” he added.

“Whether that’s cruise missiles, ballistic missiles, artillery fire, they’re lobbying an awful lot of hardware into these cities to try to force their surrender.”

Those bombardments, he said, have increased in the last few days and are taking a toll on civilians and civilian infrastructure.

“That’s resulting in more civilian casualties, more damage to residential areas, hospitals, schools, and innocent victims at greater rates and at greater numbers,” he said. “And … in many ways, it’s largely indiscriminate.”

One reason the Russian military may have failed to achieve its goals, Kirby said, involves logistics, sustainment and other basic military functions.

“They’re still having fuel problems… They’re still having trouble feeding some of their troops. They’re having trouble with command and control on the ground, so they’ve made missteps of their own. And that would also include what we in the Pentagon called ‘jointness.’ We don’t see a level of integration between their air forces and their ground forces with any level of efficiency,” Kirby added.

For Pentagon officials, there has not been a lot of maritime activity since the start of the invasion, though in the last few days there’s been increased maritime activity in the Black Sea aimed at Odessa.  Still, the lack of jointness extends to the Russian navy as well.

“It appears as if a lot of these operations are being conducted in silos, not necessarily integrated across the force,” Kirby said.

Another reason the Russians are not having the success they might have hoped to have is the exceptional resistance put up by the Ukrainians themselves, Pentagon believes.

“I would say that Ukrainians have been extraordinarily effective at preventing the Russians from achieving air superiority by the agility and the nimble way in which they are marshaling their own air defense resources,” he said. “And that includes everything from aircraft to surface-to-air missile systems, both short-range and long-range.”

Washington in its turn continues to provide such systems to the Ukrainians, per Pentagon officials and is also working with allies and partners to help find others who are also willing to provide assistance.

The Pentagon is “actively working” to fill out this most recent drawdown package for Ukraine, Kurby said, and that “shipments will be arriving very, very soon.”

Speaking about media reports regarding the death of 6 Russian generals, a senior U.S. defence official said on Monday that they were not able to verify those reports independently, albeit in their opinion it doesn’t “tell anything in particular about Russian command-and-control.”

“It makes sense that they would have senior leaders, even general officers in the field for an invasion of this size and scale, for them, anyway. I mean, they haven’t done anything on this size and scale, really, ever. From a conventional perspective, they’ve got an awful lot committed to the fight, so there’s a certain logic to making sure that you have general officers in the field.”

In the meantime, the official said, “we believe that they are having command-and-control problems just in terms of communications.”

“This is another one of those logistic/sustainment issues that we’ve seen them struggle with. I mean, they just weren’t fully prepared for operations of this intensity for this long on so many different multiple lines of attack, and so we do see them having some command-and-control difficulties, both in terms of a military operational concept issue — in other words, being able to integrate air to ground, being able to make decisions in real-time effectively, but also from a physical perspective, just in terms of their ability to communicate over established links.”

Overall, the senior official reinstates that the Russian forces “haven’t achieved anything, in terms of what we assess to be their objectives, which is population centers so that they could occupy and take over Ukraine.”

And rather than demoralizing the Ukrainians, the official said, “this kind of violence has only motivated [Ukranians] more, which means that they’re resisting more, which means the Russians continue to get frustrated and flummoxed and kind of stuck where they are.”