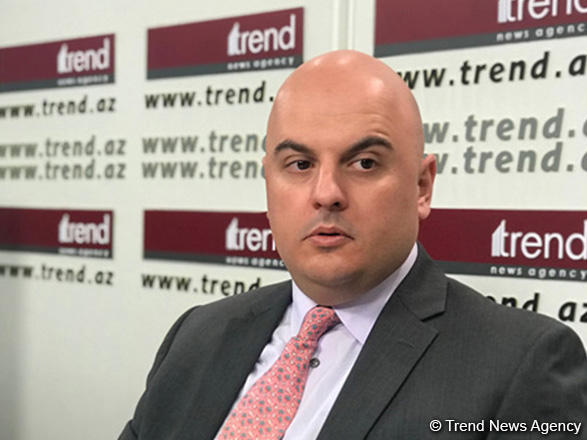 Armenia will be supplied with natural gas from Russia, through the territory of Azerbaijan, this is a tremendous geo-strategic move that connects, unlike any other time, the governments of Azerbaijan and Russia, said Peter M. Tase, US expert, strategic adviser on international affairs and public diplomacy to governments, universities, and corporations in Europe and the Americas, according to Azerbaijan in Focus, reporting Trend News.

“The major beneficiary of this gas pipeline corridor is the people of Armenia. This agreement between the Russian company Gazprom and Azerbaijan’s state oil company SOCAR is a symbol of great cooperation between both countries and Baku is considered as a key strategic player not only by Moscow but also other countries in the region. The transportation of natural gas to Armenia, through the territory of Azerbaijan, must awaken the conscience of Armenian authorities. Armenian political elite must pay a greater attention to what the government of Azerbaijan is doing to strengthen the economic cooperation in the region, benefiting directly the people of Armenia,” he said.

Tase noted that the latest deal between Baku and Moscow is an outstanding geopolitical move made by Azerbaijan and it will ensure a growing commercial cooperation, simultaneously having a positive impact in the bilateral political dialogue between Azerbaijan and Russia.

Russian gas will be temporarily transported to Armenia through Azerbaijan due to the repair of the North Caucasus – Transcaucasia gas pipeline.

“For this reason, the Russian side requested Azerbaijan to allow to temporarily transit its natural gas to Georgia through its territory and the sides reached an agreement on paid transit,” said Ahmadov.