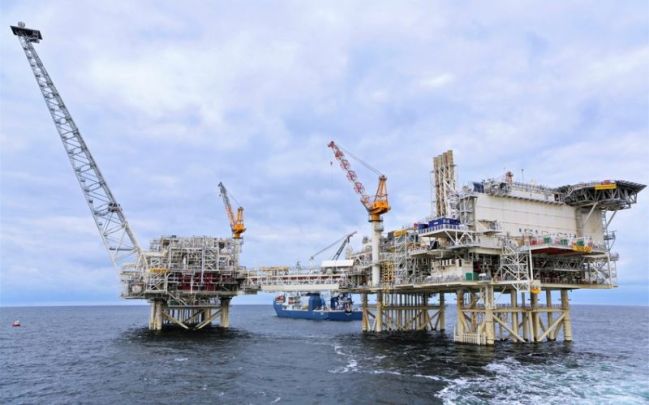 The share of the Malaysian company Petronas, which was 15.5%, has been redistributed in the Shah Deniz gas field project. According to Azerbaijan in Focus, reporting Turan News, BP will acquire 1.16 percent of Petronas shares in Shah Deniz for $ 168 million and will own a 29.99 percent stake in Shah Deniz, remaining the operator of the field.

Initially, all 15.5% of the Malaysian company was going to be acquired by LUKOIL. Now the Russian company will buy back 9.99%, and the transaction amount is proportionally reduced from 2.25 to 1.45 billion dollars. After the purchase of 9.99%, LUKOIL’s stake will increase to 19.99%.

SOCAR (the State Oil Company of Azerbaijan) acquired another 4.35% of the Petronas stake. Her share in the project thus increased to 14.35%.

Iranian company NICO (10%) and Turkish TPAO (19%) are also participants in the project.

The contract for the development of the Shah Deniz field was signed in Baku on June 4, 1996. The Shah Deniz gas condensate field is located in the Azerbaijani sector of the Caspian Sea, 70 km southeast of Baku. The produced gas is sold in the markets of Azerbaijan, Georgia, and Turkey. From December 31, 2020, raw materials are supplied to European countries via the Southern Gas Corridor.

In 2021, production at the field is expected to reach 21.3 billion cubic meters of gas and 31.8 million barrels of condensate.