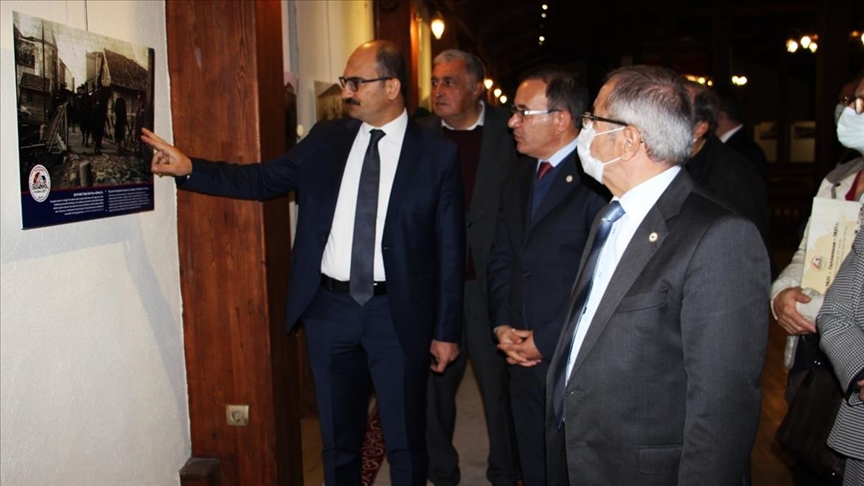 A photo exhibition about White Russians, who migrated to Turkey’s Gallipoli district after the Bolshevik Revolution in 1920, opened Monday at the Ataturk Cultural Center in Canakkale province.

The exhibition depicts the expatriate lives of White Russians in Gallipoli for one year.

A book, “Turkish-Russian brotherhood:100 years,” was also introduced during the exhibition.

“Our valuable teachers, who have done very valuable work, have brought to light this hospitality that has been forgotten or is on the verge of being forgotten…. Turkish hospitality will continue forever,” said Governor of Gelibolu district Bekir Abaci.

Mayor Mustafa Ozacar said some of the Gallipoli photographs taken by White Russians were restored and colored and 51 special photographs were presented to the attention of the visitors.

This article originally appeared in Anadolu Agency on 23 Nov 2021.