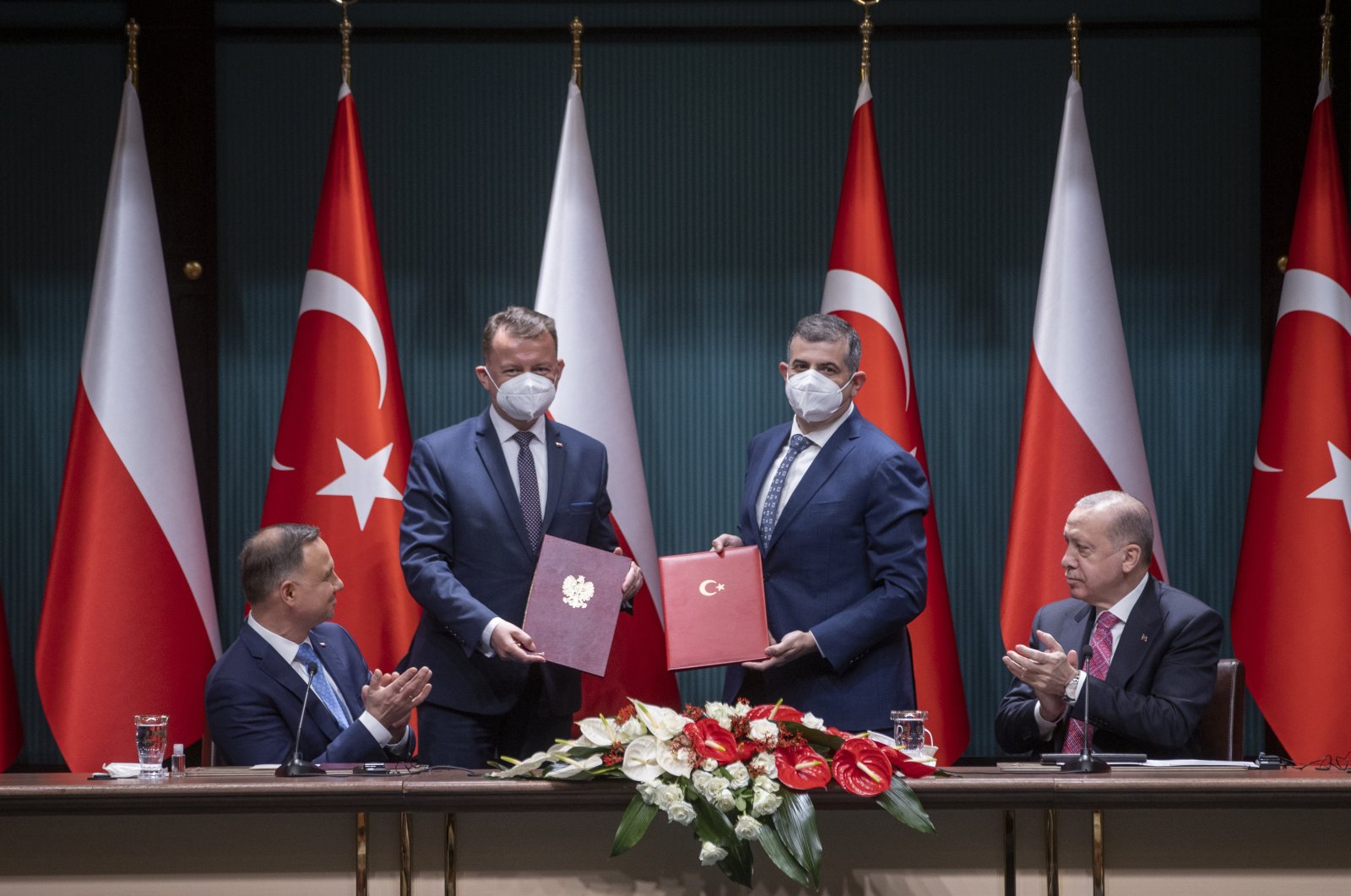 Poland buys 24 Turkish drones in first for NATO and EU

The deal will be a boost for the Turkish defense sector, which Erdoğan has said should meet the country’s own military hardware requirements and export to allies abroad.

The sale was announced during a state visit to Ankara by Poland’s President Andrzej Duda, who will head to Istanbul on Tuesday to visit the Greek Orthodox Patriarchate and Polonezköy, a village established by Polish emigres fleeing retribution after the 1830 uprising.

In a joint press conference, Erdoğan hailed the drones saying, “We are one of the best three, four countries in the world” for the hardware.

“We’re really happy to share this experience, capability and opportunities with our NATO ally,” he said.

Poland will buy 24 Bayraktar TB2 drones from the private Baykar company, which has also exported the TB2 model to Ukraine, Qatar and Azerbaijan.

Turkish drones have gained in popularity since the hardware was deployed in Syria, Libya and Azerbaijan during conflicts that were prominently covered around the world.

Duda described Turkey as Warsaw’s “strongest ally” in its region, saying he believes that the two countries can fend off outside threats from within NATO’s framework. The Polish president also said that Erdoğan was very positive on his offer to establish a trilateral dialogue including their Romanian counterpart, saying both Poland and Romania are part of the Bucharest Nine security group.

Erdoğan noted that the $2 billion achieved in the first quarter of 2021 shows that Ankara and Warsaw are heading towards their $10 billion goal.

The two leaders also signed deals for the tourism, agriculture and sports sectors.

This article originally appeared in DAILY SABAH on 24 May 2021.