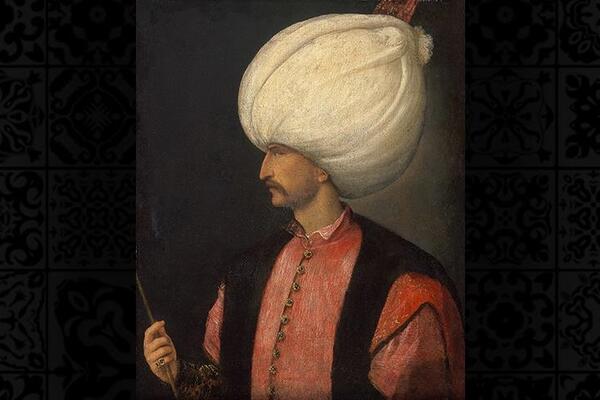 Portrait of Ottoman Sultan Suleiman the Magnificent goes to auction

A rare 16th-century portrait of Suleiman the Magnificent, the longest-reigning Ottoman sultan, will be auctioned by Sotheby’s.

The painting, which is part of an ex-family collection in France since the 19th century, will look for a buyer on March 31 in an online auction.

The painting is a likeness of two 16th century portraits, according to the auction house. It is associated with a portrait attributed to Cristofano Dell’ Altissimo in Galleria Degli Uffizi, Florence, and a smaller portrait of Archduke Ferdinand II exhibited in Kunsthistorisches Museum, Vienna.

“This painting is a newly found version of this likeness, showing Süleyman The Lawgiver – Kanuni Suleyman, as Turks know him (1494-1566) — allegedly at the age of 43,” the auction house’s catalog said.

“This was about the time he conquered Iraq from the Safavids of Iran and roundly defeated the fleet assembled by the Pope and his allies at the Battle of Preveza,” it added.

The painting “opens a window onto a narrative of artistic exchanges between Venice and the Ottomans in the 1530s,” according to Sotheby’s.

The auction on March 31 will also include rare Ottoman velvet work from the “distinguished collection of Edgar Vincent, 1st Viscount d’Abernon.”

The painting is part of a larger auction advertised as the “Arts of the Islamic World & India including Fine Rugs and Carpets” by Sotheby’s.

The auction will also see a “fine illuminated Qur’an made for the chief justice of Jerusalem and Nablus, copied by Abu al-Fadl Muhammad ibn Abd al-Wahhab al-Shafi al-Sunbati al-Araj, Egypt, Mamluk, dated 1514,” which is estimated to sell at a price between 300,000 and 500,000 pounds.

A Kum Kapi silk niche rug with silk and metal thread brocading made in Istanbul in around 1900 is also among the highlights of the auction.

“A magnificent mother-of-pearl overlaid casket, North-West India, Gujarat, circa 1570-1600,” and artifacts of Islamic astronomy are also put up for bidding.

This article originally appeared in Hurriyet Daily News on 24 March 2021.