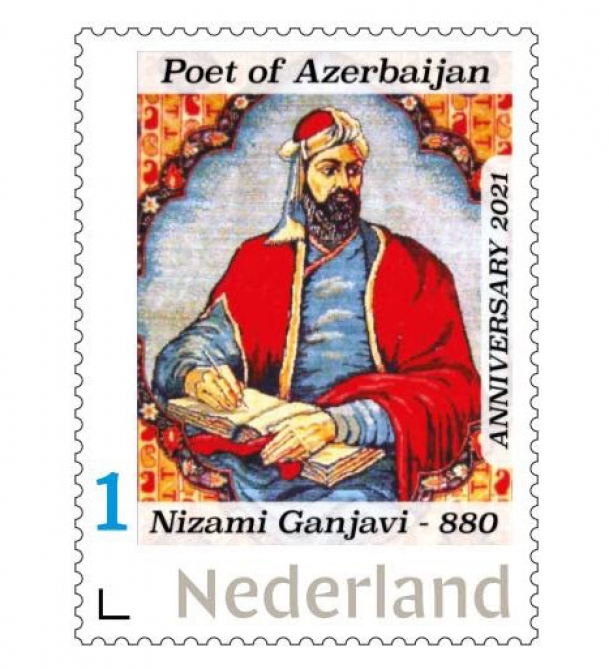 A postage stamp marking the 880th anniversary of the great Azerbaijani poet and thinker Nizami Ganjavi has been released in the Kingdom of the Netherlands, according to Azerbaijan in Focus, reporting AzerTac.

The stamps, which depict the poet and read “Nizami Ganjavi – 880”, were issued on the initiative of Azerbaijan`s Embassy to the Netherlands.

According to President Ilham Aliyev’s Order, 2021 was declared a Year of Nizami Ganjavi in Azerbaijan.