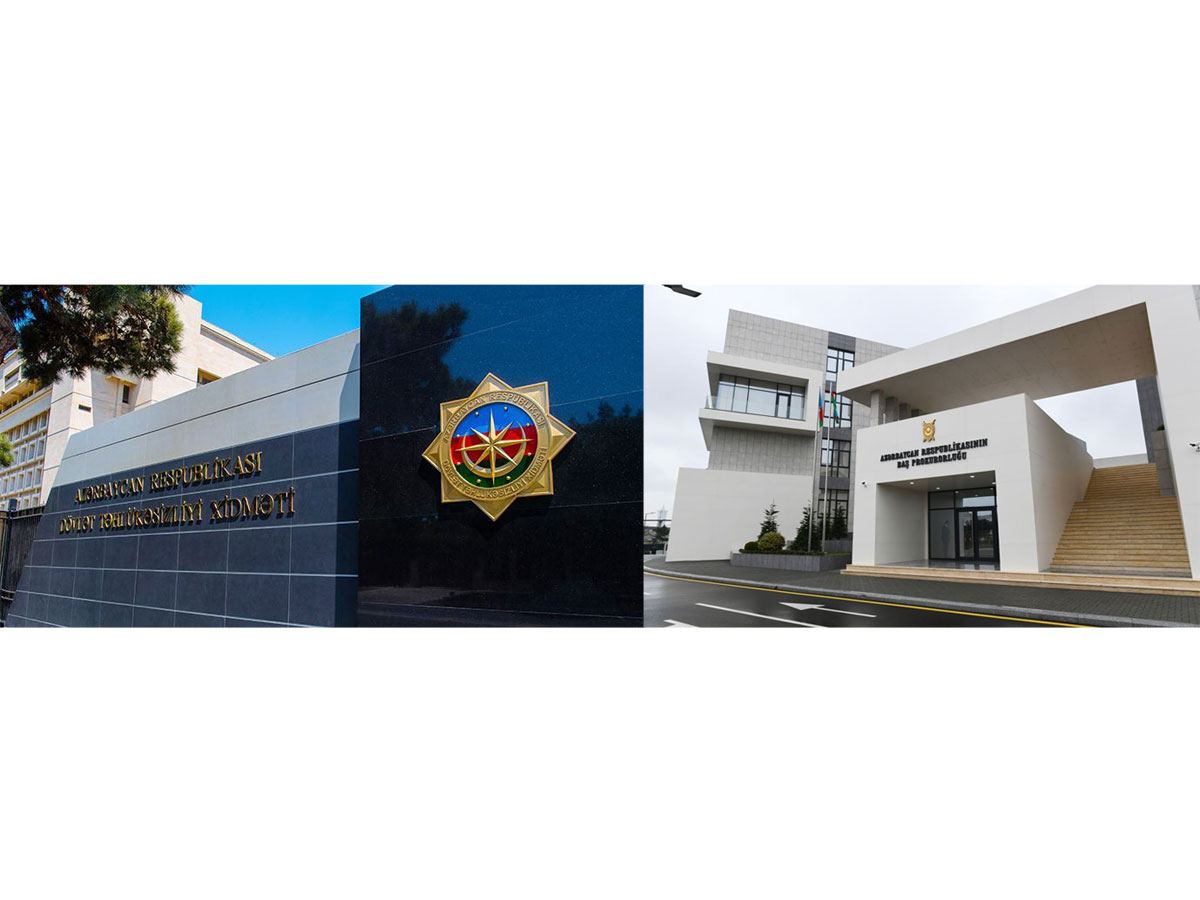 The preliminary investigation of the criminal case against 26 more members of the Armenian armed formations who committed terrorist-subversive and other criminal acts on the Azerbaijani territory has been completed, according to Azerbaijan in Focus, reporting Trend News, referring to the State Security Service’s website, as well as the joint information of the State Security Service and the Prosecutor’s General Office.

Thus, the preliminary investigation of the criminal case initiated by the Main Investigation Department of the Azerbaijani State Security Service against the members of the Armenian armed formations disarmed as a result of the anti-terrorist operation of the State Security Service on December 13, 2020, who committed terrorist-subversive and other criminal actions on the Azerbaijani territory, has been completed.

The investigative bodies revealed that a group of Armenian citizens, illegally acquiring weapons, components for the weapons, ammunition, explosives and devices, created armed formations not envisaged by the law.

The members of these armed formations illegally crossed the state border of Azerbaijan on November 26-27, 2020 as an organised group, took up the combat positions in the forest and other areas in the northwestern part of the Hadrut settlement of Khojavend district.

Those individuals attacked enterprises, institutions and organisations, as well as individuals, organised explosions, fires and carried out other terrorist actions that posed a threat to the life and health of people until December 13, 2020, which may have caused big damage to the property or lead to other socially dangerous consequences to violating public safety, sow panic among the population or influence the decision-making by the state authorities of Azerbaijan or international organisations.

Earlier, the public was informed that the investigation into the criminal case against 14 members of this illegal armed group was completed and, together with the indictment, was sent for consideration to the court.

The investigation of the criminal case initiated in connection with the above-mentioned facts against other members of the illegal armed group, Andranik Mikaelyan, Setrak Soghomonyan, Rafik Karapetyan and others, in total 26 accused, has been completed.

Thus, the investigation has been completed under Articles 214.2.1, 214.2.3 (terrorism committed by a group of people upon prior conspiracy by an organised group or criminal association (criminal organisation) by using firearms and items used as weapons), 228.3 (illegal acquisition, transfer, sale, storage, transportation or carrying of weapons, components for weapons, ammunition, explosives and explosive devices by an organised group), 279.2 (an attack on enterprises, institutions, organisations or individuals as part of armed formations or groups not envisaged by the law) and 318.2 (illegal crossing of the state border of Azerbaijan by a group of people upon prior conspiracy or by an organised group) of the Criminal Code of the Republic of Azerbaijan.