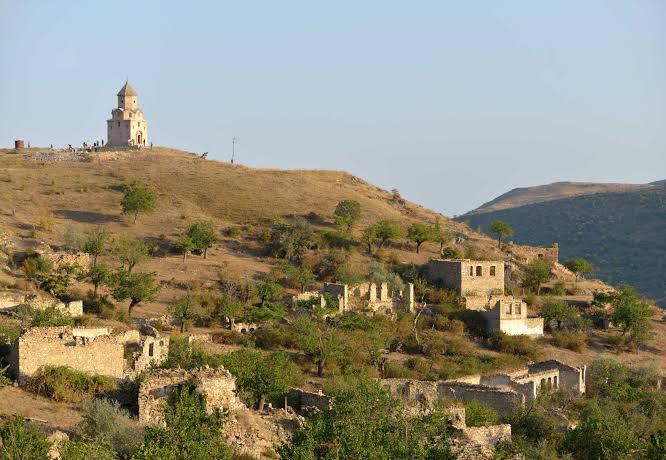 President Aliyev: It Was Important To Liberate Hadrut for Shusha Operation To Succeed

It was important to liberate Hadrut for the Shusha operation to succeed, President of the Republic of Azerbaijan Ilham Aliyev said during a visit to Fuzuli and Khojavand districts after raising the state flag in Hadrut settlement, according to Azerbaijan in Focus, reporting Trend News.

“After the liberation of Hadrut, we headed for Shusha. It was important to liberate Hadrut for the Shusha operation to succeed. Again, we approached Shusha from a direction the enemy was not expecting us. We liberated Shusha from the invaders by crossing mountains, valleys, steep cliffs, by climbing those cliffs. Therefore, the Hadrut operation will have a special place in the world’s military books,” the Azerbaijani president said.