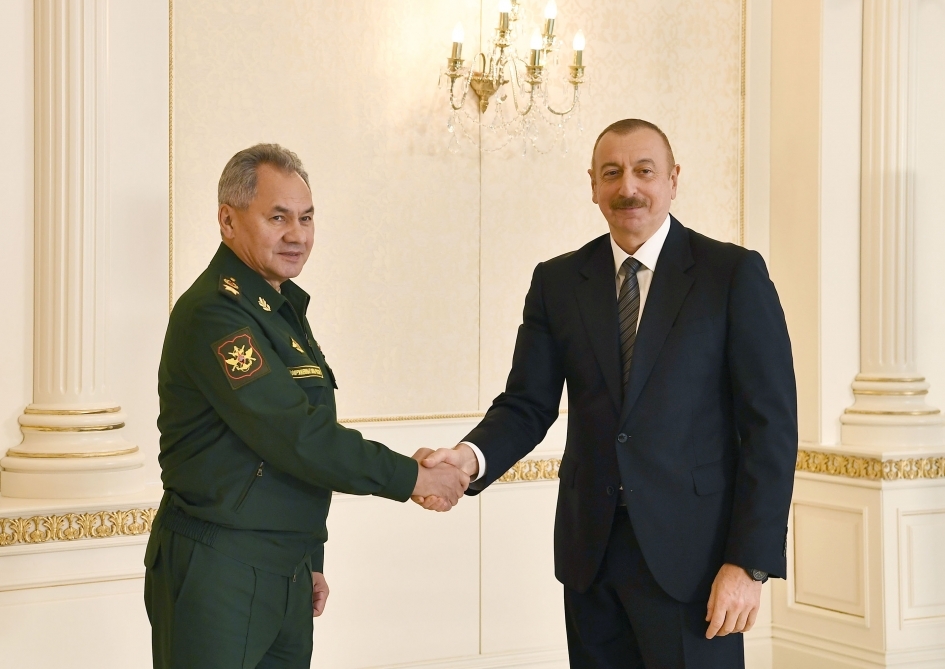 When receiving a delegation led by Sergei Shoygu, Russian Defence Minister, according to ‘Azerbaijan in Fous’, reporting AzerTag, Azerbaijani President Ilham Aliyev commented: “We welcome the active course of negotiations between the Russian Federation and Turkey on the establishment in Azerbaijan of a Joint Monitoring Centre. We consider this to be a very important element in strengthening regional stability and security.”

He continued: “We are also grateful to the Turkish leadership and personally to President Recep Tayyip Erdogan for his participation in creating the prerequisites for the cessation of hostilities. The fact that both Russia and Turkey, two friendly neighbouring countries, will participate in measures to observe the ceasefire and exercise control speaks volumes for the strengthening of the format of interaction between our two neighbouring countries and the framework of regional co-operation.

“I do hope that the current ceasefire and our further plans to normalise relations with Armenia, if perceived positively by the Armenian side, can create a new situation in the region, being one of co-operation and strengthened stability and security. Everyone will benefit from this, and the peoples inhabiting our region, our neighbours and the whole world will become more secure.”